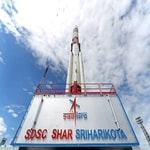 Scientists were scheduled to launch the countdown to the PSLV C-48 at 1.25 pm on Tuesday from its first launch site at the “Shar” Satish Dhawan Space Center in Nellore district at 3.25 pm Wednesday. The instructions and trial for the satellite launch were successful on 9th December and set a countdown. During the countdown, some adjustments are made. This mission would launch a total of 10 satellites into space. Besides, PSLV C-48, which will be launch on Wednesday and the PSLV series is expected to complete a half-century. ISRO is involving in this project while launching the rocket. Finally, Pslv C-48 is on current affairs.

Abu Dhabi is the leading Sports tourism Destination in the world. World Travel Awards is held in Muscat to represent sports tourism. Besides, Abu Dhabi also stands at the top in West Asia’s Leading Business Tourism Destination. Abu Dhabi got this fame by conducting the FIFA World Cup 2017 & 2018, UAE football Tournament, Asian Cup 2019, and other World Games. This is the only country taking lead in conducting sports events every year. United Nations World Travel Organisation, UNWTO declared the Abu as one of the fastest-growing sports tourism destinations. World Travel Awards are given to celebrate distinction in the travel, and tourism sector. Thus, WTA awards are on today’s 10 December 2019 Current Affairs. 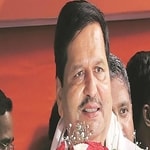 Mangal Prabhat Lodha, head of Macrotech Developers has become the wealthiest person in the real estate market in the country. He’s worth the crore of Rs 31,960. According to a joint report from India’s “Hurun-Grohe” firms, Lodha has twice overtaken the Realty wealthiest person in the country. Besides, Lodha is currently the president of the Mumbai branch of the BJP. It is estimated that the income among 100 people is Rs 2,77,080 crore. The real estate rich list-2019-is up 17 percent compared to the previous year, according to a survey from Hurun-Grohe India. Of these hundred, 37 are residents of Mumbai. Eight of the top 100 people are women. Thus, Hurun-Grohe is on 10 December 2019 current affairs. 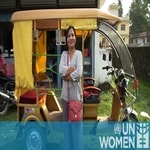 The 10th December is the Day of Human Rights. The UN has conducted several campaigns over the past two weeks aimed at the field of gender equality and equal opportunities. The UN branded “Elimination of Violence Against Women” day on 25 November. From Nov 25th programs are intended to ensure that the rights of women are recognized as human rights. The United Nations acknowledges that women, regardless of their social, mental, and physical needs to count them as part of sustainable development. A survey of 129 countries showed that no countries were achieving total equality between men and women. Denmark is in the first position in Women’s Rights and Security. Nevertheless, some countries aiming for equality between men and women achieve better results. 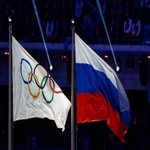 Russia was in the top 5 of the medal table from the Summer Olympics hosted by Atlanta in the Rio Summer Olympics. In 1996 Atlanta took second place with 63 awards. In 2000, Sydney finished second with 89 medals. Athens finished third with 90 medals in 2004. Third place in Beijing with 60 medals in 2008. In 2012, London fourth with 68 awards. 56 Medals finished fourth in the 2016 Rio Olympics. The 1992 Barcelona Olympics competed as a’ unified team’ for the first time since the breakup of the Soviet Union. The Winter Olympics were also dominated by Russia. The Russian team topping the two-time rankings in the top-5 in 1994 and 2014. Thus, Russia is top in consecutive years for medals in the Olympics. Finally, Russia is on 10 December 2019 current affairs news.

Sathwika won gold in women’s singles tennis in South Asian games. With 294 medals, including 159 gold, 91 silver, and 44 bronze, India is currently top of the list. With 195 medals Nepal came in second. India is in the ring in another event and we have an opportunity to cross the 300 medal mark. In the 2016 South Asian Games, India received the highest number of 309 medals. Indian Sathwika made a clean sweep in the tennis singles game. Besides, Manish Suresh Kumar won the gold medal in the men’s singles. Thus, India is seeing to get the 300 medals on 10 December 2019 current affairs. 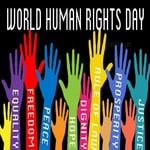 World Human Rights Day is celebrated on the 10th of December every year. National Commission will take on the Human Rights (NHRC) cases. The highest incidence cases are in the states of North India compared to the Southern and Northeastern states. The NHRC will enter the field in case of a violation of human rights. Victims can complain directly in certain situations. Every year, NHRC investigates and prosecutes cases of violations of human rights in the country. More than 90,000 cases filed annually across the country. Besides, The UP ranked first in NHRC cases, according to a report of NHRC in 2016–17. Odisha is in second, Delhi in 3rd, Haryana in 4th and Bihar in 5th. Finally, NHRC is on 10 Dec 2019 current affairs. 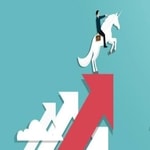 India is ranked 129th in the World Human Development Index. The United Nations publishes Monday’s 2010 Review of the United Nations Development Program (UNDP). The top three were Denmark, Switzerland, and Ireland. Nigeria ranks in the bottom 189th and Pakistan in 152nd. The list consists of 189 countries. According to UNDP spokesman Shoko Noda, from 2005 to 16, 27.1 crore Indians survived. India ranked 130th in 2018. The report reveals that significant changes in education and medical care have occurred over three decades of development, both in deprivation and in the life expectancy of Indians. Finally, India with 129th rank is on today’s 10th December 2019 current affairs.