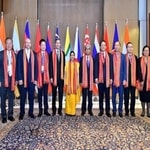 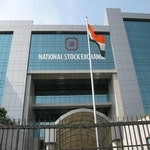 Interest rate options of 10 year Government bonds are launched by National Stock Exchange on Dec 9th. After launching these options more than 50 trading members signed on the bond. On the first day of the launch, NSE got a turnover of 5926 contracts. Market participants and institutional investors can use these options. Interest rate options are based on India’s government 10-year bonds i.e the 2029 bond of 7.26% and the 2029 bond of 6.45%. Besides, For every 3 months, the contract will expire and cash-settled in that month only. NSE achieved the daily turnover of 1,480 crores in this financial year on that profits, It is planning to provide interest rate options on 10-year govt bonds. Thus, NSE with new options is on 11 December 2019 current affairs. 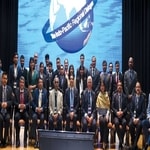 Indian Ocean Dialogue 2019 is going to be held in New Delhi on 13th Dec. This is the 6th dialogue and taken initiation by the Indian Ocean Rim Association (IORA). This year IORA came up with the new theme: “Indo-Pacific: Re-imagining the Indian Ocean through an Expanded Geography“. The main purpose of conducting this dialogue is to maintain cooperation between academics and experts. The Indian Ocean is a place for 6.7 billion people on promoting Academic, Science and Technology Cooperation which is an IORA Action Plan from 2017 to 2021. Besides, the Indian Ocean Rim region is a passing place for many container ships and responsible for global commerce. Thus, IOD is on 11 December 2019 current affairs. 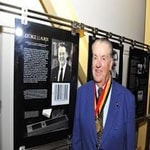 We will barcode on most of the products all over the world. Barcode is nothing but the data which represents in bars to make the system readable. George J. Laurer is the inventor of the barcode system died on the 10th Dec 2019. He developed the first barcode or universal Product code in 1973. George was an electrical engineer and made coding patterns for representing the data. He started his career as a junior engineer in the IBM company and made research on data representations. First, He developed a bar code for the grocery stores and then promoted to senior-level engineer. However, 6billions products are going for barcode scanning for a day all over the world. Thus, the Barcode inventor is on 11th December 2019 current affairs. 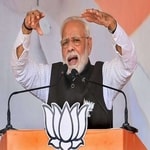 Sabka Sat Vikas Sabka Vishwas Sabka Bharat Vijay Let’s restore a powerful and inclusive India is the tweet “Narendra Modi tweeted after the 2019 election results. This tweet enters into the people faster than the bullet particularly the youth. Besides, Twitter rocked by unexpected retweets and Modi’s tweet likes. Thus Modi tweet became the “Golden Tweet Of The Year 2019″. This was officially announced by Twitter. Prime Minister Modi tweets to encourage the youth and motivate youth towards Nation. Thus, Modi encouraged the Indians with ” Together We Prosper, Together We Build, Together Wins the Nation”. Finally, Golden Tweet 2019 was on 11 Dec 2019 current affairs. 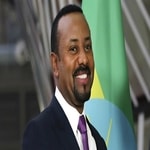 Abiy Ahmed who is the prime minister of Ethiopia’s received the Nobel Peace Prize 2019. He made several attempts to attain global peace and finally achieved co-operation between all the countries. He is the fourth prime minister of Ethiopia and ruling the country since 2018. The main reason for noble peace to him is: He ends the 20 years of conflict territorial tie between Ethiopia and Eritrea. He accepted the award on the support ultimate sacrifice of Ethiopians and Eritreans who are responsible for the establishment of peace. 100th Noble Prize in the 2019 year presented to the Abiy Ahmed. Finally, Abiy peace efforts with the noble prize are on 11 December 2019 current affairs. 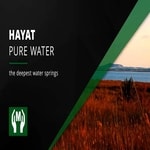 A bottling facility has been set up by the leading hospitality Park Hayat Hotel company in Hyderabad. This is the country’s first Internet of Things (IoT) Water Purification plant. To this point, the company made an agreement with WaterHealth India. “Thomas Hyatt, vice president of Park Hyatt South India explain the specialties of the water plant that are plastic waste recycling and water conservation. Hayat has 30 hotels in the country at present. Besides, Vikas Shah, WaterHealth’s COO, said about 50 lakh tons of plastic in the country mixed with land or sea. “It is possible that there will be a water crisis in the country by 2040. Because we have a 17 percent share of the world population and water resources is just 4%. Thus, the First IoT water conservation plant is in today’s current affairs. 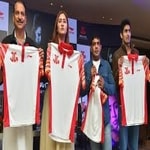 Under the leadership of the Indian badminton player, Gutta Jwala opened a new sports academy. The academy is located in Sujata High School in Moinabad, district of Rangareddy. The academy has 14 badminton courts and a state-of-the-art gymnasium and named as “Gutta Jwala Academy of Excellence“. In addition, the academy teaches badminton, cricket, and swimming. The inauguration event attended by Indian star boxer Vijender Singh and by parliamentarian Rajeev Pratap Rudy. Jwala gets a successful career in badminton and to train some students to work for the Nation. Thus, the Jwala Gutta academy is on 11 December 2019 current affairs.