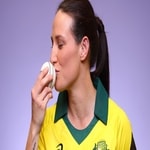 Australia women Cricketer Megan Schutt has created a record by taking the Hat-trick wickets. She is the first women cricketer, who has taken two Hat-Tricks in the one day international. This is the second time for Megan taking Hat-Trick. 1st Hat trick is against India in the year 2018 and second was against west indies on 11th Sep 2019. In 26 years, She is receiving all Australian hearts for creating a world record. This is the first hat-trick for Australia women’s team in one day international. Besides, Meg Lanning has created a milestone record by reaching the 6000 runs. Both created a sensation on the same day in Australian cricket history. 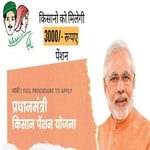 Pradhan Mantri Laghu Vyaparik Mandhan Yojana and Swarojgar pension schemes are launched by PM Narendra Modi. It has launched at the time of the one-day visit to Ranchi. And also Modi has the idea to place the foundation stones online for 462 Eklavya Model Schools across the country with 69 which will be established in 13 of Jharkhand’s 24 districts. In the earlier time, Jharkhand Chief Minister Raghubar Das along with the prime minister said that the new building of the state Assembly to be inaugurated. PM Modi also will originate from the multi-model vessel built on the banks of river Ganga in Sahebganj. 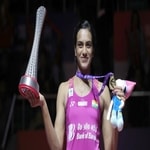 Indian Government has decided to honour the Badminton player PV Sindhu with the Padma Bhushan Award. Padma Bhushan is the third Civilian Award. PV Sindhu has awarded Padma Shri in the year 2015. She is the person who won the first woman world badminton championship. Due to world champion, the Government is going to honour the Padma Bhushan. Sports Ministry has released the eight-woman sportspersons who are eligible for Padma Awards. This is the first world record selecting women for Padma awards from the sports ministry. Sports Minister Kiren Rijiju will not final the total list to send the final list to Padma Awards Committee. 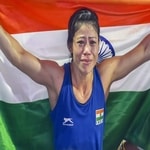 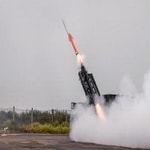 The DRDO has tested the Anti-Tank Missile at Kurnool research center on Sep 11th. The main aim of the research is to hit the targeted tank, which is in motion. DRDO (Defence Research and Development Organisation) has successfully launched the MPATGM (Man-Portable Antitank Guided Missile) at Kurnool. This is the 3rd generation Anti-Tank Missile developed by the DRDO with Low weight. DRDO Chairman Satish Reddy has launched this missile and Defence minister RajNath Singh Congratulated the DRDO team. The main feature of this missile is having infrared Image seeker with advanced avionics to attack the target in a top attack mode. 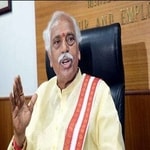 Bandaru Dattatreya is appointed as New Governor for Himachal Pradesh State. He is the 27th Governor of Himachal Pradesh. He was elected as a member of parliament for 5 times and took an active role in the development of BJP party. Kalraj Mishra is the previous Governor of Himachal is appointed as a Governor of Rajashtan. Dattatreya said thanks to the Prime minister Modi and Home minister Amit shah for giving responsibility as a governor. From 1965, He is going with Rashtriya Swayamsevak Sangh (RSS) to contribute Hindus development. In 2013, Bandaru is appointed as a National Vice President of BJP party. This year Governor at the age of 72 years. 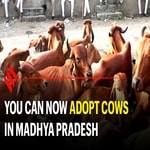 Madhya Pradesh Government is introducing online services for Cow Adaption on Sep 11th. The main aim of these services is to provide a portion of food at a reasonable cost. With these online services, everyone can buy cattle food as per the packages. For 15 days 1,100 rupees package and for 6 months 11,100 rupees. Anyone can order the food for cattle on the government portal and food will be delivered free of cost. Buying and Selling Cows are also availing on these services. The photos of the cows are uploaded in the site interested one can buy it. Not only these, but the Indian Government has also seeking Donors for Biogas plants, and for Borewells. 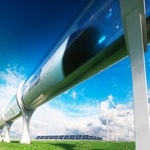 In Beijing, The hyperloop trains are introduced to travel far distances within a few minutes. The hyperloop trains will run at a speed of 500km/hr which is faster than the Aeroplanes. In the coming days, Hyperloop technology is going to be eco-friendly to the earth. This technology combines with MAD Architects to develop the plantation around the loop line. Trains will go fast in the pipelines because the intensity of air will not be more. MAD Technologies prepared a strategy for planting trees above the loop line for walkers and under the bridge within the pillars. Some Solar panels are also to be installed on the loop line and with the power of solar, Trains will be operated.