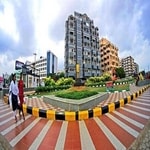 A survey conducted by Nambio on the cost of living of people in 352 cities of the world. The report showed that the low cost of living cities Vijayawada is at 350 and Visakhapatnam is at 351 ranks. Cities of Switzerland: Zurich, Basel, Lausanne, Geneva are in the top 5 positions. Rankings are given on the cost of living based on New York City’s index. Besides, the New York City Index is estimated to be one hundred percent by calculating the prices of essentials, jewelry, restaurants, transportation, and other necessities. Those prices are compared to other city prices. Therefore, the Nambio Survey on the cost of the living city was on 13 November 2019 current affairs. 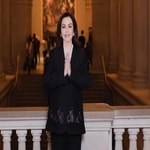 Reliance Industries chairman Mukesh Ambani’s wife Nita Ambani has been honored on the largest art museum in New York, promoting country arts and culture worldwide. Metropolitan Museum of Art Chairman Daniel Brodsky said Neeta Ambani’s support of the museum’s ability to study and display art from around the world has been a huge benefit. Thus, Nita Ambani appointed as the museum’s honorary trustee. The Metropolitan Museum showcases art that spans 5,000 years. Millions of billionaires and celebrities visit this museum every year. Besides, Nita Ambani is the Chairman of Reliance Foundation, a Reliance-based charity that runs a number of charitable events nationally, as well as culture and sports. Thus, Donor Nita Ambani occupies some space on 13 November 2019 current affairs. 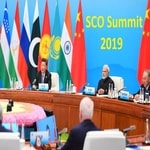 19th Shanghai Summit is going to held next year. India, China, Kazakhstan, Kyrgyzstan, Russia, Tajikistan, Pakistan, and Uzbekistan countries will attend the summit. Shanghai Cooperation Organisation has only six countries up to the 1996 year. In 2017, India and Pakistan added as full-time members. Thus, India’s first time is hosting a meeting of the heads of the governing council. Besides, 18th SCO’s council of heads of government meeting held at Tashkent in Oct 2019. The main aim of the summit is economic development and countering international terrorism. Rajnath Singh who is the Defense Minister of India attended the SCO Meet. Therefore, This time India is going to conduct SCO meet in 2020. 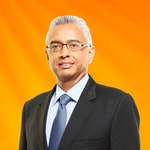 Pravind Jugnauth is appointed as the Mauritius Prime Minister on 13 Nov 2019. President Barlen Vyapoory accepts the PM promises and formed a 13 members cabinet. Previously, He works as a finance portfolio in the former government and also a leader of the Militant Socialist Movement. Besides, Pravind took good decisions on gender equality ministry and include newcomer Kalpana Koonjoo-Shah and the other two women into his cabinet. In the election campaign, Jugnauth praised his stewardship of the economy and conducted an infrastructure drive on the construction of an underground train. Mauritius is one of the most steady governments in Africa. However, Pravind is continuing as prime minister from 2017. 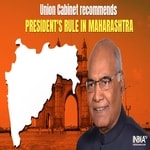 After the elections in Maharashtra, Any party did not form the government in the given time. So, Governor of Maharashtra Bhagat Singh Koshyari has imposed a president’s rule. Due to the equal majority in elections, Any two political parties should cope up to form the government. Governor has made several efforts to form a government with political parties. In the elections, BJP won 105 seats, Shiv Sena 56 seats, NCP 54 seats, and Congress 44 seats in the 288 constituencies. Congress, Shiva Sena, and BJP parties did not cooperate with the governor. Finally, the Governor chooses the presidential rule up to the formation of the new government or to conduct bi-elections.

Virat And Bumrah is at Top: 13th November 2019 Current Affairs 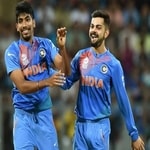 Virat Kohli and Jasprit Bumrah are top in ICC ODI rankings. Indian all-rounder Hardik Pandya is in the top-10 in the ICC ODI rankings. Kohli tops with 895 points. Rohit Sharma with 863 points placed in second with a fantastic performance in all three formats. Besides, Bumrah is in number one position in the bowling with 797 points. while New Zealand fast bowler Trent Boult ranks No. 2. As for all-rounders, England cricketer Ben Stokes ranked No. 1 with 319 points, followed by Afghan player Mohammed Nabi. Therefore, Virat Kohli and Jasprit Jasbirsingh Bumrah are happy with the ICC ODI Rankings. 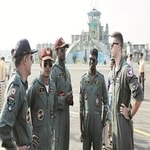 India and the US are involving in the First Amphibious Indo-US Joint Exercise on 13th Nov 2019. Forces of Army, Navy, and Airforce from India and the United States will practice the joint exercise HADR. Humanitarian Assistance and Disaster Relief exercise is a limited threat scenario. This exercise will strengthen the Indo-US necessary cooperation and defence sources. Naval ships Airavat, Jalashwa, Sandhayak, Army troops, and MI-17 helicopters will take involvement in exercise. Besides, Rapid Action Medical Team (RAMT) of the Air Force will participate to exchange medical treatment ideas. In addition, Tiger triumph exercise is going on between India and the US. Therefore, With this tri-services joint exercise countries will improve the security levels. 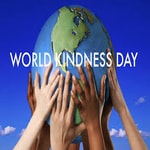 World Kindness Day is held on November 13 every year to remind people of the spirit of kindness. Kindness is an integral part of Indian cultural traditions. Helping those in need, adopting orphaned children, feeding the needy, helping children’s education are the services related to Kindness. The University of California, USA, raising the social consciousness. It will teach to promote compassion among the citizens and to inspire the leaders to establish humanistic society. Besides, they seek ways to prevent violence in men. Myanmar is on the top in the world’s Kindness rankings. The UK is in the second position and Canada is in the 10th position. Therefore, World Kindness Day every year celebrated on 13 Nov.