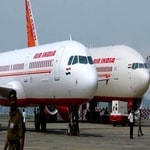 The Union Cabinet, led by Prime Minister of India Shri Narendra Modi, has given its endorsement to present the Aircraft (Amendment) Bill, 2019 for completing the revisions to the Aircraft Act, 1934. The Bill upgrades the maximum limit of fine from the current amount of Rs. 10 lakhs to Rs. One Crore. It also enhances the extent of the current Act to incorporate regulation of all areas of Air Navigation. The amendments would satisfy the needs of the International Civil Aviation Organization (ICAO). This will empower the three administrative bodies in the Civil Aviation part in India, to be specific Directorate General of Civil Aviation, Bureau of Civil Aviation Security and Aircraft Accident Investigation Bureau to turn out to be powerful, which will increase the level of safety and security of aircraft operations in the country. Thus, the Aircraft bill is on 14 December 2019 Current Affairs. 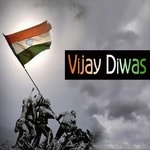 Vijay Diwa’s day was celebrated on 16th Dec every year to remember India’s victory over Pakistan in the year of 1971.  They celebrate this movement with three days which is from December 14 to December 16. During this period some events were held to commemorate the epic victory. A ceremony program will be held at “Vijay Smarak” at Fort William which is the Head Quarters of Eastern Command in Kolkata.  Defense Minster Shripad Yesso Naik, Chief of Army General Bipin Rawat, Air Force Chief Marshal RKS Bhadauria and Navy Chief Admiral Karambir Singh pay tribute at National War Memorial on the occasion of Vijay Diwas. Thus, Vijay Diwas is on 14 December 2019 current affairs. 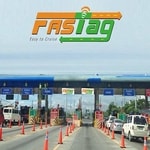 The Chief General Manager of National Highways Authority of India Amrendra Kumar taken an action about the toll fee. Amredra Kumar said that there is no need to stop the vehicles at the toll plaza for a long time to pay the tax. Every toll plaza in India was equipped with Electronic Toll Collection. It uses a Radio Frequency Identification (RFID) technology to collect the toll fee. While you passing the toll plaza the electronic toll will activate and collects money automatically from the FASTag. The RFID is connected to your savings account or prepaid account of the vehicle owner. He also said that the system is working correctly in all the toll plaza without making mistakes. If anyone crosses without FASTag through electronic toll they have to pay double charges for that ride. Finally, India with the new rule is on today’s current affairs. 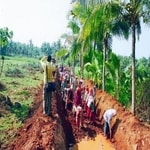 Chief Minister Mamata Banerjee announced that West Bengal has selected for the 1st prize in the 100-Day Work Programme for Promoting Livelihoods. She told that Bankura and Cooch Behar were got the first and second place among districts in India to introduce the rural jobs system, respectively. Besides, West Bengal has awarded the National Award-first prize for a 100-day work program to encourage and consolidate livelihoods, as stated by the Ministry of Rural Development, Government of India. Mamata Banerjee appreciated the product of the whole team’s determination, hard work, and creative work from the government, city, gram panchayat government officials on their jobs. Thus, West Bengal is in today’s current affairs. 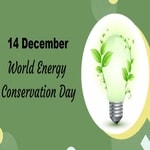 World Energy Conservation Day celebrated internationally on 14 December to highlight the importance of energy consumption and its use in our daily lives, its scarcity and its impact on global eco-systems sustainability. This focuses our attention on major energy-related issues facing the future of mankind. Thus, Ministry of Power’s Bureau of Energy Efficiency (BEE) to raise awareness of the value of energy efficiency and sustainability observed the National Energy Sustainability Week from 9 to 14 December 2019. BEE’s National Energy Conservation Awards Program awarded on the day to the winners. The World Energy Conservation Day is a great opportunity to help take the following initiatives: Being a civilized nation, we should concentrate on the interest of decision-makers (government and private sector) in guiding resources to energy generation on a larger scale from non-conventional sources. Thus, the World energy conservation day is on 14 December 2019 current affairs. 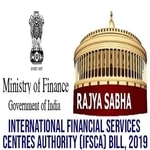 The Rajya Sabha passed the International Financial Services Centers (IFSCs) Authority Bill to create a single authority to regulate all financial services. The IFSC first set up in India at GIFT City in Gandhinagar in Gujarat. Rajya Sabha and Lok sabha pass International Financial Services Authority Bill, 2019, on a path that breaks the reform. It will create a world-class integrated regulator for international financial services that combine functions of RBI, SEBI, IRDAI, and PFRDA. Besides, IFSC’s dynamic nature of business requires a high degree of inter-regulatory coordination. There is a need for a unified financial regulator for IFSCs in India to provide financial market participants. Thus, the IFSC bill is on 14 December 2019 current affairs.