15 December 2019 Current Affairs: Are you preparing for bank exams or SSC exams then just read the latest current affairs to crack the exam. Jobads website analyzed the SSC and Banking exam candidates and finally concluded that the current affairs section is the success factor of many candidates. All the sections in the competitive exams will take more time to attempt. But, the Important Current Affairs section will have short and easy questions. In banking and SSC exams, time management is very much needed, So, Job aspirants should focus on the daily current affairs. Thus, start reading Today’s 15 December 2019 Current Affairs. 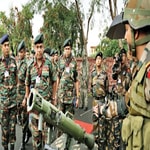 The two nations India and Srilanka have concluded the seventh edition of the 2 weeks joint military exercise program. It held in Aundh Military Station in Pune and named “Mitra Shakti”. The training program started on December 1st, 2019. In this exercise, there are a total of 120 troopers from the two nations are participating. Mitra Shakti witnessed by both nation army officers and defence officers. Srilankan troops were led by Major General HPNK Jayapathirane. The main aim of this 14 days joint military and army exercise is to improve the operational efficiency and coordination of these two nations. It also gives the best counter-attack to the terrorist groups, local area, out of the provenance, and other operational factors. Thus, Mitra Shakti is on 15 December 2019 current affairs. 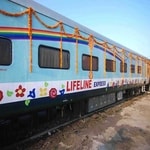 The Indian Railways launched the Lifeline Express, the world’s first wheel hospital, from CSMT on July 16, 1991, in collaboration with the Impact India Foundation, to provide free medical care to the poor living in remote corners of the country. Lifeline Express, the world’s first hospital train, reached Subedar railway station in the Uttar Pradesh district of Prayagraj on Saturday. For 20 days, the train will remain at the railway station until January 8, 2020. UP government spokesman and Cabinet Minister Siddharth Nath Singh, after carrying out a train inspection, said, “This train is the first moving hospital in the world to bless the needy and financially weak. The train equipped for treating several serious diseases. Lifeline Express has traveled through more than 20 countries, covering more than 12,32 lakh patients, including 1,46 lakh surgery cases. Finally, the World moving hospital is on 15th December 2019 current affairs. 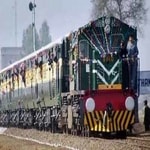 The Lahore-Wagah railway station service resumed operation on Sunday after a 22-year gap. The train can make three daily round trips and provide more than 1,000 passengers across three tours with the traveling service. The company would give trouble-free travel for hundreds of travelers to see the Wagah flag hoisting and lowering ceremony or tour to Jallo Park. “India and Pak restart the connection between Lahore Metropolitan City and its suburban through rail routes. Lahore-Wagah is a first move that follows in the next 15 days by another train from Lahore to Raiwind. Pakistan Railway Minister Sheik Rashid said that the train service is in operation until 1997 but closed for reasons of service and security. Finally, After 22 years Lahore- Wagah is on 15th December 2019 current affairs. 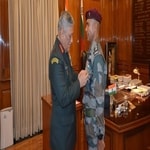 Swaroop Singh Kuntal has been awarded the Chief of Army Staff Commendation Card for winning Ultraman India 2019 by Army Chief General Bipin Rawat. Swaroop Singh is the first army man to do Ultraman in 27 hours 46 minutes. Ultraman is a World Championship multisport race that consists of 10 km swimming, 424 km cycling and 84 km running. This year the Ultraman World Championship held from November 23-25 in Delhi-Gurgaon by the Delhi International Triathlon. Kuntal finished Ironman Malaysia in 12 hr 14 mins in October 2019. Swaroop Singh Kuntal is also a tri-athlete, Ultramarathoner, Cyclist, Paratrooper, and IIITian. This Officer has made the Army proud by winning numerous adventure, triathlon, and ultramarathon events. Thus, Swaroop Singh is on 15 December 2019 current affairs. 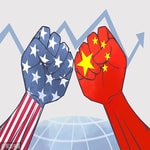 China and the United States have agreed on the text of a phase one economic and trade based on the principles of mutual respect and equality. The agreement includes the preface, intellectual property rights, technology transfer, food and agricultural products, financial services, exchange rate and transparency, trade expansion, bilateral assessment, and dispute settlement, which Chinese approved. Both the countries will comply earnestly to implement the provisions of the phase one deal, to promote the bilateral economic development and trade relations along with financial stability and safeguard the peace and prosperity of the world. Thus, the US and China with a new trade deal are on 15 December 2019 current affairs. 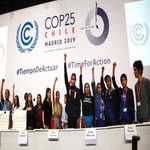 The COP25 was conducted on December 2-13 in Madrid city in Spain. This is a climate change conference and they are going to discussions about the climate changes in the earth. So many European countries are suffering from these global warming problems. so these countries want to reduce this problem. They wanted to reduce Global warming. These citizens have a Dialogue which is “Youth The European Green Deal“. These citizens held in Madrid during COP25 to share their ideas and views for the European Green Deal. In that Harjeet Singh Participated and he is the global lead on climate change for Action Aid from India. COP25 has two zones one is Blue and another one is Green. Finally, COP25 is on 15 December 2019 current affairs.