Latest Current Affairs of 16th Sep 2019: Many of the people are having a habit of reading daily Newspapers. What is the use of reading Newspapers in day to day life? Most of the people will see for time pass and some for political News. But news will help you to grow in all aspects. The Abbreviation of news is North East-West and South. In the name itself covering all the world. Everything in the news is not necessary for humans to develop. Businessmen will check for business news and sports persons will check for sports news. But students who are preparing for competitive exams, All the Business News, Sports News, and National News is necessary. For Job seekers Daily Current Affairs is the one of the main topic in most of the exams. So, Jobads is providing all the news which is required for Govt Exams in the form of daily current affairs. Check the 16th September 2019 Current Affairs at Below. 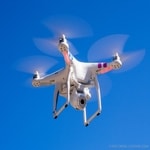 India is surveying to create a map of India with the 300 drones. This is the first time overlaying drone cameras to conduct the survey. India’s national survey and mapping organization are involved in this research. The main target of these drones is to cover 75% of India and also to digitalize the lands. The advantage of these drones is it can capture the images where a man cannot reach. Surveying and mapping will be easy with the drones. At present 30 drones are into the work and 270 drones are going to be operated in the next few months. If this was a success, total India will follow drone surveying and mapping. So, Indian Government is initiating the drone surveying. This is the main note on daily current affairs of september 2019. 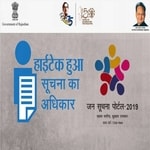 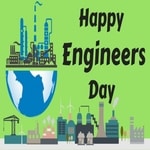 On September 15, Vice President M. Venkaiah Naidu and Prime Minister Narendra Modi Shared the wishes of Engineers’ Day. On the birth anniversary of Civil Engineer Mokshagundam Visvesvaraya, we celebrate as Engineers Day. PM Mode tweeted as “Engineers are synonymous with diligence and determination”. PM Modi wished all the hard-working Engineers and tribute to Sir M. Visvesvaraya. A civil engineer par excellence, he secured and controlled India’s water resources through dams as a visionary. Every Indian is grateful for his invaluable contributions. And also seminal contributions in engineering in irrigation and flood control. He was awarded for Bharat Ratna in 1955 for his contributions to the nation. This is the one of the top current affairs of Sep 2019. 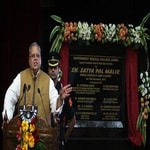 On 15th September 2019, Governor of Jammu and Kashmir Satya Pal Malik has launched the Medi-city project. The main thing in this project is to initiate the growth and development in the health care of Jammu and Srinagar. Many state governments are providing health insurance policies at free cost. So, J & K is also planning health insurance policies, First aid treatment awareness programs to grow and develop. Due to the terrorist attacks, many are got hurt in the Jammu and Srinagar. To provide complete medication, Jammu Government is providing the Medi-City plans. Governor said that many new govt and private hospitals are going to be constructed in Jammu and Kashmir. This plan has become a great one on 16th September 2019 current affairs. 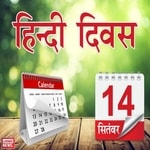 On the 14th of September 1949, Hindi was made as a Raj Bhasha i.e. National language of India. Every year in northern states of India is celebrating the Hindi Diwas day. All the schools, colleges, offices will speak completely in Hindi on that day. The main reason for opting Hindi as a national language is 40 to 50 percent of Indians know Hindi. So, they declared Hindi as the official language. Rajbhasha awards were awarded to some of the persons who are promoting the Hindi language. Amit Shah who is the Home Minister of India has presented the awards to promoters and congratulated them. Nearly 23 languages are spoken by the Indian people but the majority of the people will speak Hindi. So, Hindi Diwas has come on 14th September 2019 current affairs. 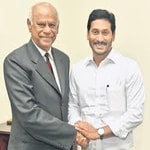 Andhra Pradesh government has elected P Lakshmana Reddy as the 1st Lokayukta. Lokayukta means an anti-corruption organization that investigates the official’s corruption. The main aim of Lokayukta is corruption-free governance. The term age for the Lokayukta head is 5 years. P Lakshmana Reddy is a retired judge of Andhra Pradesh high court. First, He started a career as an advocate in district court and finally became the judge in the high court. Biswabhusan Hairchandan, Governor of AP has given rights to Reddy as the head of the Lokayukta. The chief minister of Andhra Ys Jagan has congratulated the Lakshmana for gaining the chief position. This is one of the important questions for exams on 16th September 2019 Current Affairs. 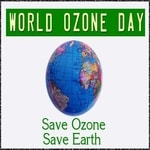 Every year 16th September is celebrated as International Ozone day. The ozone layer is the layer which is protecting the earth from the UV radiation. Whenever the radiation reaches the earth cancers will be the result to the humans. The World Ozone Day 2019 theme was to create an awareness to protect the ozone layer from the depletion. Ozone depletion occurs when pollution increases in the world. United Nations is requesting all humans to reduce pollution to a minimum by using the cycles. All the countries are planning to ban plastic to reduce plastic emissions. Using Eco-friendly products is safer for the ozone layer. So, This is the most memorable day on 16th September 2019 Current Affairs. 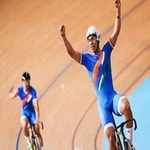 From the few days, Track Asia Cup cycling events are going in the Yamuna Velodrome at Indira Gandhi Stadium. In this cycling event, India has got 10 Gold medals, 8 Silver medals, and 7 Bronze medals. Ronaldo Latonzam has owned the fourth Gold medal for India. India has become a Champion in the year 2019. Uzbekistan has come in the second position with 4 gold and 3 silver medals. Malaysia positioned in 3rd place with four gold and 1 silver medal. Ronaldo is the fast sprinter cycler in the world who has won four gold medals in the cycling events. He was the Junior World Champion from the last 4 years. President of the Indian Cycling Federation, Onkar Singh has conveyed best wishes to the winners in cycling and also said that Government will help you in any need.