Day to Day Current Affairs of October: Bank Jobs such as SBI, IBPS, RRB give current affairs in their examinations as an important topic. Many job seekers fail to read the daily current affairs and not qualifying for any exam. Thus, Jobads offers job candidates with free current affairs to qualify in any competitive exams. By reading to the latest news from the top trending channels, this website provides top current affairs as quickly as possible. To see a successful life, Jobseekers and students can use these new current affairs. Therefore, let’s see the 17 October 2019 current affairs.

Visit Jobads for the latest Current Affairs of the October 2019. 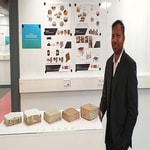 Researchers at IIT Hyderabad have developed bio-bricks using agricultural waste which are environmentally friendly and cost-effective. IIT Hyderabad Design Department Ph.D. Scholar R. Priyabrata Routray and KIT Architecture School Bhubaneswar Assistant Professor R. Avicroy researched the production of bio-bricks. He clarified that clay-made brick burning causes contamination of the atmosphere. So, bio-bricks is to solve this problem that was initiated in the 1990s. Besides, Priyabrata said that over 500 million tonnes of agricultural waste are generated annually in India. bio-bricks are more durable than clay bricks. They are not as strong as burnt clay bricks and cannot be used for weight-bearing structures. Therefore, Research is going on for better options with Bio Bricks. 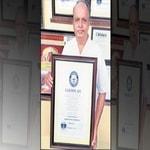 Dr. Sagi Sathyanarayana, a physician received 33 doctoral degrees for the Guinness World Records for the third time. There are 22 PhDs, 6 Doctor of Literature and 5 Doctor of Science. For the first time in 72 consecutive years of writing and publishing books, Dr. Sagi entered the Guinness World Records on January 28, 2016. He reached Guinness for a second time on April 28, 2016 for writing 125 books from April 2006 to January 2012. He has been listed for the third time this month in the Guinness World Records. Satyanarayana completed his MBBS education in Guntur. He has written a lot of articles on medicine, nutrition, general, religious, cultural, yoga, Vedas, and psychology. 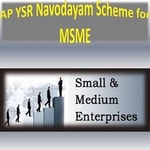 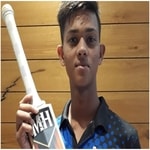 Yashasvi Jaiswal, a 17 year 292 day old Mumbai batsman became the youngest in the world to score in cricket a double century. Jaiswal is the Mumbai’s greatest cricket stars, overtaken Alan Barrow’s age record. Jaiswal is the ninth Indian in the world cricket scoring a double century. South African Alan hit a double century when he was 20 years and 275 days old. Jaiswal sold Pani puri and fruits to make money to keep his cricket dreams alive. During the Under-19 Asia Cup in Dhaka on October 2018, Jaiswal first came to the headlines. Besides, He is very driven, totally focused on cricket, and there’s nothing else that concerns him. Therefore, Teen cricketer, Jaiswal was on 17 October 2019 current affairs. 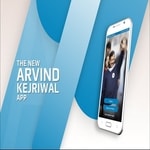 To stay in touch with the people and share the truth Delhi Chief Minister has launched the “Arvind Kejriwal” App. The Arvind Kejriwal app describes the governance model of Delhi. The achievements of the party are included in sectors such as education, transport, healthcare, empowerment of women. The AK app is available in Hindi and English and shows the Aam Aadmi Party’s journey. They will share the truth through this app whenever an attempt is made to spread false news against the Aam Aadmi Party. The AK App will help you to find out the AAP govt’s work in all fields. Therefore, Arvind Kejriwal App is on 17 Oct 2019 current affairs. 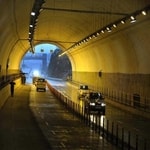 The longest tunnel in Jammu and Kashmir, the Chenani-Nashri NH-44 tunnel, will be renamed as Shyama Prasad Mukherjee. Nitin Gadkari, Minister of Union Road Transport, said that the battle of Mukerjee for Kashmir, One Nation One Flag, has made a huge contribution to national unity. Shyama Prasad Mukherjee is the founder of Bharatiya Jana Sangh. The two-way tunnel cuts the distance from Jammu to Srinagar by 30 km. It is also known as the tunnel of Patnitop. Mukherjee was against Jammu and Kashmir on the account of special status. Prime Minister Narendra Modi inaugurated this long tunnel in 2017. Therefore, the Chenani-Nashri tunnel is on 17 October 2019 current affairs. 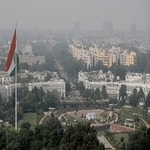 Debayan Saha, an IIT student from Kharagpur, invented the system that could neutralize vehicle emissions. The device name is “PM 2.5“, which would limit air pollution when fitted near the silencer pipe in vehicles. Particulate matter PM 2.5 systems use electrical energy and wave energy to manipulate toxins from the natural atmosphere. Eventually, contaminants of greater size are heavy and drop safely like dirt on the surface. Very low levels of air quality in Delhi affect visibility and cause residents inconvenience. His research on pollution reduction brought some solutions to pollution in India. Therefore, Saha with PM 2.5 on 17th October 2019 Current Affairs. 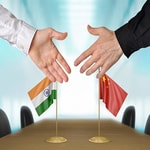 India and China conducted the first Education Joint Working Group meeting in Beijing. The main agenda of the meeting is the common recognition of qualifications. Secondly, the promotion of a greater exchange of students. Madan Mohan, director of Human Resource Development, discussed the benefits of the Scheme for Academic and Research Collaboration. Besides, He explains the Study Networks of Active Learning for Young Aspiring Minds (SWAYAM), the Global Academic Network Initiative and the Study in India program. There are so many Indian students studying various courses for higher studies in Chinese universities such as MBBS, M.S. Besides, This meeting gives students greater mobility to study in each other’s countries and encourages further exchanges of faculty. Therefore, India & China with education meeting was on 17 Oct 2019 Current Affairs.