Top Current Affairs of September 2019: In India, at present many students are becoming unemployed. The main reason for unemployment is the lack of jobs and lack of skills on daily current affairs. Any Govt Jobs exam will have the same subjects as Arithmetic, Reasoning, Current Affairs. Many of the job seekers are failing to qualify in the competitive exams due to the lack of knowledge on day to day current affairs. Job aspirants are not checking where they are behind in the subject. Many candidates who are preparing central govt jobs are mainly focusing on arithmetic, and reasoning only. But examiners are asking most of the questions from the daily current affairs. If the candidate focuses on top current affairs of the month then there will be 50 to 60 percent of qualifying chances. So Jobads is providing new summary on events, top current affairs by referring to all the news. Therefore, Check out the 17th September 2019 current affairs. 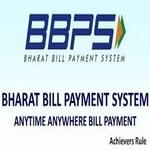 BBPS is an integrated online payment system in India. With the help of the Bharat bill payment system, any customer can pay the bill easily to the service providers. RBI Expands the coverage of BBPS. The expansion includes school fees, DTH services, electricity payments. Any payment system or mobile app should follow the RBI rules. The main advantage of BBPS is multiple payment modes with instant payment confirmation. Users can pay the bills where he was with internet access. National Payments Corporation of India will secure the user data and user data. Digital payments will reduce the cash inflow then the value of rupee increases. 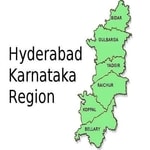 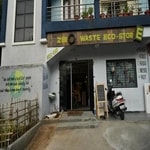 The first zero-waste grocery store is opened in Hyderabad. The store opened earlier this month to run the customers from the neighborhood and thanks to word-of-mouth publicity. Pankaj Sancheti, along with his wife Jyoti and sister Pratibha Jain are the team behind the store, and two other partners Suvibha Nolkha and Namrata Baldwa. Consumers are uses to shop daily for their primary needs. So, remember to carry on their own bags, bottles, and containers. If not the store provides you a few cloth bags, bottles and paper covers for a price. The customers are encouraged to get no plastic covers. Zero Waste Eco-Store has passed a straight forwarded a no-plastic rule and good to pack all the essentials called rice, pulses, oils in cloth bags and containers, and paper covers. This was a piece of important news on 17th September 2019 Current affairs. Union minister of commerce has started the Nirvik scheme on 16th Sep 2019. This scheme is also called as Export Credit Insurance scheme. Piyush Goyal addressing the conference says that Nirvik is the scheme to provide loans for exporters. Not only for loan purposes but also the insurance coverage will be for the exporters. Up to 90 percent of insurance coverage will be on the principal and the interest amount. With this scheme, India will make exporters competitive and create a friendly environment in exporting. The Export Credit Guarantee Corporation of India (ECGC) is responsible for Nirvik scheme. Thus, India is helping exporters in the form of export credit scheme. Finally, Nirvik is on the 17th of September 2019 Current Affairs. India is becoming Electronics manufacturing hub to expand in the mobile market. The Indian government is asking the apple and Samsung to start the manufacturing units in some states of India. Union IT Minister Ravi Shankar Prasad met with CEOs of Apple, Samsung, and other such companies in Delhi to expand the business in India. At present India is seeking for development of 5G technology. In the next few months, 5G mobiles are launched from the Indian government with the help of Apple and Samsung. Thus, India will become an international manufacturing Hub for mobiles. India has kept a target of 28 lakh crore electronics manufacturing system by 2025. Therefore India has come on September current affairs as Electronics hub. Russia introduces the world’s first floating nuclear power plant. Nuclear power company Rosatom has started floating power plant Academic Lomonosov in the Pevek, Chukotka port. Small modular reactors (SMRs) technology are employed for controlling nuclear chain reactions. It consists of two nuclear reactors with a capacity of 35 megawatts.  Nuclear ship is Nuclear Titanic because there is a large chances of disasters with nuclear ships in the icy regions. The main reason for initiating the Floating power plant in Chukotka is thermal plants are going to be closed. To generate power for this region Nuclear power plant has come into life. Thus, this news has someplace on 17th September 2019 current affairs. Cognizant CEO Brian Humphries selects the Ramkumar Ramamoorthy as a new chairman and managing director for Cognizant India. Ramamoorthy has 20 years of experience in handling the clients and plays a major role in developing cognizant. Previously, Ramkumar was the vice president of cognizant. Today onwards he will be the head of the Cognizant India operations. Ramkumar said thanks to CEO for appointing as a chairman for Cognizant India. He said that cognizant running successfully all over the world with client projects and also planning to coordinate with governments to make the countries digital. Hence, He came to know as new CMD of Cognizant India on 17th September 2019 current affairs. Safe cities summit 2019 was held on 16th Sep 2019 in Singapore. Japanese capital Tokyo is the safest city in the world. Not only Tokyo and other six cities from the Asia-Pacific region were in the top 10 positions. Besides, Mumbai and Delhi are ranks in the 45th and 52nd rank respectively in the world safe city rankings. Walter Lee who is the government relations leader of the NEC Global Safety Division said that to make the city safe, the Government should keep the digital identity of all citizens in cyberspace. All the cities should Strengthen the security to live safely and stable. India is planning to get more rankings in the Safe city listings. Thus it is one of the important notes on 17th Sep 2019 current affairs.