For Day to Day Current Affairs of December, Visit Jobads. 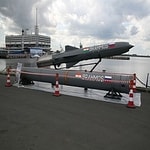 India conducted a trial on the Land Attack Version Of Brahmos missile on 17 December. DRDO is the organization that conducted the development trail of Brahmos at Chandipur Integrated Test Range which is at Odisha off-coast. Brahmos is a joint venture supersonic cruise missile of an Indo-Russian. The Brahmos first tested in the 2017 year and hit the target in the range of 450 Kms. The second time, Brahmos tested on Sep 2019 but results are not up to the mark. Previously, It holds only 200Kg payload and this time with 300Kg payload. Besides, Brahmos Aerospace Limited manufactured the Brahmos missile with a speed of 3700 Kmph. Finally, Brahmos was successful and was on 18 December 2019 current affairs. 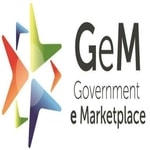 GeM Samvaad is a national program by the government of India to provide benefits for local sellers. For this purpose government launched a GEM portal, which Government e-Marketplace for sellers. Commerce Secretary Anup Wadhawan launched the program Samvaad in Delhi. The program will reach all the states and union territories of India from 19th Dec 2019 to 20 February 2020. In this program, GeM will provide 15 lakh products, 3 lakh service, and 40000 government organization buyers. The Indian government is helping the sellers with the GeM Samvaad program. Besides, Indian Sellers and Stakeholders are happy with the GeM programs. Finally, GeM Samvaad is on 18 December 2019 current affairs. 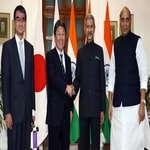 India and US countries ministers are involving in the 2+2 ministerial Dialogue 2019 in Washington. External Affairs Minister Jaishankar will discuss the external issues facing the world with the Us Secretary of State Mike Pompeo. Besides, Rajnath Singh who is the defense minister of India will discuss the ministry of defense issues with the Secretary of Defence, Mark Esper. To improve the security of the countries, Both are signing on some bilateral agreements. Besides, the US is signing on the transport of defense equipment to India. This is the second 2+2 ministerial dialogue held between India and the US. First 2+2 India, US ministerial dialogue held in the last year. Finally, India and the US with new bilateral policies is on 18 December 2019 current affairs. 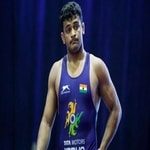 Deepak Punia achieved the title “Junior Freestyle Wrestler of the Year” at the United World Wrestling (UWW) annual awards. Deepak won gold in the 86kg category at the World Junior Championships in Estonia. He became the first Indian wrestler to become a junior world champion after 18 years. He won silver in the 86 kg category at the World Senior Championships in Kazakhstan’s. Besides, Deepak is the Cadet world Champion in the 2016 year. He also qualified for the Tokyo Olympics which will be in 2020. He also holds the world number one rank in this category. Finally, Deepak as world best junior wrestler is on 18th December 2019 current affairs. 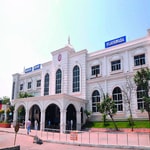 9 railway stations got ISO-14001: 2015 certification in the South Central Railway region. The certification is given based on hygiene and environmentally policies maintained at railway stations. The 9 stations are Hyderabad Nampally Station, Secunderabad, Kachiguda, Nizamabad, Basara, Vikarabad, Vijayawada, Kurnool, and Nanded station. Besides, The National Green Tribunal recently selected 36 stations to convert into eco-smart stations. Secunderabad and Kachiguda stations are also in the eco-smart station plan. These are some of the best stations in the southern region where travelers getting all the facilities. Finally, These stations get some status from the International Standards Organization. Thus, ISO Certifications is on 18 December 2019 current affairs.