Visit Jobads for the latest current affairs of October 2019. 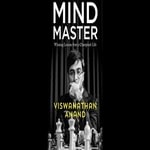 Hachette India has printed the chess player Anand life story in the ‘Mindmaster‘ book. This book consists of Indian Super Grandmaster Vishwanathan Anand how he was at top of the ladder and battle victories from his experiences. Besides, ‘Mindmaster’ – Winning Lessons from a Champions Life will be launched in December. He is the first Asian grandmaster in 1988. Success Lessons from a Winner’s Life from Anand. The Mindmaster book will be officially released on the 11th of December month. Journalist Susan Ninan has taken the history from chess master and recounted her career skills as a journalist. Therefore, Mindmaster’s book was on 18th October 2019 current affairs. 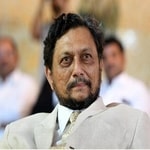 Justice Sharad Arvind Bobde is the new Chief Justice of India. The current CJI Justice Ranjan Gogoi is set to retire on November 17. Sharad Arvind is the senior after Ranjan Gogoi. He will be 47th Chief Justice of the Supreme Court. Bobde was born in Nagpur, Maharashtra on April 24, 1956, to an advocacy family. He studied law at SFS College, Nagpur University. Sharad was registered as an Advocate in 1978. He was a practiced lawyer in the Nagpur Bench of the Bombay High Court. In addition, He is serving as the Chief Justice of the Madhya Pradesh High Court. Besides, he was also the Chancellor of the National Law University of Maharashtra. Justice Bobde is currently serving as a Supreme Court judge. Finally, New CJI was on 18 October current affairs. 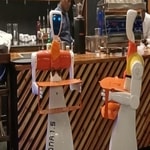 The First robotic restaurant opened in Bhubaneswar, Odisha. In foreign countries, it is common to have robot service but it is also slowly expanding to India. The robot chef’s restaurant opened in the Chandrashekharpur area of ​​Bhubaneswar has two robots moving around with men named Champa and Chameli serve customers food and then ask their opinion, ‘Are you happy?’. Besides, two robots are made in India with inspiration of Make in India. These robots work with Slam (Simultaneous Localization and Mapping) technology. There are 17 types of sensors, and with their help, they can remember nature, heat, smoke, and humans. These can be recharges for eight hours continuously. They can lift weight of 20 kg easily. They are also easy to charge. Full charge in just half an hour.

Chetak is Back Again: Daily Current Affairs Of 18 October 2019 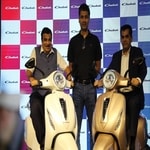 Union Road Transport Minister Nitin Gadkari launched Bajaj e-chetak Scooter. Gadkari said that environmentally friendly technologies like electric vehicles and biofuels will be the future. Chetak e-scooter can be charged for 5 hours at a time and offer an economy mode mileage of 95 km and sports mode of 85 km. In the desi two-wheeler industry, Hamara Bajaj Chetak scooter launched in the early 1970s created a sensation. Chetak is the Rana Pratap Singh’s fastest horse. In 2005, Bajaj stopped the production of scooters and concentrated entirely on motorcycles. Besides, Fast Adoption and Manufacturing of Electric and Hybrid Vehicles (FAME) program will provide a subsidy on the buying of electric vehicles.

Hyderabad is in 2nd in Digital Payments: Current Affairs of 18, Oct 2019 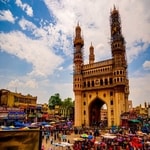 Razarpaye CEO and Co-Founder Shashank Kumar said that Hyderabad is second place in digital payments. Bangalore is at the top of digital transactions. Next to Hyderabad in Telangana, transactions from Secunderabad, Karimnagar, Khammam, and Warangal are increasing day by day. In Hyderabad, card usage decreased by 11 percent and UPS transactions increased by 58 percent. The financial services, food and beverages, and utility sectors accounted for 51% of the online transactions. He said that six lakhs of vendors like Zomoto, Book my Show and Airtel are using these services and that by 2020, 10 lakhs are expected. There has been insufficient cooperation between banks and fin-tech companies and the need to increase concessions in digital payments. 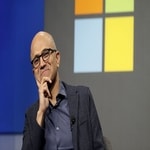 In 2014, Sathya Nadella, a Hyderabadi, became Microsoft’s CEO. Nadella got a $43 million package which was around Rs 305 crore in the last year. Compared to the previous year, this was a 66 percent huge increase. Most of the package is available under stock options around $30 million, while the salary is about $2.5 million. Besides, Satya received a package of $26 million in 2017–18. Last year, the organization has got very good financial results. Microsoft said the leadership of Satyam has made the efforts of customers to gain confidence, innovations in the company, and expanding operations into the market. Thus, Nadella with a 66% hike was on 18 October 2019 current affairs. 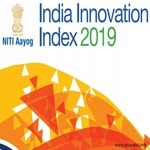 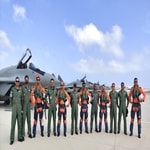 From 17 to 26 October 2019, the Indian Air Force participates in a 10-day bilateral exercise with Omani counterpart at Masirah Air Force base. MiG-29 will be exercising with the Eurofighter Typhoon F16 and Hawk of the Royal Air Force Oman. Eastern Bridge-IV exercise took place in Jamnagar, Gujarat in 2017. This year, “Eastern Bridge V” would boost connectivity between the two air forces during joint operations and provide a chance to learn from the best practices of each other. Besides, India and Oman’s armies took part in a joint exercise “Al Nagah III” at Jabel Regiment headquarters in Oman in March 2019. Therefore, the Eastern Bridge V exercise was on 18 October 2019 current affairs. 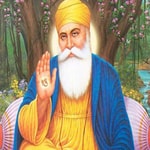 Union Minister for Road Transport and Highways, Nitin Gadkari has declared the National Highway Kapurthala that connects Gobindwal Sahib and ends Taran Taran in Punjab State as “Guru Nanak Dev Ji Marg.” This is a new National Highway with No. 703AA turning into the highway of Guru Nanak Dev Ji to mark Guru Nanak Dev’s 550th birthday. Guru Nanak, who was Sikhism founder and the first of the ten Sikh Gurus. Guru Nanak Gurpurab’s birthday is celebrated worldwide on Kartik Pooranmashi in the month of October & November. Besides, Guru Nanak traveled far and wide to teach people the truth of one God who dwells in all of the forms and is the ultimate truth. Therefore, the Guru Nanak Dev Ji highway was on 18 October 2019 Current Affairs. 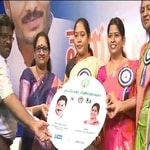 ‘YSR Kishore Scheme’ was launched on 17th Oct 2019. This scheme is to provide full protection and freedom for girls and women in the AP state. Home Minister Sucharitha and Minister for Women and Child Welfare Thanetti Vanitha has inaugurated the scheme. They consider that personal health is crucial in teens which are a lack of joint family. Besides, Women Commission Chairperson Vasireddy Padma was also present at the event. The women should be cautious and identify any problems against them, depending on the circumstances, and should quickly inform the police. Therefore, the Ap government works to increase the security of women’s cybercrime. Under this scheme, Women will get money while giving birth to a girl child.