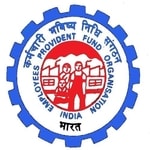 The proposal EPFO accounts will be credited with interest amount at 8.65 per cent rate for 2018-19 said by Labour minister Santosh Gangwar. On the decision of Employees Provident Fund Organisation (EPFO) had passed an 8.65 percent interest rate for the last economic on February 21, this year. If once this proposal is approved by the finance ministry then EPFO will credit the interest at 8.65 percent rate. Due to the delay in notifying the EPF interest rate the minister said that Finance Minister – Nirmala Sitharaman is busy these days. She doesn’t agree with the proposal of the EPF interest rate for 2018-19. It will be approved and provided to EPFO Subscribers within a few days. Finally, 600 crore accounts need to be credited to interest. 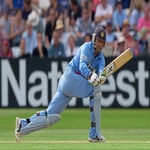 Former Indian top-order batsman Dinesh Mongia has declared the retirement for all the cricket formats. Mongia played 57 one day matches and one world cup in the year 2003. He scored nearly 1200 runs in the one-day international matches. Mongia has scored 21 centuries in the one-day tournaments. In tests, he was not performed well but in first-class matches, he made 121 centuries. Selectors will check for the records and kept the top orderer out of the international and continuing as a national player. Mongia is now interested to give coaching for the under 19 cricket team. Finally, By saying retirement to cricket got someplace on 18th September 2019 current affairs. 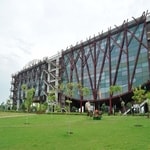 Ministry of Human Resource Development has declared the Global Global University as the Institution Of Eminence. Naveen Jindal chancellor of Jindal university has said that students and staff have contributed to the success of Jindal. Twenty universities are in the race for the best institution of eminence. Finally, Jindal has got fame from the university grant commission. C Raj Kumar vice-chancellor of Jindal institution said that this is a happy moment in the 10th-anniversary event. It is the youngest university who placed in the top 150 global rankings. Jindal university is perfect in maintaining lab equipment and good academic records. Therefore, UGC has awarded Institution of Eminence on 18th September 2019 current affairs. 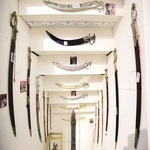 A silver Kalash and a photo stand along with photo gifted to PM Modi. According to the PM Mementos website, it fetches about Rs 1 crore each at an e-auction organized by the culture ministry. In the photo stand with his photo, there is a message in Gujarati has a base price for Rs 500, but sold for Rs 1,00,00,100. The Kalash price is Rs 18,000 and it sold for Rs 1,00,00,300. Both these are sold off on Monday. From September 14th till October 3rd there are 2,700 mementos include shawls, pagris, and jackets will be sold at the National Gallery of Modern Art in the national capital. The base price starts from Rs 200 to Rs 2.5 lakh. Finally, Modi’s awards have taken some space on 18th September 2019 current affairs. 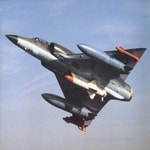 Indian air force successfully tested the Astra Missile from the Sukhoi 30. Defence Research and Development Organisation has conducted research on Astra and finally launched on 17th September. Ministry of Defense has released the missile on the live target in the air and hit the target within the 70kms range. The electro-optical tracking system and sensors will give the accurate time and result while hitting the target. Defence Minister Rajnath Singh has said that DRDO and air force have done hard work for testing the Astra missile. The missile can travel with a speed of 5555 km per hour to reach the specified target. Thus, By launching Astra successfully DRDO has come on 18th September 2019 current affairs. 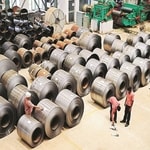 Piyush Goyal launches the Steel importing and monitoring system on 16th September 2019. Steel stakeholders should register in the web portal of Sims for importing steel. The target of launching SIMS is to get information about the importing of steel and to analyze the steel production. Sims was a version of the US steel importing monitoring and analysis system(SIMA). This will be the only platform for all the exporters and importers in India. With the SIMS smuggling will be restricted and theft cases will be minimum. Day to day steel import data will be sent to the government official. Thus, the Government introduces the SIMS on the currents of 18th Sep 2019. 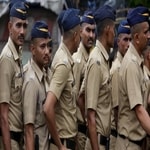 First India’s central police university was begun in Greater Noida. Union ministry of Police was planning to construct a university in the 100-acre field in the uttarpradesh state. Noida has vast land which is suitable for constructing a university. The Greater Noida Industrial Development Authority (GNIDA) is providing some 100 acre land for the police university. Narendra Bhooshan, CEO of GNIDA has says that GNIDA is providing huge land for the low cost to develop the Noida. University will offer courses that are related to the police department such as criminal cases, civil services and many more. Therefore, First Central police university is on 18th September 2019 current affairs. 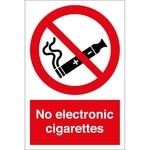 From a few months, the United States has banned the E-Cigarettes in their country. After the survey in the ban of e-cigarettes, Michigan has placed in the first position. Newyork occupies the second place for banning e-cigar. These two states have implemented the law immediately when govt passed the rule. A health council passed the law proposed by Governor Andrew Cuomo. With e-cigarettes, many have got pulmonary diseases and some are going to die. So, Trump and his govt decided to ban the e-cigarettes to control lung diseases and deaths. This regulation becomes no longer carried out by the government however two states Michigan and Newyork has implemented. Therefore, Michigan and Newyork are on 18th September 2019 current affairs.