Daily Current Affairs of September: Every person in the world will show interest in selective things. Few people will have craziness in sports events. They will search for the upcoming events in the day to day current affairs and wait for the moment. Some authorities like the Olympics board and Ipl board will announce the event schedule before a year or before few months. In India, Ipl has much demand from cricket lovers. IPL will launch the schedule before 3 months then it will appear in the latest current affairs. In the Current affairs section of many competitive exams, we see when will be the next Olympics? So, Jobads by referring to the latest news of sports from all over the world and presenting all important upcoming events in the form of top current affairs. Therefore, Checkout the 19th September 2019 current affairs.

Visit us daily at Jobads for day to day current affairs. 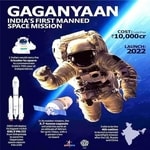 DRDO has started the first human spaceflight mission to help the ISRO by providing technologies. Indian space research organization has started a project GAGANYAAN, which is the 1st human space mission. Gaganyaan will board three astronauts to space for seven days. DRDO and ISRO have signed an agreement to launch the mission by the year 2022 with the Geo-Synchronous Launch Vehicle (GSLV). DRDO Chairman G Satheesh Reddy said that the Defense research and development organization will provide all the technical equipment along with space food and oxygen cylinders. After a failure of Chandrayaan-2, Isro came up with Gaganyaan. Therefore, DRDO and ISRO were on the 19th September 2019 current affairs. 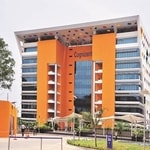 Cognizant is the second-largest IT firm with 2 lakh employees. TCS is placing in the 1st position in the IT rankings. Cognizant CEO Brian Humphries has conveyed best wishes to employees for placing Cognizant in seconds. It is a US-based MNC company successfully running in India. On another side, Tcs leading IT firm is maintaining nearly 4 lakh people from the past 5 years. Cognizant is having most experienced candidates and also hiring high talented persons to cross the TCS. Recently, CTS has hired 70000 students in the last 2 years. Thus, CTS has become a competitor for many companies on 19th September 2019 current affairs. 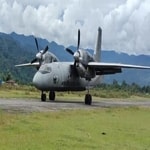 Advanced Landing Ground in Arunachal Pradesh has re-opened after 3 years. The military aircraft transport runway ALG was under maintenance. In previous days, The plane A-32 has crashed down and nearly 35 persons are killed in crashes. After the three years gap, again A-32 plane has landed on the ALG. This runway is most suitable for A-32 planes only because of 42000 feet long runway. ALG is not having any road connectivity but Jorhat air station has completed successfully. Chief of Eastern Air Command R D Mathur has inaugurated the ALG Runway. Therefore, ALG after three years is on 19th September 2019 current affairs. 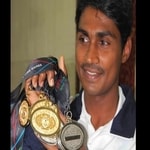 Tulasi Chaitanya is an international swimmer from the Ap police department. He has created a record in the Catalina channel. Catalina was 35km long and he reached the destination within 12 hours, 40 minutes, and 24 seconds. Presently, Tulasi is the head constable in the Vijayawada police station. Chaitanya is the First Indian police swimmer to achieve this record. He was awarded the best swimmer award in 2015 and 2017 in the police aquatic meet. However, He scored 20 medals for the Indian police department with his swimming skills. With the support of the Ap Police department, He is continuing as the Best swimmer in many competitions. Thus, His medals and skills made him popular on 19th September 2019 current affairs. 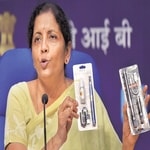 Recently, The United States banned E-cigarettes in their country. This ban has slowly passed to India also. Union finance minister Nirmala Sitharaman was planning to stop the use of e-cigarettes. Due to these electronic cigars, many are suffering from pulmonary diseases. Already in the US, some lost their lives while using e-cigars. The finance minister is waiting for the approval of the cabinet to stop imports and distribution of e-cigars in India. 16 states in India have already banned these cigarettes. People who are doing business with these cigars has to return it to the nearest government official. Therefore, In the care of people’s health Nirmala has taken decision on 19th September 2019 current affairs. 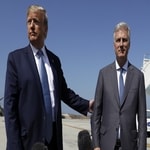 Robert C. O’Brien is the New National security advisor of Trump. Obrien replaces John Bolton, Who is the former National advisor for US President Donald Trump. John Bolton has made some mistakes in arranging the meeting between the US president and terrorist heads. As a result, Trump fired John Bolton. Obrien was currently serving as a special presidential Envoy for Hostage Affairs. Whitehouse has taken five important persons who are suitable for Security Advisor. In previous days, Trump already worked with Robert for a long time. Finally, Robert Obrien has selected as the New advisor for Trump. Therefore, Robert has come on 19th September 2019 Current affairs. 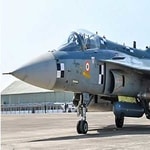 Rajnath Singh has become the first defence minister to fly in the Tejas. Tejas is the first aircraft in India successfully performed arrested landing. Air Vice-Marshal N Tiwari Director of National Flight Test Centre had made a trial run with the Rajnath. Tejas arrested landing means to board on an aircraft carrier in the sea. At present only one Tejas is into the field. The Indian air force has already ordered 45 Tejas to the Hindustan Aeronautics Limited, Bangalore. Thus, First Defense minister Rajnath was on 19th September 2019 current affairs. 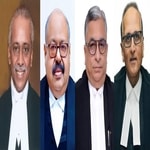 Ramnath Kovind who is the president of India appoints the four high court justice as the judges of the supreme court. The four new judges are V. Ramasubramanian, Krishna Murari, Ravindra Bhat, and Hrishikesh Roy. Ramasubramanian is presently working as Himachal Pradesh Chief Justice. Krishna Murari is chief justice for Punjab and Haryana high court. Ravindra Bhat who is the present chief justice of Rajasthan high court. Hrishikesh Roy is the Kerala high court chief justice. The Supreme court is presently running with 30 judges instead of 34 judges. These four chief justice has filled the remaining four vacancies. All four judges are having a minimum of 20 years of experience in law proceedings. Finally, They got some identity on 19th September 2019 current Affairs.