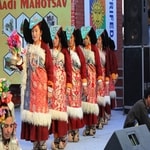 Aadi Mahotsav is the Tribal Festival organized by the Tribal Cooperative Marketing Development Federation of India. Renuka Singh who is the minister for Tribal Affairs inaugurated the festival on 30 Sep 2019. Minister promised the tribals to protect and preserve folk art. Renuka also said that the government will provide the handicraft equipment. In addition to, the Government is also allowing the forest products on the city markets. TRIFED is conducting awareness programs for the development of tribal employment. Besides, TRIFED is also seeling the forest-based products like flowers, honey, soaps and many more at Amazon and Flipkart.

Kohli Back Off: Top Current Affairs of October 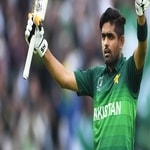 Pakistani cricketer Babar Azam has scored a new sensational century against Srilanka. He scored his 11th century in ODIs and also the fastest 11th-century list. As a result, Team India skipper Virat Kohli was pulled back. Besides, Babar Azam achieved this record in the 71st match but Kohli achieved it in the 82nd match. Hashim Amla was first on this list, while Quinton Deacock was second. Besides, he is the first Pakistani cricketer to score a thousand runs this year. He also holds the record for becoming the fastest Pakistani player to score a thousand runs in a this year. Here Azam breaks the record of former Pakistani captain Javed Miandad. Thus, Azam was on the 1st October 2019 Current Affairs. 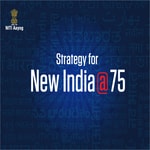 The government policy think-tank Niti Aayog launched by the School Education Quality Index (SEQI) on Monday (30 September), wherein states, including Kerala, Rajasthan, Karnataka, Andhra Pradesh, Gujarat, and Assam ranked as the best-performing big states. As per the report, the highest overall performance score of 76.6 percent in Kerala, Uttar Pradesh is the lowest performance score of 36.4 percent. Among 20 states, eight improved overall performance between 2015 to 2016 and 2016 to 2017 in what is related to in the report as Incremental performance. Haryana, Assam and Uttar Pradesh showed the highest performance in 2016-17, compared to 2015-16. Rajiv Kumar, Vice Chairman NITI Aayog, Amitabh Kant CEO NITI Aayog, and Secretary (Higher Education) Rina Ray, among other dignitaries present at the launch event.

Annu Rani in the Finals: Day to Day Current Affairs 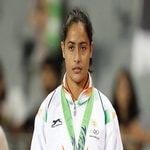 Annu Rani is the Javelin thrower who enters the finals in the world championships. She is the first Indian to enter the finals. First, she throws the arrow up to the 57mts and in the second round 62.34mts. Thus, Annu was in the 5th position in the world champion. Asian champion Lyu Huihui and Christin Hussong of Germany has reached the 63.05mts. The remaining 10 members are set up for the 12.57 mts only. She worked hard for entering finals from the last two years. Therefore, First Javelin thrower was on the 1st October 2019 Current Affairs. 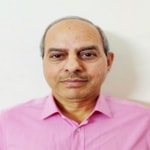 Kuldeep Singh Dhatwalia is the new Chief spokesperson of the Indian government. He was the Indian Information Service officer in the press information bureau. Sitanshu Kar is the previous spokesperson of India under information services. Due to the completion of his retirement new spokesperson Dhatwalia is appointed. Kuldeep is now serving as director-general training and research in the ministry of information. He is having 30 years of experience in providing information to the ministry of home affairs. Besides, He is working as Director general for Indian Institute Mass Communication(IIMC). Thus, Kuldeep Singh Dhatwalia as Chief of PIB on 1st October 2019 Current Affairs. 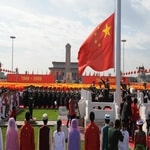 Chinese celebrates every 1st October as the national day of people’s republic. China celebrates the 70 years of communist party rule with military power in Beijing. This national day will prolong for the complete one week and it is also called Golden week. All the higher authorities, army forces, and all citizens will observe the republic day of china with the utmost respect. Besides, President Xi Jinping has participated in the event and promised the people to develop the country in all aspects. China is maintaining world peace with other countries. Therefore, the Chinese were happy with the national day on 1st October 2019 current affairs. 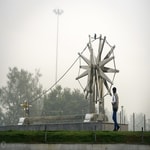 Noida city members prepared the 1650 Kg Gigantic Charka by collecting unnecessary waste. This was inaugurated on the 150th Gandhiji birthday by the Mp Mahesh Kumar. Charkha will make clothes by spinning the cotton. Olden days, Gandhiji prepare clothes for him with Charkha only. He used it for symbolizing self-sufficiency. To remember his presence Noida people created Charkha by using plastic waste. Besides, Narendra Modi gives a call for the ban of single-use plastic. This charkha will create some awareness among people to ban the plastic. Thus, Gigantic Charkha was on the 1st October 2019 Current Affairs. 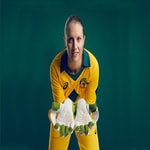 Australian women’s cricket team wicket keeper Alyssa Healy has reached a new milestone in her career. She became the second Australian cricketer to play 100 matches in women’s international T20 cricket. She was the ninth cricketer in the world women’s cricket. 29-year-old Alisa achieved this feat by stepping down in the second match against Sri Lanka on Monday. Besides, Alice Perry only completed 100 T20 matches for Aussies. Recently, Healy got the new Guinness World Records title for her catching techniques. Alyssa is working hard for the team and maintaining self-respect towards the country. Therefore, Alisa Healy was on the 1st October 2019 Current Affairs.