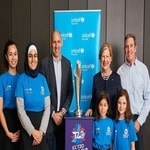 In support of women in sport, UNICEF joins the International Cricket Council (ICC). Until next year’s Women’s T20 World Cup, UNICEF will continue to empower women and girls. This will help the ICC raise funds in cricket-playing countries for UNICEF’s child rights initiatives. The funds raised through the ICC Cricket Events will be used for activities such as cricket teaching women, infrastructure building, and coaching staff. Funds raised during the last One Day World Cup-2019 also be used for the Girls’ Cricket Project in Afghanistan. Therefore, UNICEF is an ongoing relationship with the ICC. Thus, UNICEF and ICC are on 21 December 2019 current affairs. 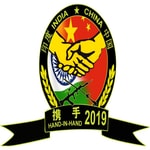 Indian and Chinese military troops practiced the Hand-in-Hand exercise in the Meghalaya Umroi Military Station. The purpose of this exercise to counter-terrorism in both countries. Besides, This is the 8th exercise between Indian armies and Chinese troops. Hand-in-Hand started on 7th December and ended on 20th December which was held for 14 days and 130 Chinese soldiers and some Indian soldiers practiced the exercise. Both country soldiers shared different skills like house clearing skills and rock crafting. With this exercise, both countries made a close relationship. Every year, Hand-in-Hand will be practiced but due to some issues between India and China, it was stopped. After some discussions, Again Hand-in-Hand started in 2019. Thus, Hand-in-Hand is on 21 December 2019 current affairs. 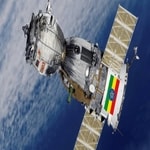 On 20 December 2019, Ethiopia launched the First Satellite Ethiopian Remote Sensing Satellite (ETRSS) from Entoto Observatory and Research Center. ETRSS is the African space industry’s 8th satellite and seven satellites launched in 2017. Ethiopia’s Deputy Prime Minister, Demeke Mekonnen, says Egypt is the first African country to send a satellite into space in 1998. Ethiopia is the 11th country in Africa to send a satellite to space. Agriculture, mineral services and forestry areas will be covered by the ETRSS satellite. This satellite will also warn about the occurrence of floods, earthquakes, cyclones. Finally, Ethiopia was successful with the first satellite on 21 December 2019 current affairs.

India’s Ministry of Skill Development and Entrepreneurship plans to create 500 skill hubs in govt schools. Students and youth currently lack soft skills and do not get work in the corporate sector. Developing skills will improve manpower by implementing training programs to make India a “professional Country.” The main objective of this project is to promote entrepreneurship in India. Besides, These hubs will provide free training for students and provide a certificate after the completion of the course. National Skill Development Mission and Skill India Portal are mainly contributing to these hubs. Skill development will train and the Skill India portal will provide job opportunities. Thus, India with 500 Skill hubs is on 21 December 2019 current affairs. 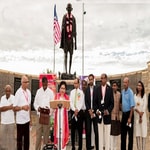 Mahatma Gandhi Legacy bill passed in the US House on 20th Dec 2019. This bill initiated by the United States Congress to commemorate the 150th birth anniversary of Mahatma Gandhi. Civil Rights leader Congressman John Lewis introduced the bill in the US House to promote the legacy of Mahatma Gandhi and king Martin Luther. India’s Ambassador to the US Harsh Vardhan Shringla says this bill will strengthen the cultural cooperation between the US and India. In addition, The reason for the passing bill is to establish a “Gandhi-King Development Foundation” in the united states with Indian laws. The activities of the Gandhiji foundation will be funded by the United States and Indian Governments. This bill also introduces a college of professional skills training called the “Gandhi-King Global Academy.” Thus, the Gandhi Legacy bill is on 21 December 2019 current affairs.