Day to day Current Affairs of September: Politics are having high demand in the daily news. Opposition Parties will focus on the ruling government’s works. Every newspaper, Latest current affairs, and Social media are maintaining a special column for politics. There are International Politics, National Politics, and Statewide Politics. Supreme courts and high courts control the politics in any country. In competitive exams, Politics related questions will come in the current affairs section. Therefore, Jobads is assisting job seekers by giving the Top Current Affairs in politics. Politics is not only for politicians however additionally for all people to shape a democratic society. Thus, Check the 21st September 2019 Current Affairs.

Visit the Jobads for more updates on September 2019 Current Affairs. 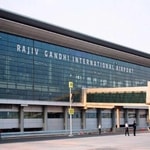 Rajiv Gandhi International Airport in Hyderabad ranks third on the list of the fastest-growing airport in the world. Airports Council International (ACI) has released the Airport rankings. Bangalore is in first place with nearly 1.5 crore travelers and Turkey is in 2nd place. Currently, 29 airlines are operating flights to 69 destinations domestically and internationally. Daily 60,000 people will travel from this place. RGIA is the first Indian airport using a face recognition system. Annually, 21.36 million people are traveling across RGIA. Hyderabad International Airport has become popular with tourist destinations like Bangkok, Malayasia which are in East and West of the world. Therefore, RGIA Airport is on 3rd position on 21st September 2019 Current Affairs. 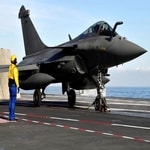 Indian Defense ministry accepts the first Rafale combat aircraft from Dassault Aviation in France. Deputy Air Force Chief Air Marshal VR Chaudhary said that first Rafale will launch on 8th Oct 2019. India has already made an order of 35 Rafales to Dassault aviation. Rafale is having another name as Game-Changer. This is a twin-jet combat aircraft that can carry short and long-range weapons. Rafale aircraft will hit the targets at long distances within the minimum time. India is spending nearly 60,000 crores for the rafale aircraft. France aviation has promised to deliver four rafales before the year 2022. Thus, the Indian Air force is going to be strong with Rafale Combat aircraft on 21st September 2019 Current Affairs. 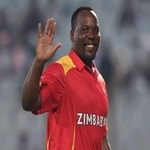 Afghanistan is the first cricket team that has won 12 consecutive victories in T20 matches. Zimbabwe has set the break for the Afghanistan on 20th Sep 2019. Masakadja has scored 71 runs in 42 balls. This is the last international match of his career for Masakadza. He also gave the team a memorable victory and ended his farewell. Masakadza has 1600 runs in 66 innings and 11 half-centuries for his career. He was the 15th highest scorer of the Zimbabwe team. All the team has congratulated and give farewell to him. Finally, Hamilton Masakadza gave the last memorable victory on Current Affairs of 21st Sep 2019. 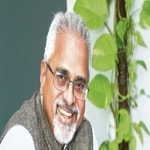 Madhukar Kamath is the new Chairman of the Audit Bureau of Circulation (ABC). ABC reviews the circulation of newspapers and magazines of publishers, ad agencies and advertisers. Kamath is having forty years of experience in advertising and marketing services. He works in DDB Mudra Group for 25 years and later changed to the Advertising Agencies Association of India. Then, He became president for AAAI. Finally, Kamath was ABC Chairman. Besides, Devendra V. Darda from Lokmat Media Company will continue as Deputy Chairman for this year. Therefore, Madhukar and Devendra are famous 21st September 2019 Current Affairs. 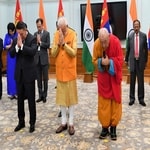 New Buddha Statue unveiled in Mongolia’s capital Ulaanbaatar. Indian Prime minister Narendra Modi and Mongolia president Khaltmaagiin Battulga jointly open the statue. Nearly 120 to 150 guests from different countries mainly India, Russia, Sri Lanka, Bangladesh, Thailand, and Nepal are have attended the proceedings. In 2015, Narendra Modi has given money to construct a Statue of Buddha. The statue resembles peace and coexistence. In addition, Gandan Tegchenling Monastery is a sacred place for many Buddhists in the Mongolian region. The third edition of SAMVAAD was held on the 6th of Sep 2019. But at the time of Samvaad, Narendra Modi is busy with Russia’s visit. Thus, New Buddha was on the 21st September Current Affairs. 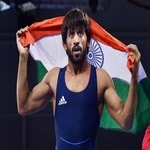 Indian wrestlers Bajrang Poonia and Ravi Dahiya wrestled at the World Wrestling Championships. Bajrang won a silver medal in the year 2013. Besides, The Indian Khel Ratna Sushil won the bronze at the World Wrestling Championships. Sushil is the person who won most medals in the world wrestling. Bajrang, who was 2–6 behind the opponent increased aggressively and scored six consecutive points to take the lead 8–6. Bajrang lost one point in the last minute a rush. Finally, Bajrang got point and became a world champion. Therefore, Sushil with Bronze and Bajrang with Gold is on 21st September 2019 current affairs. 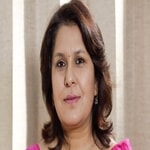 Supriya Shrinate is appointed as the new AICC Spokesperson. Temporary Congress head Sonia Gandhi had selected Shrinate as spokesperson of the All India Congress Committee. Shrinate was the daughter of late Uttar Pradesh MP Harsh Vardhan. She works in the journalist profession up to last year. Besides, Randeep Singh Surjewala is selected as the party’s communications in-charge. Supriya will continue as the spokesperson until the next elections. Shrinate said thanks to Sonia for keeping trust in her and appointing as AICC Spokesperson. Therefore, New AICC spokesperson Supriya Shrinate and Randeep Singh communication in-charge were on 21st September 2019 Current Affairs.