22 December 2019 Current Affairs: Dear readers, stay updated with these Top Current affairs of 22 December 2019. The candidates who are preparing for the competitive exams in the corporate bank or government organization have to update with these daily current affairs. This 22 December 2019 Current Affairs includes the emphasis on national, international news stories, that have happened recently. So, make use of these Today’s Current affairs at free of cost. It is the best source to get important Current affairs for UPSC, IAS, Banking, PSC, SSC & other competitive exams. Hence, the candidates are requested to attempt the 22 Dec 2019 Quiz questions to analyze your General Knowledge skills. 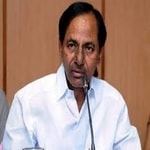 Telangana CM KCR has launched the program called Palle Pragati for enhancing green cover and clean villages in September 2019. To check the work status of Palle Pragati, officials are going to appoint flying squads. These Flying squads will make surprise visits and checks the work status and give the complete report to the higher authorities from time to time. Squads will consist of IAS, IPS and IFS officers and each of them would be randomly assigned responsibility for monitoring works in 12 mandals. These Flying squads not only checks the quality of the work but also suggest the improvements in work if needed. Mr. Rao who is the reviewer of this program is said that this idea will help to make last-mile rectifications and achieve the goals envisioned under the program. So, this is one of the 22 December 2019 current affairs news. 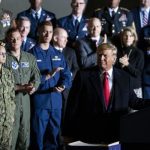 American President Donald Trump has officially launched Space Force, which is the 6th branch of the Armed Forces. Barbara Barrett, Secretary of the Air Force, also participated in this event. Trump says that this is the largest Defence Bill ever and this new branch will be stood up within 18 months. Military officials said that “we are building the space force 50 years after Apollo 11“. Trump, appointed Gen. Jay Raymond as the first Chief of Space Operations, the senior military member of the new branch. He will become the first person of this Space Force. This newly established branch will organize, train and equip space force to protect the U.S and provides the joint force with space capabilities. So, this Space Force has got a place in this 22 December 2019 Current Affairs. 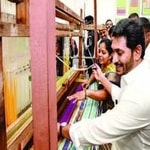 Andhra Pradesh CM YS Jagan Mohan Reddy launched a welfare scheme called ” Nethanna Nestham” on Hindupuri. This scheme aims to extend this aid of Rs 24000/- every year for each handloom weaver family. YS Reddy addressed the people in the meeting ” While my padayatra I have seen handloom weavers problems. Most of the weavers are facing problems, suffering from poverty and pressure owing to heavy debts. Now, I fulfilled my promise made to the Handloom weavers. By this scheme, 85000 families across the state will get benefitted. Currently, who are having looms Rs 24,000 will be credited directly to their accounts. This Nethanna Nestham scheme will greatly benefit the weavers to overcome their financial problems.  Hence, Nethanna Nestham has occupied a place on 22nd December 2019 Current Affairs. 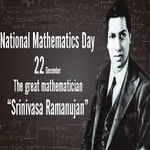 On the behalf of birth anniversary of legendary mathematician, Srinivasa Ramanujan and his contributions in the evolution of modern mathematics, every year 22 December is celebrated as National Mathematics Day. This is the 132 Birth anniversary of Ramanujan. The former Prime Minister Dr. Manmohan Singh has on December 2012, has declared 22 December as the National Mathematics Day, to pay tribute to Srinivasa Iyengar Ramanujan. The main objective behind celebrating this National Mathematics day to make the people aware of the evolution of maths and its importance in human growth. The National Academy of Science India (NASI) in Prayagraj, will conducts workshops on the part of this Mathematics day. Popular lecturers and experts from across the nation will participate in this event. So, this one of the news headlines of 22 December 2019 Current Affairs. 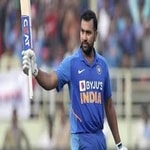 On Sunday Indian opener Rohit Sharma has broken the record of scoring the most number of runs as an opening batsman in a calendar year. He won this with his 9th run in the 3rd ODI vs West Indies AT Barabati Stadium. Rohit broke the record of former Srilankan cricketer legend Sanath Jayasuriya’s 22-year long record. 2019 is a good year for Rohit Sharma. He became the leading run-scorer in the 2019 year ODIs. Currently, Rohit leads the list of players who have scored highest runs in ODIS with 2388 runs and Virat Kohli followed closely with 2370 runs. Hence, Rohit Sharma got the place on 22 December 2019 Current Affairs. 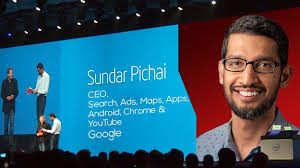 Alphabet and Google Cheif Executive Officer Sundar Pichai awarded a package worth $240 million on top of a $2 million annual salary in 2020. Google cofounders Lary Page and Sergey Brin have appointed Sundar Pichai as the CEO of the parent company Alphabet in this month. For extending the role of CEO for Alphabet & Google he is awarded this package. Mr. Page and Bin continue their involvement as cofounders, shareholders and as members. In 2004 Sundar Pichai has joined in Google as the President of Product Management. After a few years, he came up with an idea of Google’s own browser. In 2008 Google launched its own Google Chrome browser. Now  Google chrome stands as the number one browser in the world. So, Sundar Pichai occupied a place on 22 December 2019 Current Affairs news.