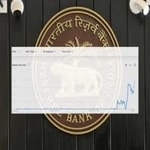 23 December 2019 Current Affairs: After the central bank announced its version of the U.S. Federal Reserve’s unconventional monetary policy then Google searches for the “Operation Twist” surged in India. From Delhi followed by Maharastra, most searches for the term came. Officials of Central bank said that they buy long-term bonds while simultaneously selling short-term government securities to cheapen long-term borrowing and boost bank lending. Recently RBI buys longer tenor bonds to sell for shorter debt. In the year 2011-2012, the concept which is similar to Operation is used by the Fed in an effort to cheapen long-term borrowing and spur bank lending. 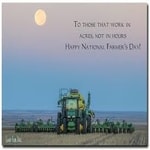 23 December 2019 Current Affairs: Every year in India National Formers Day/ Kisan Diwas will be observed on 23rd December. This will be celebrated on the Occasion of our Honourable Prime Minister Choudhary Charan Singh (who served as 5th PM of India) birthday. He played a very important role in the Agriculture sector of India. At the same, he introduced the many policies for the sake of farmers to improve their lives. The main objective of this National Farmers day is “To promote awareness among the citizens to understand the importance of the contributions of the farmers to the society. The backbone for India’s economic development, as more than 40% of the total employment in India, is employed in the agricultural sector”. 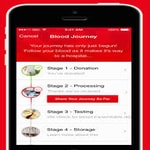 23 December 2019 Current Affairs: At Hyderabad, Telangana, President Ram Nath Kovid Launched the Mobile App in the presence of CM K. Chandrasekhar Rao and Chief Justice of Telangana High Court Justice Raghavendra Singh Chauhan. This mobile application is developed by the Red Cross Society’s Telangana Branch. The main motive of this mobile app is for the hassle-free availability of blood from the nearest blood bank to its registered number. To become a member of this society person need to make the payment. After successful completion of the payment, the person will become part of that society and that person can hassle-free availability of blood from the nearest blood bank. This app will also provide navigation by connecting with Google maps. 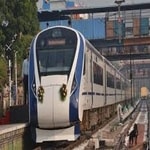 23 December 2019 Current Affairs: On 15th February 2019, the Honorable PM of India, Shri Narendra Modi flagged off the Vande Bharat trainset on New Delhi- Varanasi. Next, on 3rd October 2019,  the train set service between New Delhi and Shri Mata Vaishnodevi Katra flagged off by Hon’ble Home Minister Shri Amit Shah. Now, ICF published for the supply of electrical equipment and other items for 44 Trainsets of 16 coaches each. This procurement process promotes accountability, Speed of delivery, transparency. It guarantees consistency with RDSO determinations and merchant lack of bias to enable most extreme potential bidders to give aggressive rates. The two bundle Global Competitive offers to secure 3 Phase drive gear (electrics) with traveler and administrator related fringe things reasonable for most extreme assistance speed 160 kmph speed with 50 % controlling (8 Motor Coaches out of 16 vehicles in the arrangement according to condition no. 1.3.12 of RDSO Specification no. RDSO/PE/SPEC/EMU/0196–2019 (Rev.0).The gathering will be hung on 23/01/2020 at 10.30 Hrs. 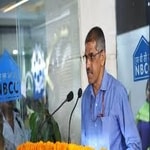 23 December 2019 Current Affairs: Shiv Das Meena take the charge as Chairman of Patna Metro Rail Corporation Limited (PMRC). The Bihar Govt nominated five members for this prestigious post. Meena, he is belonging to the 1989-Batch IAS officer of Tamil Nadu cadre and an additional secretary and CVO in the Ministry of Housing and Urban Affairs (MoHUA). Before he served as the Chairman of NBCC (India) Limited, Joint Secretary, MoHUA, and Ministry of Urban Development, Principal Secretary Public & Rehabilitation Department, Government of Tamilnadu, and Principal Secretary to Tamil Nadu Chief Minister among others. 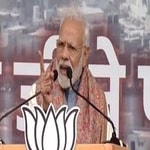 23 December 2019 Current Affairs: At Ramlila Maidan in New Delhi, Prime Minister Narendra Modi addressed a rally. The 1,731 unauthorized settlements in Delhi gave possession privileges of their properties among the individuals who went to the Rally. The Act doesn’t remove anyone’s citizenship rights. Prime Minister asked the adolescent to experience the subtleties of the Act which passed by parliament. CAA and NRC won’t remove the privileges of any Muslim in India. The NRC acquired parliament for discourse. The resistance for talking a deception battle through web-based life over this Act. Head administrator additionally hit out at protestors for harming open properties during their fights. The leader hailed the job of police staff in ensuring individuals’ lives in the nation. 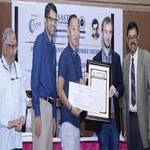