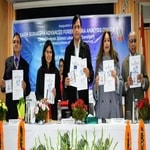 Chandigarh government is setting up the DNA analysis center at CFSL with the Nirbhaya Fund scheme. Nityanand Rai who is the home minister of the Chandigarh inaugurated the DNA center. This center has advanced technologies to conduct research on the criminals who involved in the rape attempts on women and girl children. This center has the ability to test 2000 cases per year. Besides, the CFSL DNA center will give training in the collection of forensic evidence with the help of the Bureau of Police Research and Development (BPRD). Indian Government is planning to set up Central Forensic Science Laboratories in all the states to find the criminals easily through DNA tests. Thus, the New CFSL DNA center is on 24 December 2019 current affairs. 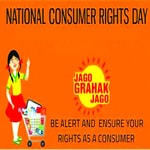 National Consumers Rights Day is observed on December 24 every year. Besides, World Consumers rights day observes on 15th March. On Dec 24, 1986, President of India passed the Consumer Protection Act. The law prohibits the manufacture of cheap, low-quality goods, control stealing, duplicate merchandise, and sell high prices. Under this Act, Victims should file a written complaint with the District Consumer Forum. Besides, Up to Rs 20 Lakh compensation also given depending on the cost of the item. Consumers are having some rights while buying a product from the seller.
1. Right to Safety
2. Right to be Informed
3. Right to Choose
4. Right to be heard
5. Right to seek Redressal
6. Right to Consumer Education. 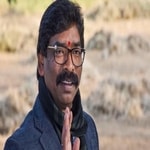 JMM chief Hemant Soren will be sworn in as new chief minister of Jharkhand state. The JMM-Congress-RJD secured 47 seats at the assembly elections. The Jharkhand Mukti Morcha (JMM), the Congress and the RJD won the majority. The BJP, which is in ruling for the past five years, limited to 25 seats. The JMM won 30 seats, the Congress 16 seats, and the RJD one seat. After the results, Chief Minister Raghubar Das resigned. Governor continues as chief minister until a new government was formed. After some discussions, Hemant Soren is on the CM track and He will swear on 27th December 2019. Thus, Jharkhand state with new CM is on 24 December 2019 current affairs. 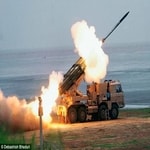 India has successfully conducted the testing of Quick Reaction Surface to Air Missile (QRSAM). Defense Research and Development Organisation (DRDO) has developed the design of missile QRSAM with the automated command and control options. The QRSAM tested at the Chandipur Integrated Test Range, Odhisa. Bharat Electronics Limited(BEL) and Bharat Electronics Limited(BDL) have manufactured the QRSAM missile. In addition, This missile has special features like an electro-optical tracking system, Multifunctional radars with 360-degree search and coverage are in missile manufacturing. Prasad who is the Director-General of Missiles and Strategic Systems of India says that:” The aim of the missile is to hit the target in the mid-air”. QRSAM has a short-range which is 30 KM only. Missile QRSAM tested for so many times and this is the 7th time on 23rd December. Finally, India gets success with QRASM and is on 24th December 2019 current affairs. 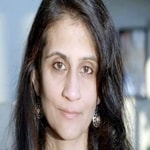 Monisha Ghosh is the 1st woman chief technology officer(CTO) appointed in the US Federal communication commission(FCC). Eric Burger is the currently FCC technology officer who will replace by Monisha Ghosh. However, The US-facing issues with engineering and technology. Monisha Ghosh with the best experiences is entering the US government office. She has to advise the FCC chairman of US Ajit Pai and has to solve the engineering related issues. FCC is the main source of implementing all the communications by Radio, Televisions, and satellites. Monisha Ghosh is an Indian-American lady who got BTech from IIT Kharagpur and Electrical Engineering Ph.D. from Southern California University. Finally, Monisha Ghosh is on a prestigious cadre on 24 December 2019 current affairs. 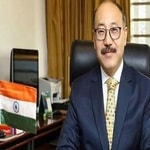 Harsh Vardhan Shringla appointed as the next foreign secretary of India. Currently, Shringla is serving as Indian Ambassador to the United States in January 2019. Modi’s cabinet replaces Vijay Keshav Gokhale by the Harsha Vardhan. In the next month, Vijay Keshav Gokhale will finish his 2-year term. The Cabinet Appointments Committee (ACC) made Harsha Vardhan as the new foreign secretary of India. Previously, Harsha Vardhan served as India’s High Commissioner to Bangladesh and Thailand. Sir Harsha Vardhan became famous for resolving the Doklam tie between India and China. Besides, He is responsible for solving disputes between India and other countries. Thus, Harsha Vardhan Shringla as a new Foreign Secretary is on 24 December 2019 current affairs. 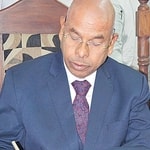 Retired Justice of the High Court Justice G Chandraiah took charge as the first chairman of the State Human Rights Commission (HRC) on 23rd December. Retired District Sessions Judge Nadipalli Anandarao and Mohammed Irfan Moinuddin took over as members of the HRC. Justice Sissar Ahmed Kakru served as the last chairman of the Joint Andhra Pradesh State Human Rights Commission till December 2016. Then after no one appointed for this chairman position. Finally, KCR who is the chief minister of Telangana made a discussion with the NRC committee and appointed the Chandraiah as a chairman. Chandraiah has to support the high court proceedings. The newly appointed chairman and members will continue for three years. Finally, HRC’s new appointees are on 24 December 2019 current affairs.

Virat Most “Man Of The Match” Credits: 24 December 2019 Current Affairs 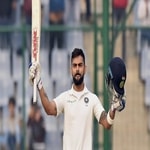 Virat Kohli is again set a new record by winning the west indies series. Kohli is the third person to achieve most “Man of the Matches” in the international cricket matches. Kohli became the Man of the Match for 57 times. Besides, Sachin is in the first position with 76 times as a man of the match. Jayasurya from Srilanka is in the second place for the most man of the match awards with 58 times. Also, Virat holds the record for the most run-scorer in all the three formats. Besides, Rohit Sharma also achieved most man of the series awards. Thus, Virat and Rohit are on 24th December 2019 current affairs.