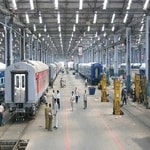 The Integral Coach Factory (ICF) secured the title of being the world’s largest coach manufacturer in Chennai. It achieved other milestones by rolling out its 3,000th coach unit over just 215 days in 2019-20. Technology is growing importance as last year in 289 days. It should remember that the same ICF needed more than 217 days to complete the installation of 1,000 coaches in 2014. Last year, the ICF had created a total of 3,250 coaches, although this year, it has targeted at creating more than 4,000 coaches. The ICF led the nation’s attempts to update the rail experience as it launched the nation’s first-ever coaches of the luxury trains Tejas Express and Vande Bharat Express, as well as the most spoken about coaches from Anubhuti, Deendayalu, and Antyodaya. Thus, ICF with the new record is on 25 December 2019 current affairs. 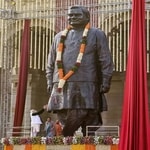 The former Prime Minister Atal Bihari Vajpayee’s 25-foot statue was completed and unveiled by Prime Minister Narendra Modi on 25th Dec 2019 in Lucknow. It was a sculpture by Rajkumar Pandit. The statue cost 90 lakhs and a weight of 5 tones. It took 6 months for 35 artists to built this bronze statue. It was his first UP Government work and before that, he did small private works in Uttar Pradesh. The UP Government assigned the second project i.e, sculpting a 12-foot statue of former Uttar Pradesh CM Hemwati Nandan Bahuguna. Besides, Modi laid the Atal Bihari Vajpayee Medical University foundation stone and released a blueprint of the university. It will be built in the shape of the national flower “Lotus”. The operations will take place at Ram Manohar Lohia Institute in Lucknow. Finally, 25 Feet, Atal Vajpayee is on 25 December 2019 current affairs. 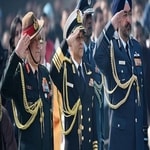 Chief of Defence for the head of Tri-services and it is a single point military advisor to the Government. PM Narendra Modi has announced these posts at the movement of Independence day. Whenever the prime minister announces then immediately NSA Ajith Doval was constituted to finalize the enabling framework. It will determine the exact responsibilities of CDS. Submitted the reports to the Government First week of December 2019. Minister of State (MoS) for Defense Sripad Naik in Rajya Sabha gave the information on the panel submitting its report to the government on 2 December. Thus, India is setting up First Chief of Defense Staff on 25 December 2019 current affairs. 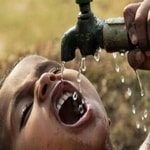 On 25th December, PM Modi launched a new scheme to save groundwater in 8,350 villages of seven states with a budget of Rs 6,000-crore. This Groundwater Management Plan- a five-year-long project will be named after former prime minister Atal Bihari Vajpayee, whose 95th birth anniversary fell on Wednesday. This scheme will benefit panchayat led groundwater management and behavioral change along with the demand side management. This scheme will be implemented from 2020 to 2025. The scheme intends to improve groundwater management through community investment in some major states – Gujarat, Haryana, Karnataka, Madhya Pradesh, Maharashtra, Rajasthan, and Uttar Pradesh. This plan contributes to almost 65per cent of the total irrigated area in the country. Thus, Atal Bhujal Yojana Scheme is on 25 December 2019 current affairs. 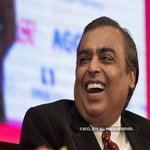 Chairman of Reliance Industries Mukesh Ambani has added $16.5 billion to his wealth in 2019. The petroleum-to-telecom tycoon is the 12th wealthiest person in the world, with around $61 billion net worth. National Stock Exchange (NSE) data shows that the share price of RIL increased over the past year by over 41 percent. Bill Gates exceeds the list of the world’s most rich persons with a net worth of $113 billion, boosted by this year’s edition with $22.4 billion. Founder of Alibaba Group Jack Ma‘s who is the 19th richest person whose net worth rose by $11.3 billion. Besides, Amazon CEO Jeff Bezos, the world’s second-richest man, lost $13.2 billion. However, Mukesh with the best results is on 25 December 2019 current affairs. 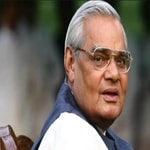 The former prime minister of India, Atal Bihari Vajpayee, who co-founded the Bharatiya Janata Party (BJP), 95th birth anniversary is on 25th December. Vajpayee, a 12-term parliament member of Lok Sabha, started his electoral political career by contesting in a by-election from the Lucknow constituency. He was arrested with his brother for Quit India Movement and in prison for 27 days. The peaks were numbered Atal 1, 2, 3 and 4 at 6557, 6566, 6160 and 6100 meters on the right side of the glacier. Four mountains near the Gangotri glacier were named after Vajpayee in October 2018. The nickname stuck, and political analysts contrasted Vajpayee with the Mahabharat’s legendary war strategist. Thus, Vajpayee is on 25 December 2019 current affairs.