For Day to Day Current Affairs of December 2019, Visit Jobads. 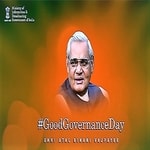 The 2019 Good Governance Index published on Good Governance Day in New Delhi. India celebrates the good governance day on 25 December each year. The GGI 2019 rankings were launched by Dr. Jitendra Singh, the Minister of State for Public Grievances and Pensions. However, Rankings are based on the citizen-centricity along with the status of governance. First governance day is celebrated in 2014 to honor the Atal Bihari Vajpayee. Former prime minister Vajpayee created awareness among Indians to work for good governance. Besides, the Indian government is giving the rankings for states as per the people’s safety and happiness. Another hand, Other countries are also encouraging this Good Governance Index. Finally, GGI 2019 is on 26 December 2019 current affairs. 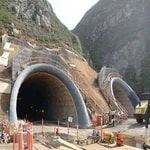 The Central Government re-named the Rohtang Tunnel as Atal Tunnel on the occasion of the birthday of former Prime Minister Atal Bihari Vajpayee. PM Modi said Atal Ji committed to the name of a large project that is of great importance to the country. Rohtang Tunnel, connecting Himachal Pradesh to Ladakh and Jammu and Kashmir and connecting Manali to Leh, will now be known as Atal Tunnel. The project introduced from Atal Tunnel Manali to Leh on Atal Jayanti. The scheme approved in 2005 and sanctioned for 4,000 crores. A total of 8.8 kilometers long and 80% of the work was completed. Besides, It claimed to be the world’s highest tunnel. Finally, Rohtang as Atal is on 26 December 2019 current affairs.

INS Vikrant is preparing to serve the indigenously built aircraft carrier. Besides, India ranked above the US, Russia, England, and France by 40,000 tonne Vikrant with aircraft carriers. Two takeoff runways and a landing strip have been set up in the INS Vikrant. From next year, the INS Vikrant will serve in the eastern naval base. Vikrant began ten years ago and has the most modern facilities. It inspired by a Rigvedic hymn called Jayam Sum Yudhi Sparta. That means “war with me is my victory“. The third-largest ocean in the world is the Indian Ocean. INS Vikranth is the Brahmastra prepared by India to achieve the upper hand. With the arrival of Vikrant, the defense is going to be miserable. Finally, India with a new warship is on 26 December 2019 current affairs. 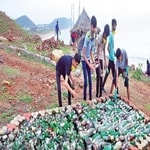 India Youth for Society is setting up a mobile beach parlor for plastic conservation that is key to the protection of the environment. The “Plastic Parlor” opens in front of the YMCA on Vizag Beach Road on the 27th of this month. “Giveaway Plastic” is the slogan for initiating plastic waste collection. Then “Give a plastic and get some product in return” program is continuing throughout the country. Dosapati Ramu, a socialist, has recently begun in Hyderabad: if you offer plastic coverings, take a plant of your choice in the nursery and grow greenery.  members are opening a plastic parlor. Besides, the president of the Indian Youth Society Appalareddy said the parlor would run for almost a month. The movement launched to collect 30 tonnes of plastic waste. Thus, the new plastic parlor is on 26 December 2019 current affairs. 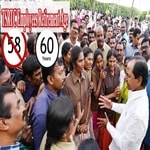 The state government of Telangana has decided to increase Telangana State Road Transport Corporation (TSRTC) employees ‘ retirement age from 58 years to 60 years. The decision to increase the retirement age applies to all employees working at the TSRTC. At a recent meeting with RTC workers, the decision was agreeing to increase the retirement age. Besides, the Chief Minister reviewed the RTC’s profits and implementation of guarantees given to workers. CM KCR ordered a plan for the expansion of RTC cargo and parcel services. The decision was taken at the meeting regarding the composition of the Employee Welfare Board. There are two staff members on the board from each depot and headquarters and a total of 202 members. There are 73 female employees in total. Finally, the TSRTC age extension is on 26 Dec 2019 latest current affairs. 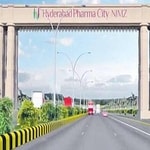 The central government has approved the “Hyderabad Pharmacy” label of the National Investment and Promotion Council (NIMZ), which is being launched by the state government. This designation intended to boost the pharmaceutical industry and attract new investment. On January 22, 2016, the Central Department of Industry Promotion Policy (DIP) approved the state government’s nomination status for NIMZ status in 2015. Subsequently, along with the Techno-Economic Feasibility Report on Pharmacy, the State Government submitted the Development Plan Report. On October 19, State IT and Minister of Industry KTR proposed again to fund the pharmacy’s development. Besides, the Center called for collaboration to establish a world-class pharmacy as part of the ‘ Make India ‘ initiative. Thus, Hyderabad Pharmacy with NIMZ status is on today’s current affairs. 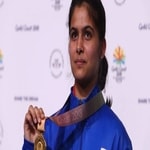 Manu Bhakar, a young athlete, won the National Championship gold. On behalf of the state of Haryana, she won all four gold medals in both senior and junior categories. In the senior women’s 10-meter air pistol event, Manu won 243 points and became the winner. Silver won by Divyankshi Dhama with 237.8 points. Yashaswini Singh won the bronze medal with 217.7 points. Haryana’s Anish Bhanwala won gold in the 25-meter Rapid Fire Pistol for men. Anish scored 28 points and 26 points scored by Bhavesh Shekhawat and won silver. Manu is continuously creating a record in most of the 2019 events. Thus, Manu as a National Shooting champion is on 26th December 2019 current affairs.