Latest Top Current Affairs of 26th September 2019: Candidates are you preparing for any Competitive exam ?? Then, aspirants, you must aware of Daily Current affairs to get qualify in this exam. In the exams point of view, only some top news is important for job seekers. It is very difficult for the candidate to find out the important and latest current affairs and major issues from all news. Job hunters our Jobads page will help you out for this. Our Jobads current affairs section will cover all Day to Day current affairs, Monthly Current affairs, Importance of each Day, all National and International events and more. At present on this page, candidates can find out the 26th September 2019 Current Affairs. Check it once. 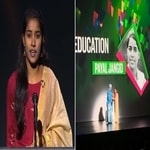 26th September 2019 Current Affairs: On 26th September 2019, a young Indian teenager named Payal Jangid won the Changemaker Award at the Goalkeepers Global Goals Awards. This Ceremony was held at New york. This award was recognized her campaign to end child labor and child marriage. This Changemaker Award was presented to her by Bill and Melinda Gates Foundation. Payal Jangid is the 17 years old girl who fought against her own child marriage at the age of 11. She at present running the campaigning to discourage child marriage and persuade parents to keep their children in education. Payal also served as the President of her village Bal Panchayat. She also conducted numerous filed activities to empower women and children of her own village and villages nearby. 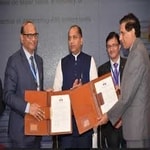 26th September 2019 Current Affairs: The chairman of NTPC named Gurdeep Singh, signs MoU with HP to set up 520mw Hydro plants in the state. Headquarters of NTPC is located at Delhi. The main aim of this MoU is to achieve NTPC’s goal of achieving 32 GW of renewable energy capacity by 2032. Already 25% per of goal is completed. This is the first hydropower project of NTPC. NTPC has already worked with the Himachal Pradesh govt. with Koldam Hydro Power Station with an installed capacity of 800 MW. The Seli (400 MW) and Miyar (120 MW) projects would be set up at the Chenab basin in the Lahaul and Spiti district. The 2 hydroelectric plants would be run-of-the-river projects. Hence, no large reservoirs would be built in these rivers. 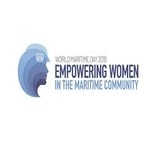 26th September 2019 Current Affairs: World maritime Day 2019 is Being Observed on 26th September. This day is to celebrate the maritime industry’s contribution to the global economy. USA, UK, Canada and many more countries will celebrate this World Maritime Day with special events. This day is celebrated on the importance of maritime security, marine environment, and shipping safety. This year this main theme of this World Maritime day is Empowering Women in the Maritime Community. The main objective of this theme is to provide an opportunity to create awareness about the importance of gender equality. And another motive for this theme is to highlight the contribution of women in the maritime sector. So many of the countries on 26th September celebrate this World Maritime day with this theme. 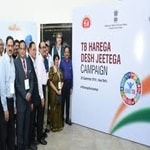 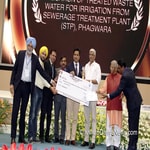 26th September 2019 Current Affairs: Minister for Jal Shaki presented these Nationa Water Mission Awards 2019 on 25th September 2019 in New Delhi. Nearly 20 organizations received these National water mission awards. The awards are presented to the organizations which are recognized the excellence of organization in water conservation, efficient water use, and sustainable water management practices. The Department of Water Resources, River Development & Ganga Rejuvenation, Ministry of Jal Shakti instituted these awards. Under 10 categories, these awards are given. Those categories are, 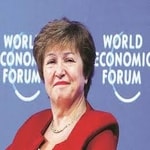 26th September 2019 Current Affairs: Economist of Bulgarian, named Kristalina Georgieva has been recently selected as new managing director of IMF. Ms. Kristalina previously working as the chief executive of the World bank and becomes the first person from an emerging economy to lead the International Monetary Fund. She is the only nominee for this job. According to an unwritten rule, a European has led the IMF since its creation in 1945 after the Second World War and the leader of the World Bank has been designated by the United States. She completed her political economy and sociology at the Karl Marx Higher Institute of Economics in Sofia while Bulgaria was still under communist rule. Ms. Georgieva going to be appointed for next years starting on 1 October. 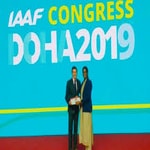 26th September 2019 Current Affairs: The former Indian athlete and Olympian champion PT Usha has been awarded the prestigious International Association of Athletics Federation (IAAF) Veteran Pin Award on 24th September 2019. Recently PT Usha shared this information with a picture through Twitter. She tweeted and thanked the IAAF. Also, she talked about the requirement to promote athletics in the country. PT Usha Tweeted, “Expressing my deep gratitude towards IAAF and President Sebastian Coe for awarding me the Veteran Pin at the 52nd IAAF conference in Doha. I look forward to continuing contributing to the growth of athletics in our country!”. This IAAF held in Qatar on 24th September 2019. This wad the 52nd conference of IAAF. IAAF president Sebastian Coe presented IAAF Veteran Pin Award to PT Usha. 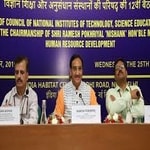 The National Institute of Technology, Science Education and Research (NITSER) 12th meeting was held at New Delhi. The motive of organizing this meeting is to enhance the academic performance of the Institutes. It ensures to achieve higher educational standards. This meeting was arranged by the Ministry of Human Resource Development. Union HRD Minister Shri Ramesh Pokhriyal Nishank chaired this meeting. Delegates including Directors of the NITs and Indian Institute of Engineering Science and Technology, Shibpur and Chairpersons of Board of Governors of these Institutes participated in the meeting.

PDIL Engineer Recruitment 2022: Good News for job hunters. Projects & Development India Limited (PDIL) has newly released a job advertisement for the recruitment of Diploma Engineer & Degree Engineer Posts on a contract basis. Eligible and interested candidates may apply for PDIL Engineer Jobs through online mode. There are 132 vacancies are available under PDIL Notification. Applicants who are

SAIL Trainee Recruitment 2022: Steel Authority of India Limited is going to conduct the walk-in Interview for the selection of trainees for a training program in Ispat general hospital, Rourkela, to improve employability skills. Interested candidates may attend the walk-in interview on mentioned dates. Under SAIL Rourkela Recruitment 2022, a total number of 200 vacancies are available. Job aspirants who are