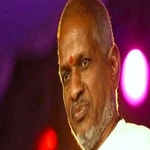 The prestigious “Harivarasanam” award was given to the famous music director Ilayaraja by the government of Kerala. On January 15, 2020, the award will be given to Ilayaraja in Sabarimalai. Ilayaraja is a music director who composed music for many films in the southern film industry. Ilayaraja already received multiple awards and honors from the Government of India, such as the Padma Vibhushan Award. However, people became very popular with the song “Harivarasanam,” the song of Sabarimala. It recognized by devotees of Ayyappa as the most demanded song. Finally, Ilaiyaraaja honored to receive the Harivarasana award and rare to receive it at Sabarimala. Thus, Ilaiyaraaja is on 27 December 2019 current affairs. 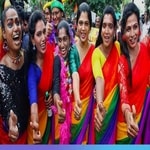 For the first time in the world, the university was designed specifically for transgender people. The Kushinagar district of Uttar Pradesh is launching a transgender university next year in January. The University established by the All-India Kinnear Siksha Service Trust (AITEST). All courses from LKG to Ph.D. are open. AITEST President Dr. Krishnamohan Mishra said, “This is the first time we have made a transgender community decision in the world. Classes start on January 15. All classes will begin in February and March. MLA Ganga Singh Kushwaha is the main person who supported the formation of the university. Thus, Transgender university is on 27 December 2019 current affairs. 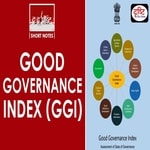 Department of Administrative Reforms & Public Grievances and the Centre for Good Governance released the Good Governance Index 2019 on 25th Dec. Dr.Jitendra Singh launched the GGI Index 2019 list. Tamilnadu state stands in the 1st position and Puducherry stands in the top under Union territory state. India will observe the good governance day on the 25th December annually to remember the former Prime Minister Atal Bihari Vajpayee. Good Governance Index has given by considering the 10 sectors like public health, Social welfare, infrastructure, utilities, etc. Jharkhand is in the bottom of the list under the big states category. Under Union territories, Lakshadweep is in the bottom stage. Besides, Uttarkhand topped list under the Northen east hill states category. Finally, Tamilnadu with good governance score is on 27 December 2019 current affairs. 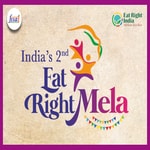 The second edition of Eat Right Mela conducted in New Delhi. Harsh Vardhan, who is the health minister of India inaugurated the Mela. Health minister while addressing the people Eat Right Mela is to create awareness of eating habits. Nurturing the body with a healthy diet will protect humans from diseases. Besides, India is suffering from under-nourishment, and overeating. In addition, Indians due to lack of exercise, Getting fatty and reduction in resistance power. On the other hand, Chinese junk food is ruling the Indians and becoming lazy. Thus, India Govt is conducting Eat Right Mela Programs in different states to promote the right food importance. Therefore, the 2nd edition of Eat Right Mela is on 27 December 2019 current affairs. 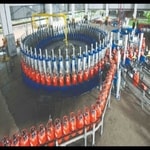 The BPCL LPG gas bottling plant was established in the Bolingir, Odisha. Vice President Of India M Venkaiah Naidu will inaugurate the plant on 27th Dec. Odhisa people are nearly consuming the 78 lakh cylinders per year and it will increase up to 100 lakh cylinders in the future. Odhisa government is setting up other new plants at Bhubaneswar and Rayagada. Totally 7 LPG gas blotting plants with a capacity of 2 crores 80 lakh per year. Besides, Odhisa Chief Minister Naveen Patnaik and Union Minister Dharmendra Pradhan also attended the inauguration function of the BPCL bottling plant. Finally, Odhisa with new bottling plants is on 27 December 2019 current affairs. 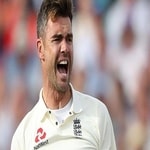 England pacer James Anderson was named in the list of over 150 matches. With Centurion’s first test against South Africa, Anderson reached 150 in test format. He played 150 test matches and became the first to set a new record for the bowler. He became the ninth cricketer to play 150 test matches. Sachin Tendulkar played 200 tests and in the top position, Ricky Ponting with 168 tests and Steve Waugh with 168 tests. All of these are batsmen, but the first bowler is Anderson’s. Anderson was also fourth with 576 wickets in his Test career. Anderson is the only bowler to take for England more than 500 Test wickets. After Anderson, Shane Warne is Test cricket’s most prolific bowler. Finally, Andreson with 150 test was on 27 December 2019 current affairs. 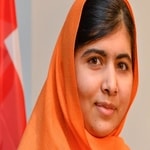 The recipient of the Nobel Peace Prize, Pakistan’s Malala Yousuf Joy, is recognized as a famous young woman. Malala’s revealed as a teenage girl in the second decade of the 21st century. On the basis of the recognition granted to Malala from 2010 to 2019, the UN has announced this. The UN remembered Malala’s fight in Pakistan for girl’s education. Malala has been thinking about girl’s education since teens and has been battling the Taliban. She honored for her contribution to the Nobel Peace Prize in 2014. Besides, In 2017, she also appointed as a UN peacekeeper. Finally, Malala as a famous teenager is on 27th December 2019 current affairs.