For Top 10 Current Affairs Of The Day, Visit Jobads regularly.

National Tribal Dance Festival is inaugurated by the Rahul Gandhi in the Chattisgarh capital Raipur. This is the 1st National tribal dance festival in the country with 1300 participants from all over India. Nearly, 6 Foreign countries are involving in the national festival of tribal. The festival started on the 27th Dec 2019 and will continue for 3 days. Chattisgarh Chief Minister Bhupesh Baghel also attended the inauguration function of the festival. Tribals will perform 45 types of different dances in this festival, and 29 tribals will involve in organizing the events. Protecting the tribal heritage community is the main reason for celebrating this festival. Thus, National Tribal Dance Festival is on 28 December 2019 current affairs. 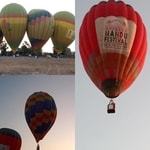 Mandu Festival 2019 is started in the Madhya Pradesh state. Madhya Pradesh Tourism Board is organizing the event which is a 5-day event from 28th Dec to 1st Jan 2020. Madhya Pradesh State Tourism Minister Surendra Singh Baghel inaugurated the Mandu festival 2019. Also, the Tourism minister unveiled the logo and poster of the festival. On these 5 days, Workshops, Musical nights, Dance shows and many other cultural events, conducted as a part of the event. Besides, This is the 1st edition of the Mandu festival, Visitors can share their views on the cycling tours, walking tours. This festival aims to create some space for Madhya Pradesh tourism on the International Tourists Map. Thus, the Mandu festival is on 28 December 2019 current affairs. 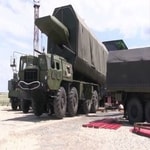 Russia launched the 1st Avangard Hypersonic Missile into services. This missile will become Russia’s weapon of the future. Russian President Vladimir Putin says that Avangard hypersonic missile will cross all the missile defense systems in the world. Avangard deployed at the Urals mountain range between Europe and Asia. This missile can reach the US territories within the 20 minutes and hits the target as a fireball. Russia is spending a lot of million dollars on manufacturing the new missiles and nuclear weapons. Avangard was designed by the Moscow Institute of Thermal Technology and Manufactured by the Votkinsk Machine-Building Plant. In the last year’s trial, Avangard missile runs for the 6000 Kms. Finally, Russia’s Avangard Hypersonic missile into services and occupied space on 28th December 2019 current affairs. 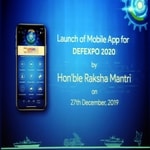 DefExpo 2020 Mobile app is launched in the Lucknow by the defense minister Rajnath Singh. The DefExpo scheduled from Feb 5th to 8th in the next year 2020. Defense Exhibition 2020 comes up with the theme “India: The Emerging Defence Manufacturing Hub”. Besides, the Defense Ministry says that this is the world’s largest defense exhibition. 880 exhibitors registered in the 2020 DefExpo to exhibit the planes. So, To create friendly relations with the exhibitor’s defense ministry launched an app DefExpo 2020 to provide updates on the daily events, Special guests schedule, and Maps for the venue. This app will provide the engagement between the exhibitor and government officials to give complaints and feedback. Thus, DefExpo2020 is on 28 December 2019 current affairs. 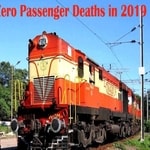 Indian Railways come with a new report on the death rate of passengers in train accidents. Not a single passenger killed in train accidents in the 2019 year and created history as the safest year. Some staff died in major accidents and no passengers killed in an accident. There were 16 deaths in financial 2018–19, 28 deaths in 2017–18 and 195 deaths in 2016–17. Between 1990–95 there were approximately 500 railway accidents per year. In these five years, there were 2,400 deaths and 4,300 people injured. In 2013, there were 110 accidents annually, 990 people killed and 1,500 injured in these five years. Accidents on the railway have been decreasing for years. Thus, In 2019, Indian railways reached a zero death rate on 28 December 2019 current affairs. 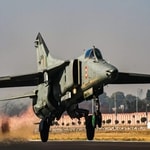 MIG-27 fighter aircraft, which have been in service for nearly three decades, will be put to rest. South Western Commanding in Chief Air Marshal SK Ghotia attended the MIG farewell ceremony on Friday at Jodhpur Air Force Base. He said Mig-27 planes were at the lead on the battlefield and were valuable in the 1999 Kargil war. 7 aircraft have served more than 30 years at the Jodhpur Air Base. Mig-27 is the ground-attack aircraft, designed by the soviet union in 1975. First soviet Russian air forces used the Mig-27 in the Afghanistan conflict in 1988. Secondly, India used the Mig-27 in the war between India and Pakistan in 1999. To date, The Mig-27 services are marvelous and finally, leading to rest. Thus, Mig-27 farewell is on 28 December 2019 current affairs. 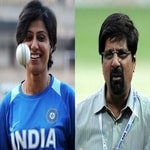 Indian cricketer Krishnamachari Srikanth and Indian women’s team captain Anjum Chopra have been selected for the prestigious CK Naidu Lifetime Achievement Award presented by the Board of Control for Cricket in India (BCCI). The award will be awarded at the Board of Directors ‘Annual Awards Ceremony in Mumbai on January 12, 2020. The 60-year right-handed batsman, who scored 2062 runs in 43 Tests and 4091 runs in 146 ODIs. In addition, Srikanth was a member of the 1983 World Cup-winning team. He was also the chief selector of India, winning the World Cup for the second time in 2011. Anjum Chopra, 42, has played 12 Tests, 127 ODIs and 18 T20s in her career. Finally, Srikanth and Anjum with CK award are on 28 December 2019 current affairs. 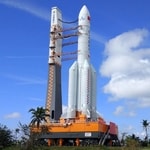 China launched the CZ-5 rocket from the Wenchang Space Launch Center. This is the largest carrier rocket in China. China launched the CZ-5 rocket for the 3 times. First attempts and 2nd attempts are failed but the third attempt was successful. CZ-5 is actually a Changzheng 5 rocket designed by the China Academy of Launch Vehicle Technology. CZ-5 is having another LM-5 i.e Long March-5 rocket. In Nov 2016, China made a trial on the LM-5 with 25,000 kg payload and failed in sending it into the geostationary transfer orbit. The second attempt failed due to engine failure. Finally, the Third attempt CZ-5 was successful by sending the Shijian-20 communications satellite into a geostationary transfer orbit. Thus, CZ-5 is on today’s 28 December 2019 current affairs.