Stay tuned to jobads to get Day to Day Current Affairs. 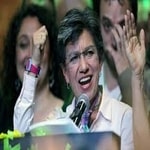 For the advancement of both Women & LGBT rights, Colombia’s capital city of Bogota was elected Claudia Lopez as the first female Mayor. Claudia Lopez is 49 years old and openly gay. Lopez possessed Masters in Public Administration and Urban Politics from Columbia University in New York and a doctorate in Political Science from Northwestern in Chicago. Claudia won the Mayor’s race of Bogota on the staging of a fight against corruption and advance equal rights for minority communities. Columbian President Ivan Duque said that “these elections had attracted a large number of people in the country”. So, Claudia Lopez made a spot in 28 Current Affairs 2019. 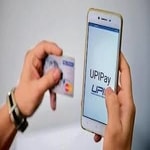 After launching three years, India owns the domestic platform Unified Payments Interface (UPI) hit one billion transactions in October. Recently it also crosses 100 million users for making the fastest choosing of making payments anywhere in the world. By achieving this double milestone National Payments Corporation of India (NPCI), which operates the UPI platform, now it is going to step into global. UPI platform was started before demonetization in 2016 for making transactions from one account to another account without giving any details. NPCI Cheif executive officer Dilip Asbe says that ” We should be top among all “. 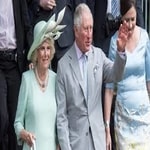 Heir to the British throne, Prince Charles is going an official visit to India in the next month. In this visit, he is going to focus on sustainable markets, climate change, and social finance. Prince Charles, 70 is going to arrive in New Delhi for two days to visit India on November 13th. This is the 10th Official visit to the country. His last visit to India was in the year of 2017 November with his wife Camilla, Duchess of Cornwall, to Brunei, India, Singapore, and Malaysia. After leaving a Europian Union Britan has been interested to secure a Trade deal with India. Other details about the visit will come a week after Charles’s son William and his wife Kate completed a four-day trip to India’s neighbor Pakistan. Hence, Prince Charles got a place in this 28 October 2019 current affairs. 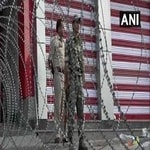 Europian Parliamentarians are set to visit the Kashmir valley on 29th October 2019. The parliamentary team members are now in India. This union team met National Security Advisor Ajit Doval earlier today in Delhi. PM Modi and National Security Advisor Ajit Doval will summarize them on the situation ahead of the visit. This is the first time after announcing an article 370 from the state of Jammu & Kashmir visiting the international delegates will be visiting the state. The Europian parliamentary will meet tenants and owners of the boats in Dal lake. Former CM Mehbooba Mufti reacting to the rise hoped that the world’s iron curtain between Kashmir would be lifted. 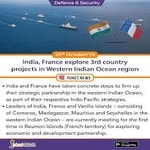 India in partnership with France is interested to focus on port development, blue economy, trade, connectivity, tourism, skill development, hospitality, and healthcare. Leaders of India, France, and the Vanilla Islands consisting of Comoros, Madagascar, Mauritius, and Seychelles in the Western Indian Ocean, are currently meeting for the first time in the Reunion Islands(French Territory) to discuss the economic and development relationship. India is represented at the meeting by state minister by foreign affairs V Muraleedharan. 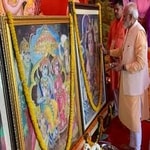 Dev Deepawali festival which is celebrated 15 days after Diwali in Varanasi Uttar Pradesh. To take part in the festivities PM Narendra Modi is going to visit his parliamentary constituency on November 12th. PM will also partake in the 550th Prakashotsav of Guru Nanak Dev Ji in the Guru Bagh Gurudwara. Last year for Dev Deepawali festival Uttar Pradesh chief minister Yogi Adityanath attended with famous film actor Anil Kapoor. And all the ghats have lite up with earthen lamps and multicolored lights. Many pilgrims and devotees from the world will attend the famous ghats of Varanasi from early morning to offer prayers and take a dip in the River Ganges. Hence, Dev Deepawali has a place in this 28 October 2019 Current Affairs. 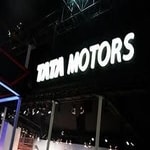 Tata Motors Ltd board has approved equity infusion of 6500 Crores from its promoter TATA Son Pvt Ltd. To reduce its absolute debt levels this equity infusion amount will be helpful for TATA Motors. Tata Motors group chief financial officer P.B. Balaji, said its total debt stands at around ₹50,000 crores, of which ₹20,000 crore remains in its stand-alone business. To refinance its existing debt, the board also approved raising ₹3,500 crores via external commercial borrowing. Better performance of Jaguar Land Rover (JLR) in China helped TATA motors to considerably reduce its consolidated second-quarter loss to ₹188 crores connected with a net loss of ₹1,009 crores in the year-earlier period. So, TATA Motors got the place on 28 October 2019 Current Affairs. 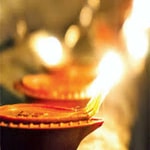 A new record was created at the Ayodhya for the 6 lakh earthen lamps lit up the Saryu river bank on the eve of Diwali. Various walks of life have involved in the event and lighten the Diyas to cherish the moment. Last year 3 lakhs of lamps lighten at the Ayodhya. Uttar Pradesh government’s Director Information Shishir said ” the record of last year at the ghat was three lakh one thousand one hundred and eighty-six ‘ Diyaas. And this year this was 4 lakh 10 thousand. Guinness world record representatives announce it was a new record. UP Chief Minister Yogi Adityanath also initiated and laid the foundation of different schemes worth Rs 226 crore.