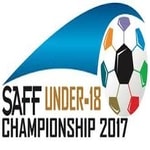 28th September 2019 Current Affairs: Good news for the football lovers. India entered into the SSFF Under-18 Football Championship 2019 after beating Maldives 4-0 in the semi-final in Kathmandu. Narender Gahlot and Muhammed Rafi played a crucial role in the winning part of India. Indian players head off the Maldives throughout the game. And Bangladesh defeated Bhutan by 4-0 yesterday’s afternoon and entered into the finals. India has to take the final clash with Bangladesh for the title. Host Nepal and Sri Lanka crashed out of the Championship at the group stage. Our Jobads team heartfully wishes the India football team for entering into the finals and hope they win the final trophy. 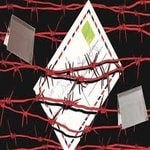 28th September 2019 Current Affairs: All of us know that there are some issues regarding the scrapping of special status for Jammu & Kashmir, Islamabad. Now, Pakisthan Govt stopped the postal main exchange between 2 countries. The people who are living inside Punjab on the India side have stopped to receive the mails such as magazines, publications, and even letters which they used to get regularly earlier from Pakistan via post. The postal mails going to other countries from India are handled through FPOs & DoP under the central Ministry of Communications. The deputy director-general, Ajay Kumar Roy, said that FPOs at Delhi and Mumbai were designated to handle mails (to and from) for Pakistan. The exchange with Pakistan was via air-route. Due to the special status and India and Pakistan got issues and finally, the postal service is stopped and it is implemented recently. 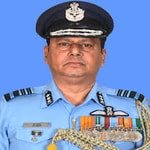 28th September 2019 Current Affairs: The Air Marshal B Suresh appointed as a Western Air Commander of the Force in New Delhi. In a reshuffle in the top brass of the force, Air Marshal HS Arora was appointed as the vice chief of Indian Air Force (IAF). He is currently Air Officer Commanding in Chief (AOC-in-C) of the Indian Air Force’s Southern Air Command. On October 31, he will succeed Kargil war hero Air Marshal Raghunath Nambiar. Air Marshal RKS Bhadauria appointed as its new chief. Suresh was awarded the Vayu Sena Medal in 2001 and Param Vishisht Seva Medal in 2019. He was appointed as the honorary Aide-de-Camp (ADC) to the President of India on 1 March 2019. 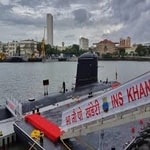 28th September 2019 Current Affairs: Khanderi, India’s 2nd Scorpene Submarine, Commissioned By Rajnath Singh. The Union Defence Minister Rajnath Singh commissioned the INS Khanderi Union Defence Minister Rajnath Singh today commissioned the INS Khanderi in Mumbai, making it the second Scorpene-class submarine to join the submarine arm of the Indian Navy. On this occasion, Mr. Rajnath Singh said that he feels proud to be standing here to commission the INS Khanderi. And he said “it has been built in India under Project 75. This is a symbol of our specialties with France as this project is a collaboration with France. We are proud of our Navy. In 1971, the Navy played a huge role in defeating Pakistan. Pakistan should know our capabilities and we can use them if required.” 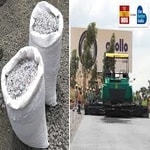 28th September 2019 Current Affairs: Officials of Bangalore International Airport Limited (BIAL) seeking waste plastic to build rods. Citizens of the state capital have been asked to donate their plastic waste to build 50-lane-km roads in the airport campus. This campaign is named as PlasticBeku (Want Plastic). This is the part of an ongoing plan to lay a road at the Kempegowda International Airport. The PlasticBeku collection program will be undertaken at three schools named as Vijayapura Government Higher Primary Girls Model School, BIAL-adopted schools Bettakote Government Lower Primary School, and Ardeshanahalli Government Lower Primary School. Along with this, five panchayats of Devanahalli taluk as well as in private schools and resident welfare associations (RWAs) in north Bengaluru.