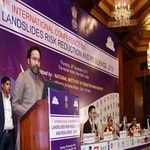 1st International Landslide Risk Reduction and Resilience Conference was held at New Delhi on 28th November. G Kishan Reddy who is the state affairs minister addressed the conference. The main purpose of this meet is to discuss the developed approaches to minimize landslide disasters. In hill stations and large building areas, there will be a high chance of landslides. Besides, Meet has provided some awareness on the adoption of disaster management act 2005. Central and State governments should follow this act to strengthen the stakeholders to make India a disaster-free nation. Besides, Reduced landslide losses will reduce the death rate. Thus, the Landslide Risk Reduction conference is on 29 November 2019 current affairs. 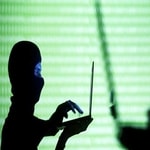 Tata Communications tie-up with the Kacific Broadband Satellites Group to provide web connectivity and cybersecurity to Singapore companies. These 2 Companies are the best global internet provider for many companies. Kacific’s Ka-band satellite group which is the Bombay Stock Exchange company is getting the Tata internet and cybersecurity services. Christian Patouraux who is Kacific CEO and Amur Swaminathan Lakshminarayanan, CEO of Tata Communications have made an agreement on 29th November. Besides, “Kacific1” is a high throughput satellite (HTS) to deliver high-speed broadband to companies and governments in South Asia. In this project, the sub-sea fiber network cable used to restrict the losses. Finally, Tata with Kacific is on 29 November 2019 current affairs. 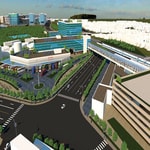 Bengaluru is planning to build the 8 Multi-Modal Transit Hubs. The Directorate of Urban Land Transport is undertaking the project with the help of the Karnataka Government. Multi-modal transit hubs will provide the interchanging of traveling services in one place. Under this project, DULT will create a hub for all transport services like Metro, BRTS, suburban rail, and other local buses. The interchange points are well-planned for travelers between the bus terminal, metro station, and the railway station. Besides, These hubs are also providing the parking area, cloakroom, waiting halls, and food facility for customer convenience. The government is also seeking to construct other 3 interchanging points in Bangalore city. However, Multi-Model Hubs of Bangalore is on 29 November 2019 current affairs news. 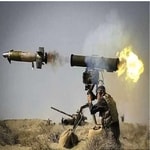 Indian Army successfully test-fired two Spike Long Range anti-tank missiles in Madhya Pradesh. General Bipin Rawat who is the chief of army staff says that fourth-generation of spike long-range missile hit the target at the 4kms. Besides, This missile has some additional features like the ability to fire at a pinpoint, low or high trajectory firing techniques. Mainly this long-range anti-tank missile has day and night modes. These modes will help the shooter to see the target clearly. This missile operates with the program Lock-on after launch (LOAL). Rafael Advanced Defense Systems designed and manufactured the missile with the imaging infrared seeker. Thus, India’s Spike missile is on 29 November 2019 current affairs news. 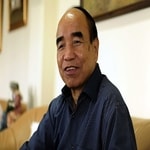 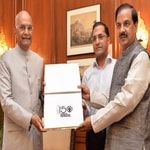 IIT students and the National Council of Science Museums are planning to launch the Gandhipedia portal to present the books, letters, and speeches of Mahatma Gandhi. IIT Kharagpur is writing the program for the portal with Artificial Intelligence to make the site user-friendly. First, they will introduce the 40 books written by Mahatma Gandhi and next, the movements in which he involved. From the Birthday to Deathday of Gandhiji’s life will represent in the portal. Professor Animesh Mukherjee inspired by one of the Gandhiji books “My Experiments with Truth” and decides to start one portal. IIT Gandhinagar, IIT Kharagpur and National Council of Science Museums are involving in the project. Thus, Gandhipedia is on 29 November 2019 current affairs. 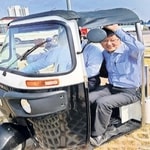 Japan’s technology-powered solar auto was tested in IIT Hyderabad. The test drive conducted under Shimida and Chiba by members of the HSEV INC Japan team. IIT Chemistry Group students of IIT Hyderabad used Japanese engineering technics to conduct solar automation. This auto can charge for 4 hours and runs at 40 km / h. It can travel at high speeds of 80 km / h. It will cost up to Rs 1 lakh 70 thousand to make an auto in Japan, while in India it will cost just Rs. 1 lakh. Besides, The Japan team appreciated the IIT students for helping in manufacturing and implementing their ideas. Therefore, Solar Auto is on 29th November 2019 current affairs. 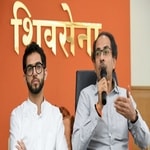 Maharashtra’s Sena leader Uddhav Thackeray sworn in as chief minister of the state on behalf of the Shiv Sena, NCP and Maha Congress. He is the 19th Chief Minister of Maharashtra. Eknath Shinde, Subhash Desai, NCP leaders Jayant Patil, Chagan Bhujbal, Balasaheb Torat, and Nitin Raut take oath as ministers after the swearing-in of Uddhav. His political career started as the working president of Shiv Sena. Later, His father Bal Thackeray has given party powers to Uddhav in 2013. Besides, His son Aaditya Thackeray won as MLA. Therefore, Maharashtra’s Politics is on 29th November 2019 current affairs.