For Day to Day Current Affairs Of December, Visit Jobads. 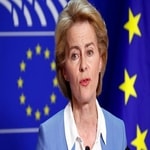 Ursula von der Leyen elected as the new President of the European Commission. She was the first woman president for Europe Commission. Narendra Modi congratulated her and discussed on some aspects like democracy, India-EU partnership, and multilateralism. Leyen was born on born 8 October 1958 in Brussels. She started her career by joining the Christian Democratic Union(CDU) in 1990 as a local politician. From 2003 to 2005 she works as minister for cultural occurrences, gentlewomen, and health departments in Lower Saxony state government. From 2005–2009 under the leadership of Angela Merkel, She has worked as the Federal Minister of Family Affairs and Youth. Besides, She was Minister of Labour and Social Affairs from 2009 to 2013. Minister of Defence in 2013–2019 and became president on 1st Dec 2019. Thus, Ursula von der Leyen is on the 3rd December 2019 current affairs. 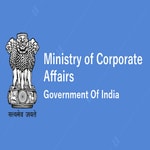 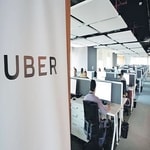 Uber launched it’s Center of Excellence (COE) in Visakhapatnam. This center will have a team to provide emergency services to deal with emergencies and respond to any incident quickly. Wen Zhu Lin, Director of Community Services says that this center mainly dedicated to providing customers and riders with full support. In 2015, The company established its first center in Hyderabad in India and the 12th center in the world. Uber now serves riders, drivers, clients, couriers and restaurant partners with over 1,000 employees. Visakhapatnam opened a second center to compete with Ola. It’s the world’s 12th center for the Uber. It has two CEO centers in the United States, 4 in Asia. Besides, It has some excellence centers in the Middle East and Africa. Thus, Uber with the new center is on 3rd Dec 2019 current affairs. 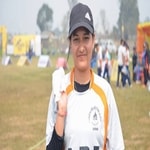 Anjali Chand is a Nepal woman cricketer who has set a new record by taking six wickets and not giving up a run. Anjali Chand, who was an inexperienced bowler and took 6 wickets, entered the cricket record. This medium-speed bowler with six wickets is only 2.1 overs. Besides, In the recent T20 match against Bangladesh, India’s pacer Deepak Chahar hit a six-wickets. As part of the South Asian Cricket Games, four teams are playing in Pokhara. The tournament also involves Nepal, Maldives, Bangladesh and Sri Lanka. The four teams will play in the round-robin format for the gold medal. The last two teams are heading for the bronze medal. Thus, Anjali Chand is on 3 December 2019 current affairs. 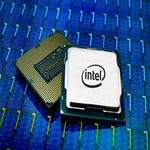 Intel India, a chip manufacturer, has set up its design and engineering center in Hyderabad. The center inaugurated by Telangana Industries and IT Minister Kalvakuntla Taraka Rama Rao (KTR). He said that Hyderabad became a hub for X-Scale Supercomputer development. Intel expects that supercomputers will develop in the United States in 2021 and India in 2022. In the next four years, KTR said it aims to create 3 lakh jobs in Telangana. “In the IT sector, 30,000 jobs have already created with the new centers. Besides, Intel is planning to develop these centers in all over India. Therefore, Intel is on the 3rd December 2019 current affairs.