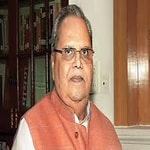 On 3 November 2019, Satya Pal Malik, former Governor of Jammu and Kashmir, was appointed Goa Governor. Mridula Sinha is Goa’s former governor. The Satya Pal Malik vowed by Bombay High Court Chief Justice Pradeep Nandrajog. Malik has been appointed Goa Governor by President Ram Nath Kovind. Jammu & Kashmir is divided into two union territories as a result of Article 370. Malik was first elected to the Rajya Sabha in 1980 to represent the Lok Dal. Malik joined the BJP later and in 2005 was elected to the Lok Sabha. Therefore, Satya Pal as a new governor for Goa was on 4 November 2019 current affairs. 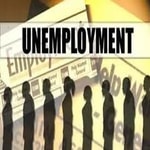 Throughout India’s past, a report by leading Azim Premji University, unemployment rates have risen at an unprecedented level. According to the Job Crisis Survey, job dropped from 474 million in 2011-12 to 465 million in 2017-18. It was clear in their study that youth and educated people unemployed. The services sector provides the highest employment among the non-agricultural sectors in the country. Besides, The non-manufacturing sector like the construction sector generated 4 million jobs a year in 2004-05 and generating only 0.6 million between 2011-12 and 2017-18. UP tops NLET’s highest number of youth states, followed by Bihar, West Bengal, Maharashtra, Madhya Pradesh, Andhra Pradesh, Rajasthan, Gujarat, Karnataka, Tamil Nadu, Odisha, Jharkhand, and Assam. In the year 2017-18, employment in the manufacturing sector was 61 percent. Therefore, Employment Crisis was on 3 November 2019 current affairs. 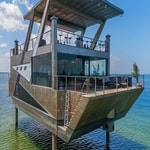 For the first time in the world, a boat was made with all steel. This is particularly impressive at the 60th Fort Lauderdale International Boat Show in Florida, USA. The boat is with nine thousand square yards names ‘Mansion Yat‘. It has five bedrooms and five bathrooms, with several indoor and outdoor sitting areas. Besides, Boat owner Bruno Edwards says the cost of operating the boat is 25 percent lower than which is made of fiberglass. Many traders are competing to buy it. The boat, which is 40 feet wide and 85 feet long, can seat 145 people comfortably, Bruno Edwards. It is currently mount on 18 feet of water and on four hydraulic pillars. Therefore, First Steel Boat was on 3 Nov 2019 current affairs. 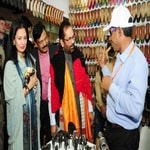 The government is acting on the “Hunar Hab” mission, which is the Talent Hub for the development of skills of craftsmen, artisans, and traditional foodie experts according to market demands in all states. In the inauguration of “Hunar Haat” in Prayagraj in Uttar Pradesh, Union Minister for Minority Affairs Mukhtar Abbas Naqvi said the central government approved 100 talent hubs for different regions of the country. The “Hunar Haat” is a very profitable scheme to provide the traditional tradespeople in every corner of the country with job opportunities. Besides, Hunar Haat 2019-2020 will be focused on the “Ek Bharat Shrestha Bharat” theme. Therefore, Hunar Hub is on 3 November 2019 current affairs.