Visit the Jobads for more current affairs of October 2019. 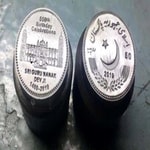 Pakistan’s government issued a commemorative coin to celebrate the 550th anniversary of Guru Nanak Dev. He is the founder of the Sikh community. At the Kartarpur Sahib, the coin cost 50 Pakistan Rupees will be available. India posted a register of First 575 pilgrims to visit Gurudwara Kartarpur Sahib’s inaugural ‘ Jatha ‘ via Pakistan’s Kartarpur corridor. The corridor combines the Gurdaspur statue of Dera Baba Nanak in India to Darbar Sahib Gurdwara in Kartarpur, Pakistan. For visiting this inauguration Pakistan has kept 20 US Dollars as a fee. Besides, Postal stamps worth PKR 8, will also be available to the pilgrims at Kartarpur. However, Guru Nanak Dev commemorative coin was on 31 October 2019 current affairs.

Tejas Refund does not Apply in Cases of ‘Act of God’: 31 Oct 2019 Current Affairs 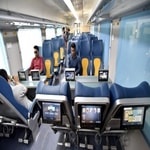 The Lucknow-Delhi Tejas Express is India’s first private train run and not by Indian Railways. Tejas Delay will refund the amount to the passengers. The IRCTC run Tejas Express ‘ payment-for-delay ‘ scheme may not apply in situations of delays due to winter fog, rainy season floods which are ‘Act of God‘. IRCTC will shortly operate another Tejas service with the same services via Ahmedabad to Mumbai. IRCTC compensates its travelers on the Lucknow-Delhi train Rs 1.62 lakh in return on October 19 as it was delayed by more than three hours. Therefore, the Act of God will not get any refund from the Tejas Scheme train. 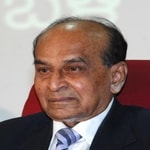 On 30 October 2019, Former Karnataka Lokayukta and former judge of the Supreme Court Nanje Gowda Venkatachala died in Bengaluru. He was running with 89 years, due to health issue died in the Ramaiah Memorial Hospital. In July 1992, Justice Venkatachala appointed as Supreme Court judge. In July 1995, he resigned to his post. Since retirement from the judiciary, he works as Karnataka’s Lokayukta. Gowda was born in a farmer’s family in Mittur village in Kolar district. Venkatachala graduated from Mysore University with a Bachelor of Science and Law. Venkatachala is mainly famous for calming the anti-corruption which is the department of Karnataka Lokayukta. Therefore, Venkatachala occupies space on 31 October 2019 current affairs. 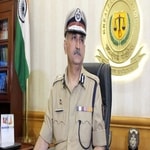 Maharashtra DGP Datta Padsalgikar was appointed as Deputy National Security Advisor of India. He had previously served 26 years in the Intelligence Bureau. He would be Mumbai’s first Maharashtrian chief of police. Besides, Ex-Commissioner of Police in Mumbai in 2016. Datta retired in 2018 as Director General of Police(DGP). Maharashtra Police colleagues greet Padsalgikar’s role in holding Pakistan’s involvement in Mumbai’s 26/11 terror attacks. Padsalgikar also worked in the police branch as a DCP. His previous position was Maharashtra Deputy Lokayukta. In the case of Ajmal Kasab, Datta Padsalgikar was working behind the curtains. Therefore, New National Security advisor Datta was on 31 October 2019 current affairs. 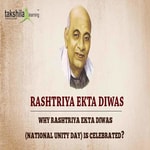 Sardar Vallabhbhai Patel played a major role in India’s freedom struggle and got 600 states to join the newly independent India with the strength of his convincing. Sardar Patel, whose real identity was Vallabhbhai Jhaverbhai Patel, received the tag ‘India’s Iron Man’. In 2014, the government announced its birthday as Rashtriya Ekta Diwas on October 31. Sardar Vallabhbhai Patel was born in Gujarat on October 31, 1875. He started his career as a lawyer. Sardar became the chairman of the Gujarat Congress Committee in 1920 and fought against alcohol, non-touchability, racial discrimination. Sardar Vallabhbhai Patel is in command of uniting the country with 562 nations. Therefore, he earned the name ‘Iron Man of India‘. Thus, National Unity Day observed on 31 October 2019 current affairs. 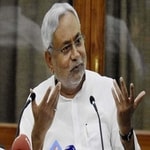 Bihar CM Nitish Kumar has been re-elected as Janata Dal’s chief executive for the next three years. At the party’s National Council conference, the prominent role reached the Nitish Kumar. Nitish Kumar said he will make efforts to develop the presence of the party other than Bihar to gain JDU recognition as a national party. Bharatiya Janata Party and Lok Janshakti Party in Bihar would get a tight fight in the next elections. Nitish is Bihar’s 22nd chief minister. Besides, He was Railway Union Minister and Surface Transport Minister in 2017. In 1999, He was the Minister of Agriculture in Atal Bihari Vajpayee’s NDA government. Therefore, Re-elected president Nitish was on 31 October 2019 current affairs. 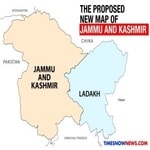 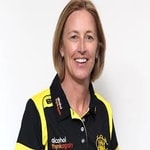 The England Cricket Board (ECB) has appointed its first female head coach for the England women’s team. The opportunity given to the former Australian cricketer Lisa Keightley. She was a right-handed batsman and sometimes a medium right-arm pace bowler. Besides, She’s a former England Women’s Academy head coach. Mark Robinson has been the coach of the women’s team in England till now. The 48-year-old Lisa represented Aussies in 9 Tests and 48 ODIs. However, after the defeat in the Ashes series, he resigned. Lisa will take over next January. The current England women’s one-day team is the World Champion. Lisa currently coaches the Perth Scorchers team in the Big Bash T20 League. Therefore, First Female Coach was on 31 Oct 2019 current affairs.