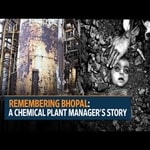 Madhya Pradesh Gas tragedy in 1984 is India’s worst industrial disaster that took a lot of lives on December 3rd. In this incident, more people died due to the leak of Methyl Isocyanate gas from the Union Carbide Plant. The company responsible for the accident is Union Carbide India Limited. Criminal cases are filed for negligence against the company. There were 10,000 deaths and 60,000 injuries. This effect on infants and pregnant women is still going on. New babies are born with cancers and disabilities. So, in 1984, this was the most dangerous incident. Everybody’s going to pay tribute to the dead on Dec. 3. Thus, the Bhopal disaster is on 4 December 2019 current affairs.

Indian Navy Day is celebrated every year on 4th Dec. The Indian Navy was in charge of the success of the war with Pakistan in 1971 which is called Operation Trident. By destroying the biggest Pakistani shipyard in Karachi on December 4 India won the war. As a part of success, the day is declared as Indian Navy Day. The Navy Day 2019 theme is “Silent, Strong and Swift“. Navy soldiers celebrate this day for a week. In this week, They conduct Open sea swimming competition and other mock drills. On this day, Navy officials will provide free visits for warships and aircraft. Thus, Indian Navy Day is on 4th Dec 2019 Current Affairs. 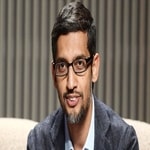 Google CEO Sundar Pichai has taken control of google parent company “Alphabet“. Google’s co-founder, Sergey Brin, steps down and Sundar Pichai serves as CEO to Alphabet. Active investors, members of the board and co-founders have all come together and made the decision. Pichai working in google for fifteen years. As CEO of Google and as a member of the Board of Directors of Alphabet, Alphabet has served well in its growth. Besides, The Alphabet group continues to produce products such as Wamo which is Self Driving Cars service, Verily Life Sciences, and Loon which is a Rural Balloon Internet Access. Pichai selected as Google’s CEO in 2015. Finally, Pichai with another position is on December 4, 2019, current affairs. 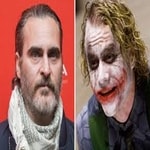 Hollywood actor Joaquin Rafael Phoenix elected as “The Year’s Peta Person-2019”. Phoenix is a vegan since the age of three and also associated with livestock volunteers. He recently took part in the event “We Are All Animals” at Time Square and Sunset Billboard hosted by PETA. Phoenix opposes to wild animals being imprisoned. He’s also known as the advocate for animal rights. For many movies, Phoenix is an actor and producer and has won a Golden Globe Award. Actors Pope Francis and Oprah Winfrey had previously won this award. PETA selects his name as a person of the year because of his kindness to animals. Thus, Phoenix is on 4 December 2019 current affairs. 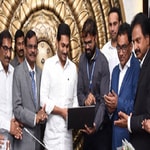 YSR Law Nestham is a scheme to give 5,000 per month for three years for junior lawyers. Andhra Pradesh Chief Minister YS Jaganmohan Reddy launched YSR Law Nestham on 3rd December. To support young lawyers financially until they can pursue a career this scheme is launched. The money will deposit in the junior judges and lawyer beneficiary’s bank accounts. Manika Rama Rao who is the AP Bar Council chairman says that Andhra govt is granting Rs 100 crore to Lawyer’s Welfare Fund. This is a good initiate by the govt to start their law career. Thus, Ap with a new scheme is on 4 Dec 2019 current affairs. 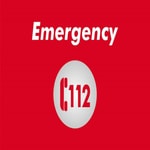 Union Home Minister G Kishan Reddy says that the 112 number-based emergency response system was operating in all of the country’s states except for West Bengal. If the individual is facing any risk, they can reach the 112 emergency number which provides immediate assistance. So, the Central government is advising the country’s people to download this software and sign up. Officers or volunteers in the area must rescue a vulnerable person. All states have to implement the 112 number app which will inform the nearest police stations to get some help. The main reason for updating this app is to give more protection to women. Thus, 112 emergency numbers came on 4th December 2019 current affairs. 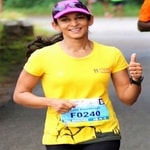 Divya Reddy, a female athlete from Telangana wins two medals at Asian Masters Athletics Championship representing India. She has bagged two medals i.e Gold and Bronze. In the 40-year-old age category, Divya Reddy won gold in the 800-meter run and won bronze in the 400-meter run. In 2 minutes 53.64 seconds, Divya Reddy reached the goal and became the champion in the final of 800 meters. Besides, Go Leung Yin from Malaysia has won Silver by finishing in 2: 54.15 seconds. Bronze medal to Amita Kanegankar from India by finishing in 2: 54.73 seconds in 800m run. Finally, Divya Reddy with two medals is on 4 December 2019 current affairs. 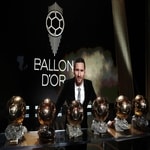 Lionel Messi has set a new record by winning 6th time the prestigious “Ballon D’or” award. The award shared five times by Portugal’s Cristiano Ronaldo and Messi. Messi is the latest player to beat Ronaldo to win this award. Messi had previously won the award in 2009, 2010, 2011, 2012, and 2015. Virgil van Dijk, the Netherlands defender, came in second. Messi scored 46 goals in 54 matches in the 2019 season. Megan Rapinoe from America won the women’s category “Ballon Dor” award. Also, Megan receives the Golden Boot Award and the FIFA Best Player Award for the World Cup’s highest goal scorers. Football journalists from 176 countries with an International Football Federation (FIFA) are involved in the voting for players. Finally, Messi won the award on 4 Dec 2019 current affairs.