For the latest current affairs of December 2019, Visit Jobads. 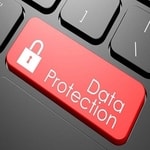 Indian government approves the parliament’s Personal Data Protection Bill. Prakash Javadekar, who is the Information and Broadcasting Minister of India, says the data protection bill has been approved. The Electronics and Information Technology Ministry (MeitY) passes the bill to the cabinet. Ravi Shankar Prasad who is the Telecom and Information Technology Minister is taking the process of this bill. Supreme Court judge B.N. Srikrishna passed the Personal Data Protection Bill in 2018 but not successfully approved. With this bill, social media channels and sources have to protect personal data. Govt of India is passing technical and policy laws to restrict the fake news in social. Thus, the data protection bill is on 5/12/2019 current affairs. 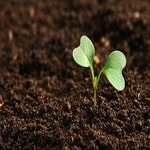 World Soil Day is observed on December 5th annually to focus the soil erosion. On this day people will plant trees to protect the soil. All the food materials will come from the fields. If the fields lose fertility then we will get proper food. To get good and nutritious food soil is the only solution. Soil erosion will take place by Rains, floods, destruction of mountains and hills, Digging and building a large house any many more. United Nations is running awareness programs to protect soil erosion. This organization is teaching the world techniques crop rotation, terrace farming and planting trees. “Stop soil erosion, save our future” is the theme of the World Soil Day 2019. Thus, Soil day is on 5 Dec 2019 current affairs. 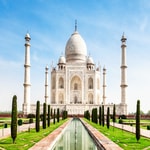 Hong Kong is in number 1 position in the City Destinations rankings. Bangkok, London, Macau, and Singapore are under Hong Kong. Besides, Newyork is the most popular city is in the 11th position. Recently, India occupies some space in the Top 100 city destination rankings. Delhi ranks at the 11th position and Mumbai on 14th rank. Totally 7 cities of India are on the list of world’s most popular city destinations. Agra is at 26th, Chennai at 36th, Jaipur at 34th, Kolkata at 76, Bengaluru at 100 positions. The rankings are based on the number of tourists arrivals and stayed 24 hours and less than one year. However, India with 7 cities is on December 5th, 2019 current affairs. 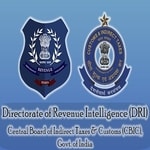 The Directorate Revenue Intelligence will be celebrating the foundation day on 4 December. As a part, on 4 December 2019, the 62nd Founding Day was celebrated. The 62nd DRI day event was inaugurated by Anurag Thakur, who is the Minister of State for Finance and Corporate Affairs. DRI is the main agency to investigate anti-smuggling, Fake currency, Drugs operations. Central Board of Indirect Taxes and Customs (CBIC) is the parental agency of DRI. This department will involve in money laundering and black money cases. Besides, It will prevent the illegal foreign sales of wildlife items and globally delicate goods. DRI will act as national and economic security for India. Thus, DRI foundation celebrations are on 5 December 2019 current affairs. 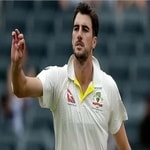 Aussies bowler Pat Kamins with 900 points is on top order. while South African bowler Kagiso Rabada has 839 points is in second place. Team India fast bowler Jasprit Bumrah was in fifth. The 9th spot was won by Ravichandran Ashwin and Mohammed Shami was in the top 10. Three Indian bowlers are in the top 10 ICC rankings. Jason Holder is on top of the list of all-rounders and Ravindra Jadeja is in second. Mitchell Starc is at the sixth spot under all-rounder rankings. Amy Satterthwaite Newzeland women batsman is on top. Jess Jonassen Australian women bowler is on top of ICC rankings. Finally, Pat Kamins continues on top of 5 December 2019 current affairs.

Team India captain Virat Kohli created a record in the latest ICC Test rankings. Kohli has climbed back to number one. In a test series against Pakistan, Australian batsman Steve Smith performed very poorly. He lost 15 points and dropped to second. Besides, Kohli in the Day-Night Test against Bangladesh scored a double century. Steve Smith, who was suspended after the allegations of ball fixing and returned against England to the Ashes series. While Smith struggled in Pak Test, David Warner and Marnus Labuschagne are better on ICC Test rankings. Warner has stepped up from 12th to 5th with a triple century. Also, At the beginning of this year, Lubushagne was at 110 and now is in the top 10 by the end of the year. Finally, Kohli is again top on 5 Dec 2019 current affairs. 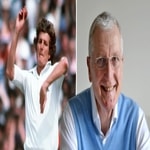 England cricketer and former fast bowler Robert George Dylan Willis died on 4th Dec. He took 325 wickets in 90 Tests and became one of the fastest bowlers in the world. In 64 ODIs he took 80 wickets. Bob Skipper, who took eight wickets for 43 runs, earned him fame in the second Ashes Test at Headingley in 1981. For 18 test matches and 28 ODI matches, he captained for the England team. Bob Willis born on 30 May 1949 Sunderland, County Durham, England. In 1978, He was a Wisden Cricketer of the Year. Wisden is a cricket book that was published every year. Nearly 40 to 50 years, He spent his life for England cricket. Thus, Bob Willis got fame on 5th December 2019 current affairs. 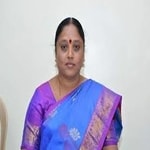 Kanchana has been elected as Maharashtra’s mayor of the Sholapur municipality. She is the first Telugu female in Maharashtra to hold the post of mayor. Sadasivapet’s Kanchana family moved to Sholapur and well settled in Maharashtra. Ramesh who is the Kanchana Husband serves as a marketing agent for towels. She won corporator post in the 2002 election. She then won the elections in 2007, 2012 and 2017 respectively. Kanchana setting up women’s savings associations, women’s economies helping the women. Besides, Rajesh Kaley, corporator of the BJP elected as deputy mayor. Finally, Yannam Kanchana as the first Telugu woman to become mayor in Maharashtra is on 5 December 2019 Current Affairs.