Visit and Follow Jobads to get the latest current affairs. 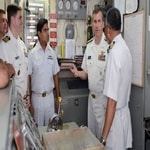 The second stage of the largest US-Bangladesh Navy exercise called ‘ Cooperation Afloat Readiness and Training (CARAT) – 2019 ‘ has been conducted in Chattogram. The second phase of the exercise will take place between 4 and 7 November. Bangladesh Military ‘ Inter-Services Public Relations (ISPR), Assistant Chief of Naval Staff operations and Bangladesh Navy Vice admiral M Makbul Hossain attended the inauguration ceremony as the chief guest. The main objective of the exercise is to provide an ability to gain a deeper understanding of the operations of two countries navies. Therefore, the US and Bangladesh with CARAT 2019 were on 5 November 2019 current affairs.

Nadal at No.1 Position: Day to Day Current Affairs of Nov 2019 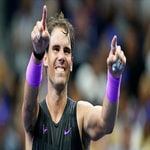 Spanish star Rafael Nadal has once again ranked number one in the Association of Tennis Professionals (ATP) rankings. He lost the top spot to Serbian star Djokovic on November 4 last year. He is again the world’s number one on the same date. In the ATP’s latest rankings, Nadal is in first place with 9,585 points. Djokovic is second with 8,945 points. There is a difference of 640 points between the two. Till now, Rafael “Rafa” Nadal Parera has won 19 Grand Slam singles titles, the second-highest in record 35 ATP Tour Masters 1000 titles, 20 ATP Tour 500 titles, and the 2008 Olympic gold in singles. Therefore, Nadal with the number one position was on 5 November 2019 current affairs. 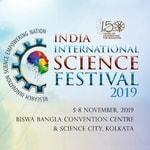 The 5th India International Science Festival (IISF) will be held in Kolkata. PM Narendra Modi will inaugurate the event through video conference on 5 Nov 2019. The 2019 theme of IISF is “RISEN India” which is abbreviated as Research, Innovation, and Science Empowering the Nation. IISF’s primary goal is to cultivate scientific intensity in people and also to highlight the success of India in the field of science and technology. The first IISF took place in December 2015 at IIT Delhi. Activities that tie science with histories, such as plays, readings dramatized and musical productions are performed in the event. India should develop Science and Technology in daily works. However, 5th IISF was on 5 November 2019 current affairs. 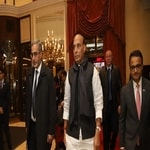 Minister of Defense Rajnath Singh attends the 19th Inter-governmental Commission on Military and Military-Technical Cooperation. This meeting was in Moscow between India and Russia. Besides, He inaugurates the India-Russia Defence Industry Cooperation Conference along with the Denis Manturov. Denis is the minister of industry and trade of Russia. After that Rajnath is prepared to hold talks with General Sergei Shoigu, Minister of Defense of the Russian Federation. The conference’s main purpose is to discuss ways of promoting Indian-Russian defense industrial cooperation. Besides, the transfer of technology and investment in the defense industry in India under the program ‘Make in India‘. Therefore, the Inter-Governmental Commission was on 5 November 2019 current affairs. 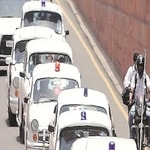 Nitish Kumar’s government set a total ban on government-owned vehicles in Bihar that was over 15 years of age. The old vehicles are creating more pollution in the state. So, the Government has taken this decision to control pollution. Besides, Principal Secretary, Environment and Forestry Deepak Kumar says the ban on vehicles over the age of 15 was also applies to commercial vehicles for the metropolitan area of Patna. Before Diwali, pollution levels were under control. Earlier, another fall in pollution levels has risen during the Chhath festival. Vehicle emissions are the main cause of air pollution accompanied by construction and waste burning practices. Therefore, Bihar’s New Act was on 5 November 2019 current affairs. 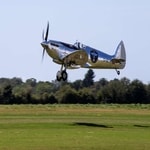 World War II Aircraft Silver Spitfire lands in Nagpur on 4 Nov 2019. On a world tour, this aircraft reached India. Defence Ministry says Silver Spitfire halt at 100 different locations up to now on the tour. The aircraft is expecting to cover approximately 27,000 miles across 29 countries. Steve Brook and Matt Jones are the two pilots welcomed by Group Captain SK Tiwari, Air Force Station Sonegaon. World War 2 aircraft has landed first in Indian Air space in Kolkata space station on 2nd Nov and next on 4th Nov at Nagpur. Boarding on the England company in August, the pilots are planning to fly through countries with Spitfire which flew during the Second World War. However, Silver Spitfire restored and on a world tour on 5 November 2019 current affairs. 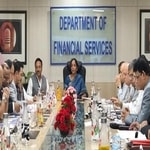 ICEDASH is an Indian Daily Customs clearance time monitoring of import cargo at various seaports and airports. Finance Minister Nirmala Sitharaman is introducing two new IT ICEDASH and ATITHI projects to boost customs monitoring. Besides, The ATITHI app can enable Customs at airports trouble-free and quicker authorization and improve the experience of international airport visitors. Sitharaman hoped that both of these programs will be key factors for further improvement to reduce interface and enhance customs functioning transparency. These apps are from the Central Board of Indirect Taxes and Customs (CBIC). India is planning to create a development in tourism with the two apps. Therefore, ICEDASH and ATITHI are on 5th November 2019 Current Affairs.