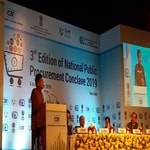 National Public Procurement Conclave 2019 conference was held in New Delhi. Piyush Goyal who is the Commerce and Industry Minister inaugurated this conclave and will hold for two days. NPP Conclave 2019 is the 3rd edition which was conducted by the Government e-Marketplace, and Confederation of Indian Industry. The gem is making improvements in the e-market which involves fairness and strengthen of market investors. Minister Piyush says that in future Gem will be the largest platform for government procurements. The main agenda of this conclave is to facilitate contract works through the GeM portal. Ministers and Investors are present at the meeting to support the GeM. Thus, the NPP conclave is on 6 December 2019 current affairs. 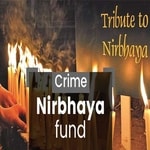 Ministry of Home Affairs (MHA) has sanctioned Rs 100 crores as a “Nirbhaya” Fund for setting up of Women Help Desks in Police Stations. Women Help Desks in police stations will be women-friendly and provide assistance if they required. Lady police officers are appointed in this help desks. Indian government passed women police should be sensitive towards women and support them with counseling. Under the scheme, women get shelter in case of any emergency or in any dangerous situation. In 2013, Nirbyaha Fund was started and the reason for implementing this scheme to safeguard women across India. Due to the lack of protection for women many rape incidents are going. Thus, MHA has funded 100 crores and was on December 6th,2019 current affairs. 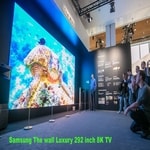 Samsung launched a series of the massive screen “The Wall” TV. This is the World’s largest TV comes with a screen of 292 inches. Besides, 146 inches, 219 inches TVs will launch under the second range category. The price of this Tv is Rs. 12 crores and 3.5 crores. Samsung India Vice President Business Department for Consumer Electronics Enterprise Puneet Sethi says that Samsung is planning for new inventions. By 2022, the company is planning to sell 200 units. Based on the monitor, the Wall series TVs are available in micro-LED, 6K and 8K formats. These TV’s are also having some features like automatic On and Off depending upon the visitor. Thus, The Wall Tv is on 6 December 2019 current affairs. 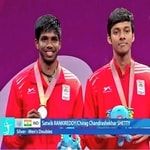 Satvik Sairaj and Chirag Shetty are nominated for the World Badminton Federation (BWF) annual awards in the category “Most Improved Player of the Year“. The Thailand Open World Tour Super-500 Tournament won by Satvik Sairaj from Andhra Pradesh and Chirag Shetty from Maharashtra and ended runner-up in the French Open World Tour Super-750 Tournament. Besides, Michelle Lee in Women’s Singles from Canada, Kim So Yong from Kang Hee Yong, Praveen Jordan and Melati Deva Octavianti selected for Most Improved Player of the Year. India’s Pramod Bhagat is in the award class of “Player of the Year“. At this year’s Para-Badminton Tournament, Pramod won 10 gold, 4 silver, and 2 bronze. Thus, Badminton players are on 6 December 2019 current affairs. 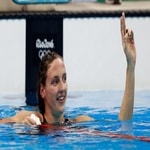 Hungarian swimmer Katinka Hosszu regarded as the Swimming Iron Lady and won the 90th medal. The 30-year-old Katinka won gold in European Short Course Championships in a 400-meter individual medley competition. In 15-years of career, this has increased the number of medals to 90. In that 60 are gold medals. Having won three Olympic gold medals, Katinka won 25 World Championship gold medals and 31 European Championship gold medals. Katinka is planning to go without a coach to the Tokyo 2020 Olympics. Besides, She became the four-time “FINA Swimmer of the Year“. In addition, She was the first race-prize dollar millionaire. Therefore, Iron Lady swimmer is on 6 December 2019 current affairs. 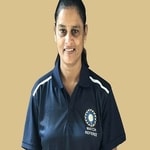 Gandikota Sarva Lakshmi, former Indian cricketer from Andhra Pradesh is to join the board of referees at the International Cricket Council (ICC). She would set a record as the first female match referee to International Men’s ODI. Lakshmi will be the referee for the United Arab Emirates (UAE) and the United States of America as the venue for the ICC Men’s Cricket World Cup League-2 Tournament. For the first time in the 2008–09 season, she was a referee for indigenous women’s cricket matches. Besides, She was also a referee for 20 games for the International Men’s T20. Gandikota Sarva Lakshmi was born23 May 1968 in Rajahmundry, Andhra Pradesh. She started a career as a batsman and after retirement as a coach. In 51 years, as a referee is on 6th Dec 2019 current affairs. 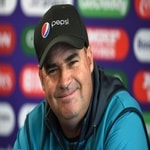 Mickey Arthur is appointed as a new head coach for the Srilanka cricket team. SriLankan team not performed well in international matches and in the World Cup this year. As a result, Mikey Arthur from South Africa appointed as the team’s head coach. Zimbabwean player Grant Flower named as batting coach, David Saker from Australia as bowling coach and Shane McDermott as fielding coach. Previously, Arthur works as a coach for teams from South Africa, Australia, and Pakistan. Besides, John Michael Arthur will replace the Rumesh Ratnayake. He retired from cricket in 2001 and started a career as a coach for the Griqualand West cricket team. Finally, Mickey as Head Coach is on 6th December 2019 current affairs. 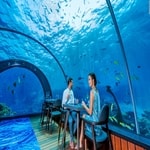 The first underwater hotel has been set up in Australia. The government of Queensland State has provided the state with $2.75 million in financial assistance as the hotel helps to educate the public about “climate change” by directly accessing the water animals. Besides, It installed in the sea, 39 miles from Earley Beach, over a thousand square feet. It involves a total of ten bedrooms. On Dec 1st, two bedrooms open to visitors. There is also an external room for beds such as tents on deck, apart from the underwater beds. Visitors feel happy underwater with the beauty of sharks, whales, and other aquatic animals. Thus, Tourist’s eyes are on this hotel on 6th Dec 2019 current affairs.