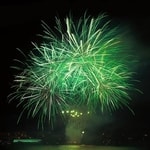 Indian Government has banned the use of loud and harmful crackers to reduce pollution. In place of harmful crackers, the government has released the green crackers which have low sound, less harmful and low intensity. Harsh Vardhan who is the Union minister of science and technology has introduced eco-friendly crackers. These crackers are avail for less cost in the markets on occasion of Diwali. Council of Scientific and Industrial Research (CSIR) scientists have developed the new formulas for the fireworks. Supreme Court has approved these crackers as eco-friendly and granted permission to sell these crackers on markets. 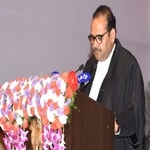 Justice Jitendrakumar Maheshwari has taken the responsibilities as first Chief Justice of Andhra Pradesh High Court. Governor Biswabhushan Harichandan has handed over the duties to the new CJ on 7th Oct 2019. Justice Maheshwari was born on 29th June 1961. Started his career as a lawyer on Nov 22, 1985. He started practicing in the Madhya Pradesh High Court and got involved in civil, and criminal cases. On Nov 25, 2005, he works as an Additional Judge of the Madhya Pradesh High Court. He became a permanent judge in the year 2008. Finally, Jitendra was the first and new CJ of AP High court. He will retire on June 28, 2023, as Ap High Court CJ. Therefore, Jitendrakumar Maheshwari was famous on the 7th Oct 2019 current affairs. 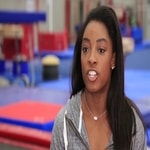 Five-time Olympic champion and 14-time world champion, American gymnastics sensation Simone Biles is once again impressed with the spectacular performance. Biles, who was a famous World Gymnastics Queen for 22 years has won many medals. She again performed a new event on the first day of the latest World Artistic Championships. Biles performed the Triple-Double Skill in the Floor Exercise which is known as ‘Byles 2’. Bile has invented the Triple-double in the floor event, Twist the body twice by flipping it back and forth to land in the air. Simone Biles, who recently shows these rare feats and wrote her name on 7 October 2019 current affairs.

Mallik at 9000 Runs in T20: Free Current Affairs of October 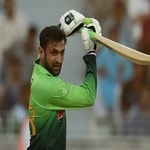 Pakistan all-rounder Shoaib Malik has achieved another rare feat. Malik, who is taking the captaincy for Guyana Amazon Warriors in the Caribbean Premier League (CPL). Shoaib Malik completed nine thousand runs in the T20s matches. He is the fourth batsman to achieve this record in world cricket. Chris Gayle with 13,051 runs is on the top list. Besides, McCullum with 9,922 runs is in the second position. Pollard scored 9,757 runs and occupies the third position. Finally, Malik was in the fourth position who scored above 9000 runs in T20’s. He got 9000 runs by playing 356 Twenty20 matches. Therefore, Shoaib Malik is crossing top order cricketer on 7th October 2019 Current affairs. 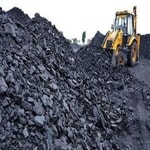 Indian Government has launched an online portal for tracking the coal supply to the power plants. The Prakash portal – ‘Power Rail Koyla Availability through Supply Harmony’ – will provide the data of coal transportation of all stakeholders. This site is well suitable for controlling coal theft and also to supply equate amount coal to power stations. As per the coal order, Indian Railways will arrange the rakes to transport coal. Power Secretary SC Garg says the Prakash portal will solve the problems of coal and it will help to change the stock of coal easily. Besides, Prakash Portal is developed by a combination of NTPC, Central Electricity Authority (CEA), Centre for Railway Information System (CRIS) and other coal companies. Finally, The Prakash portal was live on 7 October 2019 Current Affairs. 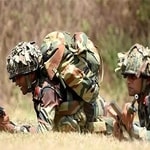 Indian Army is practicing the Him Vijay exercise on the Arunachal Pradesh mountains. Nearly 4000 soldiers is involving in this exercise. Thus, Him Vijay is the biggest ever mountain combat exercise in the Chinese Tibet ranges. Troop mobilization, mountain assault, and air assault are the main techniques that will be practiced by the Indian army. This exercise is the most dangerous event performed at the height of 14,000 feet and 100 km away from the Line of Actual Control. Therefore, Adventurous exercise was on current Affairs of 7th Oct 2019. 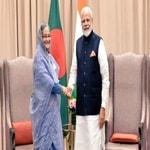 Indian Government has set up coastal surveillance system radar in Bangladesh to expand the connectivity of Delhi’s Indo-Pacific strategy with Dhaka. The two leaders also inaugurated three bilateral projects. One is the Import of Bulk LPG from Bangladesh. Secondly, Inauguration of Vivekananda Bhaban hostel at Ramakrishna Mission in Dhaka. Finally, Inauguration of Bangladesh-India Professional Skill Development Institute in Bangladesh. With these projects, India and Bangladesh will get full maritime security. PMs Narendra Modi and Sheikh Hasina signed on another few more projects to get the bilateral development of both countries. Thus, India Coastal Surveillance Radar System was famous on 7 Oct 2019 Current affairs. 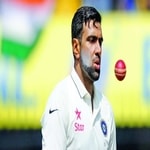 Indian right arm off break spinner Ravichandra Ashwin has taken the 350 wickets in the international test cricket. He equals the record of the Muttiah Muralitharan’s record. Ashwin is the fastest person to complete 350 wickets in 66 test matches only. Besides, Anil Kumble has taken the 350 wickets in 77 matches. He became the third Indian to win the ICC Cricketer of the Year award in 2016. In recent days, He became the all-rounder by scoring a century in the test. Therefore, Ashwin and Muralitharan with the equal record were on 7th October 2019 Current Affairs.