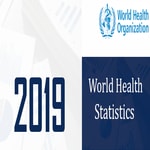 According to the World Health Organization, Females live longer than males. World Health Statistics Report 2019 analyzes the life span of people in different countries of the world in the health sector. The average age of women in the world is 74.2 years, and men are 69.8 years. Besides, women are still living at 4.4 years with loneliness, poverty and disease. Japan has the largest number of women in the world at 87.1 years and men 81.1 years. Besides, The decrease in men’s life expectancy was due to heart attacks, lung cancer, TB, road accidents. In low-income countries, the life expectancy is 62.7 years, while the official life expectancy of official countries is 80.8 years. Worldwide, 4.10 crore people died of diabetes, heart attacks, kidney and cancer in 2016. 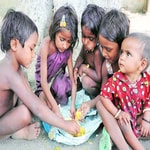 India is in the 102nd rank in the Global Hunger Index with a 30.3 score on a severity scale. GHI countries score will be on 100 Severity score. The country which scores zero is the best and who scores 100 is the worst. Besides, Nepal is at 73, Bangladesh at 88, Pakistan at 94. GHI will we calculate on four parameters, one is the undernourishment. Second is child stunting, Third is child wasting and fourth is child mortality. India has fallen from 100 to 102 from the previous years. The main problem facing India is child wasting. Therefore, India is falling to 102 ranks in GHI on 16 October 2019 current affairs. 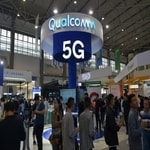 The first time in India Ericsson of Sweden demonstrated a 5G live video call in India Mobile Congress event. Nunjo Myrtillo who is the Ericsson Head of India says the first 5G video call is performed in partnership with Qualcomm. He explains the 5G services will be in millimeter-wave (MMW-28GHz and 38GHz spectrum bands). 5G phones will be key to the Internet of Things (IoT) and machine to machine communications from next year. Besides, Qualcomm India Vice President Rajan Wagadia Says that 5G technology mobiles will increase from next year. 5G services that are high-speed internet have not been launched in India yet. These services are already available in the US and South Korea. Therefore, Ericson and Qualcomm checks the 5G video call on 16th October 2019 current affairs. 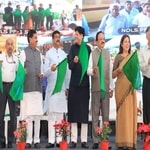 Piyush Goyal who is the union minister of railways has flagged off the Sewa Service trains in New Delhi railway station. Nearly 10 trains are running between other regions. The first Sewa train was starts between Delhi and Shimla. These trains will connect the small cities to bigger cities to reduce traffic. Tamilnadu is getting more benefits with 3 Sewa trains. Some trains will run for all the days and some will avail for 6 days. These are run by the Indian railways not by any public services. Therefore, Sewa Trains are on track on 16 October 2019 Current Affairs. 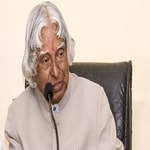 APJ Abdul Kalam who is the Missile man’s birth anniversary is celebrated on 15th October annually. He reached from very poor to the president level. He works as of 11th president of India from 2002 to 2007. Then, he is called as People’s president. Later, He researched aerospace in DRDO and ISRO for 40 years. Thus, He is the Missile man of India. All Indians has celebrated the 88th Birthday of kalam on 15th Oct 2019. United Nations has declared his birthday as World Students Day. In a student life, Kalam has faced many struggles and challenges. So, Students have to take kalam as a role model and overcome the challenges. 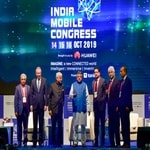 Reliance Jio, Samsung’s next generation of technology demonstrated 5G LTE models in India Mobile Congress. IMC is the biggest digital technology event in South Asia which was held in Delhi from 14th to 16th of October. In partnership with Samsung Network, Jio has built the world’s largest 4G LTE network. Besides, the two companies planned new business opportunities through the use of 5G NSA. 4G LTE combines 5G technology to provide customers with innovative services. Reliance Jio Infocomm President Matthew Oumen said that the mobile Internet and the endless availability of data have brought about extreme changes in the lives of consumers. Samsung Networks Business Head Paul Kungwo Chen said the top LTE networks were essential in the process of switching to 5G. Thus, 5G demonstrated on 16 October 2019 current affairs. 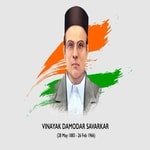 Hindutva ideologue and freedom fighter Vinayak Damodar VeeraSavarkar will be awarded the nation’s highest civilian honor, Bharat Ratna, if BJP returns to power in Maharashtra. Savarkar has a secret society called the Abhinav Bharat Society. He published ‘The Indian War of Independence‘ book to create awareness among people. In the BJP manifesto, They would recommend the Center for Bharat Ratna to Savitribhai Phule, along with Savarkar. Besides, the Kamaladalam BJP pledged to provide crores of jobs in Maharashtra over the next five years. Maharashtra has promised to set up 11 water dams in Maharashtra to make the state drought-free. Therefore, Savarkar was on 16 October 2019 Current Affairs. 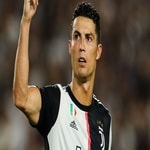 Cristiano Ronaldo from Portugal has completed 700 goals in his career. He is the sixth player to achieve 700 goals in his career. Ronaldo is a 34-year-old who began his senior career at the Sporting Lisbon Club in 2002, currently represents the Italian Juventus club in the professional leagues. Ronaldo has been a member of the Portuguese national team since 2003 and scored 95 goals for his country. All the other goals scored in the professional leagues. Besides, The Joseph Boykin from Austria-805 goals, Romero From Brazil-772 goals, Pele from Brazil-767 goals, Puskas from Hungary-746 goals, Gerd Moller from Germany-735 goals. Finally, Ronaldo is the 6th person with 700 goals on 16 Oct 2019 current affairs.