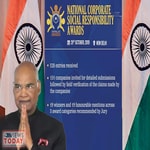 President Ram Nath Kovind presented Corporate companies with the first National Corporate Social Responsibility Awards for their excellent Corporate Social Responsibility (CSR) participation. Ministry of Corporate Affairs launches the National CSR Awards on the 150th anniversary of Gandhiji’s birth. These awards will be awarded on 2 October each year. Besides, India has steadily improved its ranking in the ability to do business through government industries. The government needs to calibrate the CSR system to make it stronger. This event has taken in New Delhi. Kovind said that some famous business families such as Tata, Birla and many others connected with freedom struggle for their social responsibilities. Therefore, CSR Awards was on 29 October 2019 Current Affairs. 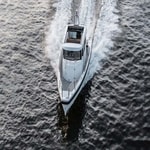 The Kochi city is expected to be the first in the country to get a Water Metro system in a new development for Kerala State and Kochi. India’s central government has granted the necessary industrial clearance for the major infrastructure and interconnection project. On 15 identified routes, the Water Metro will provide easier access to the scenic islands around Kochi’s mainland town. Besides, It links 10 island communities over 78.2 kilometers of channel length with 38 ports and two boatyards on the way up. Kochi Metro Rail Ltd (KMRL), a joint venture between the Government of India and the Government of Kerala, is to develop the project. Therefore, First Water Metro is on 29 October 2019 Current Affairs. 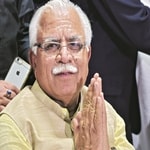 Manohar Lal Khattar was sworn in as the new chief minister of Harayana under the leadership of state governor Satyadev Narayan Arya. He is Haryana’s 10th chief minister. Khattar was born in Baniyani village, Kalanaur Tehsil, in Rohtak district, Haryana, in 1954. Khattar joined Rashtriya Swayamsevak Sangh (RSS) in 1977. He was the General Secretary of the BJP in Haryana during 2000–2014. New Deputy Chief Minister is Dushyant Chautala. For a second term, Khattar elected as CM. Beside, Dushyant was the first deputy chief minister. Ajay Chautala, the father of Dushyant Chautala and Dushyant’s mother Naina Chautala, who won the election as an MLA is present in this meeting. Finally, Khattar as a new CM of Harayana.

Indians are having Smaller Brains: Latest Current Affairs Of October 2019 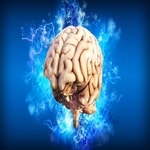 For the first time, IIIT scientists at Hyderabad are planning the Indian Brain Atlas. The research shows that the American Western brains and the East men, including Japan, are shorter and wider. Similarly, weight is poor. Researchers said this study could help detect Alzheimer’s and other diseases of epilepsy. The research has been publishing in the Neurology Journal of India. The brain template was prepared at the Montreal Neurological Institute (MNI). That’s the average brain structure for most people in the world. Research has shown that Indians ‘ brains are slightly closer to China’s and Korea’s brains than those of Western Asian countries. Therefore, Indian Brains are on 29 October 2019 current affairs. 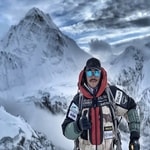 A mountaineer from Nepal has claimed to have broken the record to top the 14 highest peaks in the world. He reached 14 peaks, over 8,000 meters in total, which is 26,250 feet in seven months. Nirmal Purja was born in the Nepalese Myagdi district near Dhaulagiri. He was the former soldiers of the Gurkha and Special Boat Service in the Royal Navy division of the UK. For his outstanding work in high-altitude mountaineering, he appointed by the Queen as a Member of the Order of the British Empire (MBE). Besides, Seven years, 11 months and 14 days were the previous records. Therefore, Purja with the new record was on 29 October 2019 current affairs. 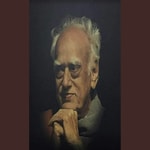 Famous Journalist Raghavachari has died on 28th Oct 2019 due to illness. He is the editor of Visalaandhra paper from the 1970s. Visalaandhra is a Telugu daily newspaper published in Vijayawada on June 22, 1952, 63 years ago. Raghavachari trusted in and represented in his writings, valuation-based journalism. Raghavachari started his career in the All India Students Federation of CPI as a student union leader and served as AP state president. Visalaandhra is a two-word combination of Visala and Andhra. Visala means vast or huge. Andhra means the Andhra region. The aim of bringing these papers for the Telugu peoples to have a single state. Therefore, Editor Raghavachari with his contribution to Visalaandhra was on 29th October 2019 current affairs. 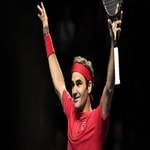 Swiss tennis legend Roger Federer won the Swiss Indoor Open for the 10th consecutive year. With the newest win, Federer’s career singles titles have reached 103. Federer is six more titles away from equaling the record set by Jimmy Connors who had US-109 titles. Federer, who reached the final for the 15th time in the tournament, faced no resistance from his opponents in the final battle. The winner, Federer received 500 ranking points along with a prize money of Rs 3 crore 37 lakhs. Before, Federer was the champion of the 2006, 2007, 2008, 2010, 2011, 2014, 2015, 2017 and 2018 tournaments. Therefore, Federer is on 29 Oct 2019 Current Affairs. 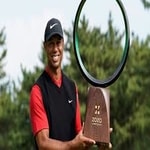 Golf giant Tiger Woods has begun on an added impressive career. He was the winner of the latest ZoZo championship. With this win, Tiger Woods reached the number of US PGA Tour titles at 82. Woods holds the record for most titles under the name of Sam Snead. The star won 15 major titles in his career and won his first tour title more than 20 years ago. Tiger Woods has also climbed to number 6 in the world rankings with the latest victory. Besides, He has been continuing PGA Player of the Year 11 times. Therefore, Tiger Woods is on 29th Oct 2019 current affairs.