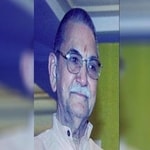 Former Union minister and BJP leader Ishwar Dayal Swamy have passed away on 15th Dec 2019. Swamy is suffering from heart disease from the last two years and admitted to the hospital and finally, at the age of 90, he died. Besides, His wife also died in the last week. Swamy served as Union Minister in 1999 under former Prime Minister Atal Bihari Vajpayee‘s government. He played a very prominent role in the BJP party development and also worked hard for the Karnal constituency. Prime minister and Mp’s of Bjp pay tribute to the Id Swamy. Dayal Swamy became famous by defeating the Bhajan Lal who is the former chief minister. Besides, he is the first person to defeat the Bhajan Lal. Thus, Id Swamy is on 16th Dec 2019 Current Affairs. 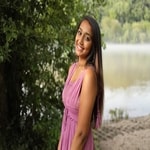 Ria Uppalapati selected for the “Atlanta Innovators” Talent Award. Ria is a senior grade student at Walton High School, runs her own “Forever Earth” charity in Atlanta City. Through this organization, people are contributing to sustainable life by raising awareness of the environment locally and globally and reducing waste. She wrote a book “In my Backyard – A Personal Story of the stating Effects of Petroleum on Our Environment and Economy” recently released in Atlanta. The book discusses the problems faced by the petroleum and oil industries. Besides, Forever earth organization is paying some tuition fees for some students in Atlanta. Thus, Ria with the innovator’s award is on 16 December 2019 current affairs. 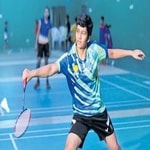 Tasnim Mir won the Under-15 Girls Singles category at the Asian Junior Badminton Championships. Tasnim who is the 13-year-old from Gujarat joined the Pullela Gopichand Badminton Academy and took the training. Recently, She won gold in the Under-17 singles category at the Khelo India Games this year. Besides, She won the under-15 doubles title with Telangana girl Meghana Reddy at the Asian Junior Championships last year. This year Tasnim became the Junior champ of Asia in Indonesia. Thus, Tasnim is on 16 December 2019 Current Affairs. 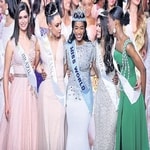 Tony-Ann Singh from Jamaica has been crowned as the Miss World 2019. France’s Ofli Mezzino became the first runner-up and India’s Suman Rao was the second runner-up. The 69th Miss World – 2019 is held in London nearly 120 contestants from 120 countries participated. After the semifinals,10 contestants selected for the finals. The veteran commentator Pierce Morgan, posed several questions for the finalists. India’s runner-up Suman Rao said she would fight for gender equality. Tony-Ann made history as the fourth woman to win the Miss World from Jamaica. The Government of Jamacia is offering a huge amount of prize money to Tony-Ann Singh. Thus, Miss world is on 16th December 2019 current affairs.