Follow Jobads to get the Important Current Affairs Of December 2019. 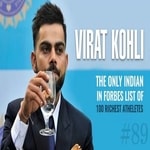 Kohli became the topper of Forbes India rankings 2019. Kohli with a total Rs. 252.72 crore had placed on Forbes India. Besides, Bollywood star Akshay Kumar is second with 293.25 crores. The Forbes list rankings are not only measured by income but also by adding some factors. In addition to revenue, ranking is based on the craze in the media, and the number of followers on social sites. Finally, Kohli has been named to Forbes Magazine’s latest list of wealthy celebrities. Also, 21 players had a place in Forbes apart from cricketers, badminton stars Sindhu, Saina, Sunil Chhetri from football, Marykom from boxing, Bajrang from wrestling, Anirban from golf and Bopanna from tennis are also on the Forbes list. 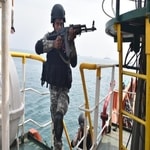 Indian Navy and Cochin Port Trust Coast Gaurd soldiers participated in the Apharan Exercise 2019 at Kochi port. This is the largest ever anti-hijacking exercise which includes multiple forces with the 12 ships and 12 helicopters. In addition, This exercise aims to get more preparedness about the hijacking of a merchant’s vessel. Many terrorist activities are going in the Kochi port and blasting the ships of India. Apharan will safeguard the properties of the stakeholders while in naval transport. Mainly, This will help to restore from the hijacking of merchant ships. In 2008, Terrorists attacked Mumbai by coming through the Kochi port only. Thus, Kochi continuously exercising some drills to update their skills to secure the Naval borders. 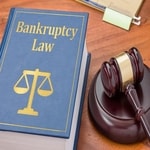 Finance Minister Nirmala Sitharaman introduced the Insolvency and Bankruptcy Code (Second Amendment) Bill, 2019 in Loksabha. Insolvency means where the persons are not able to repay the debt taken from the government officials. Insolvency is creating the downfall of India’s economy. So, the IBC bill passed to attract the buyers of the debtor assets. Besides, The IBC will help some insolvency resolution companies like Bhushan Power, and Rotomac Global. In this bill, Financial entities and real state projects will be recovered and kept for auction. A group of people can join to buy the properties and get registered on their own name. Besides, This bill allows the continuation of licenses and registration of companies. Finally, IBC many changes on behalf of Insolvency. 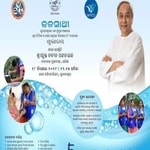 Odisha Government launched a JalSathi 2019 to supply safe drinking water to their state people. Mr.Naveen Patnaik launched the Jalasathi program on 18th December 2019. The aim of this mission is not only to provide safe water but also to involve the women in helping each other with water distribution. Besides, This mission will help to promote the economic empowerment to women volunteers. With the help of women volunteers, the Government is planning safe drinking water through a piped system. Jalsathi started with the pilot basis target which includes Transparency, Time, Teamwork, Technology, and Transformation. Finally, With 5T’s Odisha is on water mission Jalshati 2019. 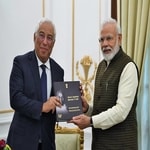 Portugal is launching the Gandhi Citizenship education prize for Mahatma Gandhi’s ideals. The award is awarded to the who is inspired by Gandhiji’s thoughts and quotes. Antonio Costa who is the prime minister of Portugal given the awards to the Gandhi followers. Every year this award will contribute first to animal welfare because Gandhiji says that the greatness of the nation improves by treating animals as a human. Besides, Indian Defense minister Rajnath Singh present on the session and spoke few words about Gandhiji Non-violence and other movements. The prizes are given on Commemoration of the 150th Birth anniversary of Mahatma Gandhi. 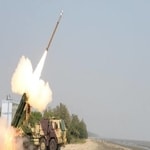 Defense Research and Development Organisation (DRDO) tested the Pinaka Missile on 19th December at the Chandipur test range. The mission was success and missile hit a target within the 75 Kms. The status of the missile observed by the Telemetry, Radars, Electro-optical targeting system. Armament Research & Development Establishment, Proof & Experimental Establishment and some other DRDO Laboratories developed the Pinaka missile. This is the fourth trial of the Pinaka missile and increasing the target range in every trail. Besides, Pinaka equipped with the advanced control navigation system. The Navigation system designed by the Indian Regional Navigation Satellite System (IRNSS). Finally, India is increasing the security powers by testing the different missiles. 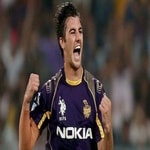 Australia bowler Pat Cummins is the most valuable player in the auction for the Indian Premier League (IPL) 2020. Kolkata Knight Riders own Cummins Rs.15 crore 50 lakhs. This is the highest amount of money auctioned for a foreign player in the history of IPL. Besides, The England all-rounder Ben Stokes is worth Rs 14 crore. The auction started at a minimum price of 2 crores. From this point onwards, the Delhi and Bangalore Royal Challengers (RCB) teams competed for him and increased the amount. England’s first-ever One-day World Cup-winning cheerleader Ian Morgan worth Rs. 5.25 crores won by Knight Riders. Maxwell, who previously shined in Kings XI Punjab is offering the same franchise for Rs. 10.75 crores. Finally, Cummins is a worthful player. 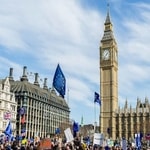 The UK government is planning to launch a visa for eligible doctors and nurses around the world. The National Health Services visa guarantee introduces by Prime Minister Johnson. The decision comes in the shortage of experts in government-funded National Health Services (NHS). Besides, Eligible doctors, nurses and other medical professionals can get the NHS visa within a short period of time. India and all other countries included in this Visa permissions. Johnson who is the prime minister of the UK took the decision to provide good health to their people and also people coming from other countries. With the general visa, specialist doctors getting wait for a long time and with a special visa, they can migrate quickly. 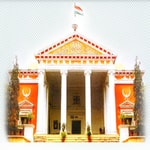 Retired Judge of the Telangana state High Court, Justice Chintapanti Venkata Ramulu has been appointed as the Lokayukta. Besides, Gunda Chandraiah became the new Chairman of the State Human Rights Commission (HRC). Telangana chief minister KCR made a discussion with the Lokayukta, HRC committees and appointed the new members. Lokayukta term period is 5 years and the HRC chairman tenure is 3 years. In addition, Volomineni Niranjan Rao appointed as the vice Lokayuktha of Telangana. All three persons are the retired judges of the high courts and had more experience in dealing the government problems. Thus, Telangana with new appointees is on 20 December 2019 current affairs.