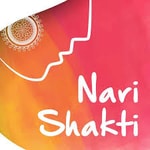 According to the yearly Data on Police Organizations released in New Delhi, there was a lift in the number of women’s staff in state and county police forces in the country. The force of women’s police has risen by 20.95 percent. Union ministry is continuing to accelerate the total number of female staff in the State Police Forces to 2,00,000. According to the Bureau of Police Research and Development (BPRD) survey, the overall rate of female cops in the Indian police force is 8.73 percent. Besides, The country’s cyber police stations whose number has now risen from 84 to 120. Therefore, Nari Shakti was on 25th Oct 2019 current affairs.

Prime Minister Narendra Modi’s e-auctioning of memories drew to a close with Rs. 25 lakh’s highest bid for a PM painting with Mahatma Gandhi. From September 14, the Ministry of Culture organized the e-auction to sell a total of 2,772 gifted mementos to Prime Minister Narendra Modi. The e-auction earnings will be contributed to support the NamamiGange Mission. A painted prime minister’s photograph receiving blessings from his mother with a starting price of Rs. 1000, earned an Rs. 20 lakh offer. Besides, Swami Vivekanand’s 14 cm metallic statue earned a final price of Rs. 6 lakh. Therefore, Mementos E-Auction was famous on 25 October 2019 current affairs. 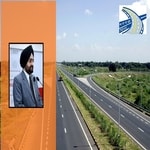 Superior IAS officer Arvind Singh has been nominated as chairperson of India’s Airport Authority and Sukhbir Singh Sandhu is chief of India’s National Highway Authority as part of the Centre’s main administrative reorganization. Arvind Singh currently works in his Maharashtra state as an Ias officer. He was appointed an additional secretary as AAI’s chief. Sandhu is an IAS officer of the Uttarakhand employee in 1988-batch. He currently serves as an additional secretary, higher education dept, human resource development ministry. Besides, IAS officer Amit Yadav, a joint secretary in the telecommunications sector, has been selected as Chief Executive Officer of the External Trade Directorate. Therefore, AAI and NHAI Chiefs are on 25 October 2019 current affairs. 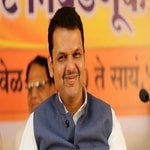 Chief Minister Devendra Fadnavis is the Maharashtra Assembly’s chief minister again. He became the first chief minister of Congress in Maharashtra to win a 2nd term. He is also the second Chief Minister of the state to hold the full term. Devendra Fadnavis was born in the Rashtriya Swayamsevak Sangh (RSS) family on July 22, 1970. In 1992 and 1997, he won the election of the Nagpur Municipal Corporation. Besides, He is Nagpur’s youngest mayor. In the elections to the assembly in 1999, 2014 and 2019, Nagpur won the Southwest seat. Relationships with the RSS helped his political development. Fadnavis, who took over as chief minister in 2014, remained in office for five years without any problems. Therefore, Fadnavis was on 25 October 2019 current affairs. 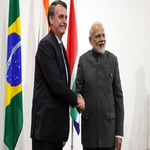 For developing countries like India, China, the US, Japan, Brazil has changed its immigration rules. Jair Bolsonaro, the Brazilian president, said that the South American nation would drop its provision to obtain visas for visiting Chinese and Indian tourists or businessmen. Bolsonaro took power earlier this year and made it a rule for a lot of developed nations to reduce visa requirements. Besides, He is the 38th president of Brazil. Besides, He is a retired military officer. From 1991 to 2019, he is working as Federal Deputy. Therefore, Jair with a remarkable visa cut decision was on 25 October 2019 Current Affairs. 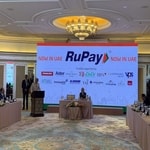 The Ministry of Foreign Affairs stated that during the visit of Prime Minister to the Saudi, India will launch the RuPay card to help the Indian pilgrims visiting Mecca Madina. Besides, Modi has a joint conference with King Salman Bin Abdulaziz Al Saud of Saudi Arabia in Riyadh on October 29. Modi will attend the third meeting of the Future Investment Initiative (FII) Forum at Saudi. The Rupay Card was introduced in 2012 by the National Payments Corporation of India. After the UAE and Bahrain, Saudi Arabia is the third country in the Gulf region to acquire the RuPay card facility. Therefore, Saudi with Indian Rupay card was on 25th October 2019 Current Affairs. 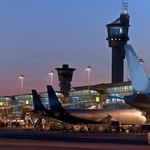 The Ministry of Civil Aviation has approved for the development of an International Standard Airport in the Mandi district of Himachal Pradesh with the assistance of the Indian Airport Authority. The deciding meeting took place under the leadership of Minister for Civil Aviation Hardeep Singh Puri. Besides, The Ministry also granted permission for the development of Shimla, Kangra and Kullu aerodromes. Chief Secretary Shrikant Baldi said that the Indian Airport Authority will soon be visiting Kullu-Manali airport to collect the data on its extension. Under UDAN-2, Civil Aviation Ministry got investment for the construction and transportation costs of 6 planned airports. Therefore, Mandi Airport is on 25th Oct 2019 Current Affairs. 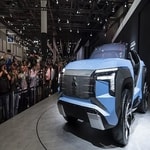 Mitsubishi car company executive officer Hiroshi Honishi today said there will be more radical changes for drivers who need to drive on their own (Driverless Cars). Driverless Cars will check the ‘How is the health of passengers traveling in a car? Do they bother with anything? Do you see signs of a heart attack? Hiroshi said that by 2030, cars with sensors that would keep track of those things and sensors alerting their doctors immediately about their health condition would be available. Mitsubishi, a Japan-based company carries the driverless car under the name of the Emirati. Besides, some sensors modify the driving mode to suit the passengers. Company hopes the technology would become a driverless vehicle to alert doctors if it developed further.