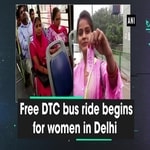 On the occasion of Bhai Dooj, the Delhi government launched a women’s free-ride system. Delhi CM Arvind Kejriwal said that this plan was launched in order to maintain sister-brother relationships. Bhai Dooj is a festival held by Hindus on the second lunar day of the Shalivahan Shaka calendar month of Kartika’s. In 2019, Bhai Dooj was on 29th Oct. This program offers a ride between Rs 5 and Rs 15 in a non-AC bus. while AC buses keep charging between Rs 10 and Rs 25. The project is going to cost Rs 350 crore from the Delhi government. Women traveling to other NCR cities like Noida, Ghaziabad, Gurugram, and Faridabad in DTC buses need not pay any fare. Therefore, Bhai Dooj was in today’s current affairs. 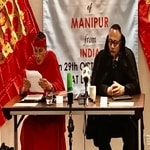 Two Manipur political activist leaders representing King Leishemba Sanajaoba announced the launch UK of the Manipur Government in Exile. Yamben Biren, Chief Minister of Manipur State Council and Narengbam Samarjit, Minister of External Affairs and Defense of Manipur State Council said they spoke on behalf of the “Maharaja of Manipur” to formally launch the government-in-exile. The four million people of Manipuri would like to be known as one of Precious Native Nations. The state of Manipur is a government formed in Manipur under the 1947 Constitution Act. On August 14, 1947, it was independent of the British empire. The two leaders said they would appeal to Queen Elizabeth II and would move the United Nations for recognition after receiving an order from the House of Lords. Therefore, Manipur Independence was on 30 October 2019 current affairs. 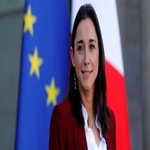 Brune Poirson, French Deputy Minister for Ecological and Inclusive Transition, visits India to preside the second International Solar Alliance Assembly. The International Solar Alliance gathers 80 countries and provides workable solutions that lower the cost of solar farms, especially in developing countries. This conference aims to plan for COP25 Climate Change and COP15 Biodiversity Conferences. The French minister is focusing to deepen the Indian-French renewable energy partnership and ways to improve the Global Solar Alliance with countries. Besides, To follow up on climate commitments, She will consult Prakash Javadekar, Minister of Environment, Forest and Climate Change. However, Brune Poirson was on 30 October 2019 in current affairs.

Run for Unity in Lucknow: Free Current Affairs Of October 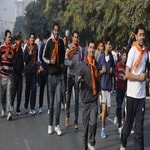 At the birth anniversary of Sardar Vallabhbhai Patel, Uttar Pradesh CM Yogi Adityanath will flag off the ‘ Run for Unity ‘ on Oct 31. The government of Yogi Adityanath has also issued guidelines to all district courts and chiefs of police to mark the day as a day of national integration. The event will be celebrated after the removal of Article 370, which was a dream of Sardar Patel, who wanted the unification of Jammu and Kashmir with India. Additional Chief Secretary Avanish Awasthi sent a message Sardar Vallabhbhai Patel’s image will be put up at all of the state’s police stations, police offices to inspire people from the message. Therefore, Run For Unity was on today’s current affairs. 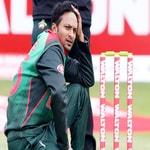 The International Cricket Council has put a two-year ban on all-rounder Shakib Al Hasan. The ICC stated that when some bookies got in touch with him for fixing, Shakib did not take action against the anti-corruption squad. Besides, The ICC has produced three different claims against the captain of Bangladesh. He penalized for acknowledging his mistake. ‘ If there is no compelling reason, anyone contacted for corruption should be informed immediately without delay. Shakib has violated this provision. Thus, Bangladesh’s world number one all-rounder Shakib Al Hasan banned for two years. Shakib is eligible to return to cricket from Oct 29, 2020. Therefore, Shakib with 2 years ban was on 30 October 2019 current affairs. 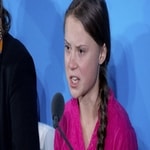 The prestigious award for her contribution to environmental protection was given to Swedish teenager Greta Thunberg. Greta has rewarded Rs 35 lakhs rupees with the Environment Award 2019 and 3 lakhs 50,000 Krona. However, She declines the prestigious award. she made it clear that she did not want the awards and that climate change awareness should praised by everyone. Greta, 16, who suffers from Asperger’s Syndrome, spoke at the United Nations Cap24 conference in Poland last December. She has launched a global climate change awareness campaign under the name of Fridays for the Future, which has intensified its worldwide movement. India’s Prime Minister Modi has also sent a powerful video message saying that there is a need to regulate the emissions. Therefore, Greta with Award Rejection was on 30 October 2019 current affairs. 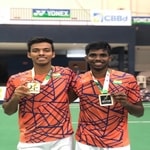 The pair of Satvik Sairaj and Chirag Shetty, who were runners-up in the French Open World Tour Super-750 Tournament have made their way to the world rankings. In the World Badminton Federation Rankings, the pair of Satvik-Chirag from is on 9th rank. They moved up two places from 11th to 9th rank. For the second time in a row, their career was ranks best. They two reached the 9th spot for the first time since winning the title at the Thailand Open in August. Then came at top-10 order list. After came out of the French Open and came back into the top-10. Therefore, Satvik and Chirag were on 30 October 2019 Current Affairs. 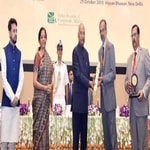 Power Grid Corporation of India Limited has been awarded the Corporate Social Responsibility (CSR) Excellence Award. President Ramnath Kovind attended the awards ceremony in Delhi. Power Grid Corporation of India Limited has got the award for its contribution to the creation of integrated water management systems in Andhra Pradesh and Karnataka with an investment of over Rs 100 crore under social responsibility. The Chairman of the company, MD Kandikuppa Srikanth received the award from Kovind. CSR awards are starts from the 150th Gandhiji’s birthday. From 2019, Every year CSR awards will be on 2nd Oct. However, Power Grid was on 30 October 2019 Current Affairs. 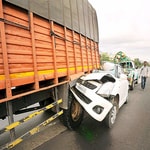 The Digital India Accident Prevention Kit was designed by a young man from Madurai to target hazards. This accident prevent kit made with Rs. 5000 only. There are tens of thousands of deaths in the country every year, according to government statistics. Ten thousand people have died and two thousand have gone into a coma. Pazil (23) from Madurai, focuses on Accident kit innovation. It will place in the vehicle, which can use to prevent hazards to the sensor and settings. If a vehicle crashes four meters from a moving vehicle, depending on the settings and sensor, the vehicle will be brake-free. “We can control the risks,”. Besides, His mother Sheeba has also prepared a voice control kit. In addition, He had invented a device that could smell the alcohol to test the drivers. 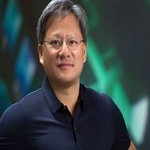 Chief Executive Officer of the Top 10 Companies in the World has been ranked as one of the world’s top three executives. Adobe CEO Shantanu Narayan ranks on 6th in this year’s Top 100 World CEOs by the prestigious Harvard Business Review (HBR). Master Card Chief Ajay Banga is at 7th rank. Microsoft CEO Satya Nadella ranks on 9th. DBS Bank’s Piyush Gupta has been ranks on 89th in the full list and has increased its total Indian count to four. NVIDIA CEO Jensen Huang is in the top position according to the HBR rankings. Therefore, the best performing CEO’s are on 30th October 2019 Current Affairs.