2 December 2019 Current Affairs: Job seekers should have a habit of reading daily current affairs. Everyone wants to settle in any govt job but it is not an easy task. Govt jobs which are releasing fewer vacancies but the unemployment rate is so high. However, competition hard work will get you a good job. Jobads is the site which is providing the complete job-related material like monthly current affairs, E-books, and SSC material. Job applicants cannot go for other sources to get free current affairs. Besides, candidates can take the day to day current affairs quiz. Thus, Check out the 2 December 2019 current affairs. 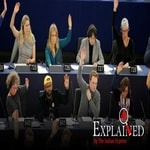 The Secretary-General of the United Nations, Antonio Guterres, said some attempts of the world to stop climate change have so far been completely ineffective, and there is serious global warming that could go beyond the point of no return. Mr. Guterres said he expected that the Madrid summit would see more optimistic promises made by policymakers before a deadline next year. At the conference, representatives from almost 200 countries will try to put the final touches on the rules governing the Paris Climate Agreement for 2015. Organizers expect approximately 29,000 visitors for today’s opening, including some 50 heads of state and government, as well as scientists, seasoned negotiators, and activists during the two-week meeting. Finally, the UN climate meeting was on 2 December current affairs. 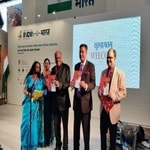 Sanjay Dhotre who is the Union Minister of Human Resource Development inaugurated the India Pavilion at International Book Fair in Mexico. India is the first Asian country to attend as “Guest of Honour” in the Fair. Besides, this was the biggest book fair in the world. The literary connection starts with the poet Nobel Laureate Octavio Paz between India and Mexico. National Book Trust is going to organize a World Book Fair in 2020 in New Delhi. Publishers, writers and many other important ministers attended the fair. Different books from all over the world will be avail in this fair. Finally, the International Book Fair is on 2 Dec 2019 current affairs. 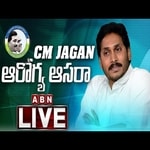 Chief Minister YS Jaganmohan Reddy introduced a scheme for needy patients in the healthcare system. This started in the General Hospital of Guntur, where patients undergoing surgery under the scheme of Arogya Sree. After the surgery, until the patient recovered, doctors can offer a maximum of Rs.225 per day or a maximum of Rs5000 per month. Mallikarjuna, CEO YSR Arogya Sree Trust says that this is the first India to offer patients this type of service. The government is assisting the patient after the surgery without the financial burden. This scheme has some advantages such as 26 specialty wards, 836 scientific surgeries, giving a total of Rs 225 a day, Rs 5,000 a month to take rest. Thus, YSR Asara is on 2/12/2019 current affairs. 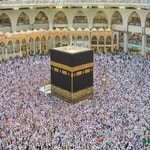 Hajj is a visit to Muslim holy place Mecca which is in Saudi Arabia. Every year crores of people visit Mecca to offer their vows. For this tour, visitors must get the visa and other permissions. Till now, All the process will go on manual process. This time, India has introduced the digitalization of the Haj process. Mukhtar Abbas Naqvi who is the Minority Affairs Minister of India made a bilateral agreement with the Haj minister of Saudi Mohammad Saleh bin Taher Benten. Online application, e-visa, Haj mobile app, health facility, accommodation, and other information is provided in the Haj portal. Soon, the Manual procedure will be no more and in future Digital Hajj procedure runs. Thus, India as the first country to start the Hajj portal on current affairs of 2 December 2019. 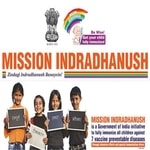 Intensified Mission Indradhanush (IMI) 2.0 is going to be launched by the Indian Government. This mission will provide the eight vaccines for some diseases which are preventable. Children and pregnant women severely affected by some diseases. So, This is a mission for children who are below 2 years and for pregnant women. People will get free medicines for Diphtheria, Hemophilus, Hepatitis, measles, tetanus, poliomyelitis, tuberculosis and whooping cough. Jai Pratap Singh who is the Health Minister of Uttar Pradesh says 5 lakh children and 1 lakh pregnant women got benefits from this mission. Uttarpradesh gets success in this mission and so extending it to them all over India. Thus, Indradhanush 2.0 is on 2 December 2019 current affairs. 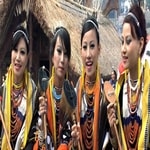