Visit Jobads to get the latest Current Affairs of October. 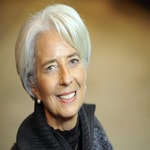 Christine Lagarde is the new chief of the European Central Bank. She is the former chief of the International Monetary Fund. Current Chief Mario Draghi will retire on Nov 1st, 2019. Between 2007 to 2011, she was Minister of Trade, Finance, and Industry and from 2005 to 2007 she was Minister of Commerce. Lagarde was the first female to become a G8 economy’s finance minister. She’s the first woman to run the IMF. Besides, The European Central Bank (ECB) is the euro’s central bank and controls the eurozone’s monetary policy. The ECB is Headquartered in Germany, Frankfurt. Therefore, Lagarde as ECB chief was on 20 October 2019 current affairs. 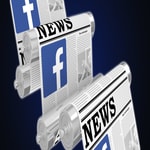 Facebook is officially bringing this news in a feed tab. The Wall Street Journal’s publisher is taking action from News Corp. According to Mark Zuckerberg, Co-Founder and Chief Executive of Facebook has made a deal with the Wall Street Journal. News Corp chief executive Robert Thompson said Facebook credits journalism with recognizing the value of journalism. News organizations have been seeing a decline in the number of users daily through popular social media such as Facebook and WhatsApp. This deal is the solution to both problems. News based on user interest will also appear in a separate feed tab. Thus, Facebook was on 20 Oct 2019 current affairs.