Gk & Current Affairs of 7th September 2019: Current Affairs, in the name itself say at present affairs. Everyone thinks that CA means news only. Many events like social, political, and sports are under the main topics in the Current affairs category. There is no end for humans for gaining knowledge. So, Get the knowledge by reading the latest current affairs on Jobads. The journalist will get the news from different places and share their thoughts with the people. All the news which are present in the Newspaper or Television is not important. But, some news is important which gains you some knowledge. So, Let’s get into the 7th September 2019 Current Affairs.

Daughter Of The Nation: Lata Mangeshkar 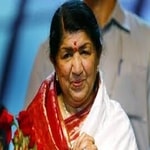 Indian Government is going to title the Singer Lata Mangeshkar as a Daughter of the Nation. As she is entering into the 90th year on this 28th Sep 2019, the Modi government decided to make her happy with this title. She has given sweet voice to the film music industry and shaken the world with her songs. She awarded many awards like Padma Bushan, Bharat Ratna and life Achievement Award. She sang songs in 36 languages. She has recorded so many songs i.e. more than 1000 movies in Hindi. Great Lata has contributed India with her voice and became the Daughter of the Nation. 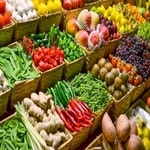 Harsimrat Kaur Badal, who is the union minister for food processing has started the First Mega Food Park. This is the first mega-park in India, which is located in the Nizamabad district. The total investment for this park was 250 crores and expected to get the 14000 crores. This park can produce work for the 50000 unemployed youth. Mega food parks will be started in many regions of India to develop the food processing industry. With these parks, wastage of the food will be decreased and the income of the farmers will be increased. This is one of the hidden news on 7th September 2019 Current Affairs. 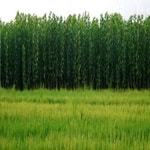 Harpur Bochaha village in Bihar has got National Green Panchayat Award. Prem Shankar Singh is the person who initiated this green cover in the village. Indian Government has given a Panchayat empowerment Award to support the village head and the people. Totally 17000 trees are laid in the village and more ponds are available for water. All the wasteland in this village is converted into green land by planting trees. With these trees, they are making revenue and doing farming, cultivation in the wasteland. Everywhere Green in the village. So, National Green Award was awarded for the Harpur Bochaha village in the year 2019. 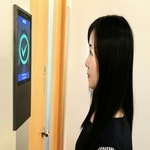 Gujarat Government has launched a Biometric Attendance for students and teachers at 40000 schools. To find out the Absentiees easily this will helpful. This system will recognize the face and give attendance. The chief minister of Gujarat, Vijay Rupani said that: Incoming days face recognition attendance will be arranged for all government offices. The state education department is planning to provide PC tablets and Biometric machines to all schools and colleges. This is a good change in the education department of Gujarat. Education Secretary Vinod Rao said that all the reports, salaries, exam schedules are avail at the online portal. If this plan is a success then it will be implemented in all the places of India. 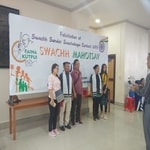 Swachh Mahotsav was held on 6th Sep 2019 at Vigyan Bhavan in Delhi. Union ministry of Jal Shakthi conducted this Award distributing event. Honorable President Ramnath Kovind has presented the awards to the various ministries, who fully supported the Swach Bharat. Swachh Bharat Mission’s Book was released by the Union Minister of Jal Shakti Gajendra Singh Shekhawat. In this event, the Ministry of Railways has got the Best Swachhta Action Plan Award. Department of Defence received the Swachhta Pakhwada award. Many categories got awards, these are the most important awards in present Current Affairs. 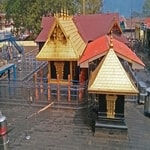 Due to many disputes arisen against the Sabarimala temple, the Supreme court has passed a special law to the Kerala Government. Prakash, who is the standing counselor of Kerala had said that all the temples in Kerala will be under the legislation of Travancore Devasthanam Board. Totally 150 temples along with Sabarimala temple will be administrated by this board. So, Special law should be followed by all the temples in Kerala. Prakash clearly said that the board will not enter into the issue of women worshippers. This administration will provide all the services correctly without interruption. No one will have authority on the temple except government. 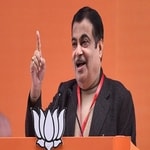 National workshop on micro small and medium enterprises is conducted at New Delhi. The union minister Nitin Gadkari is the chief person to address the workshop. The main purpose of this workshop is to initiate New MSME technologies. Shri Nitin said that the Ministry of MSME is introducing Bharat craft online portal. This portal is for promoting their products on online. MSME workers are facing problems with management i.e. from few months there is no salary for employees. Union minister promised the employees as soon as possible, MSME will pay you salaries. In this workshop, Nitin again launched the CLCS Scheme. Credit linked Capital Subsidy scheme will help to upgrade the technology by adding a 15% investment up to 1 crore. This will be one of the important current affairs in September. 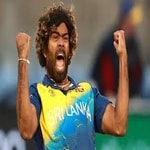 Lasith Malinga had taken 4 wickets in 4 balls against New Zealand in the T20 International match. This is the 2nd time in the T20’s, who has taken hat-trick wickets. Malinga is the only person, who had made 5 hattricks in the international cricket matches. In one day’s 3 Hattricks and 2 Hattricks in T20’s. This is the world record in the history of cricket. He is the first person, who had taken 100 wickets in the International T20 matches. Before Malinga, Rashid Khan from Afghanistan had taken 4 wickets in 4balls, he is the 1st bowler who had made hat-trick in T20 matches. This is a world record of Malinga on 7th September 2019 Current Affairs.