Latest Current Affairs of the Day – 4th September 2019: Are you preparing for the Bank Exams, SSC, RRB, and for any Competitive exams? Current affairs are one of the major subjects for these exams and also more weight age will be given for this section. Present days, Getting daily current affairs from the newspapers is a difficult task. Everything in the newspapers will not be helpful for your examination. So, JobAds is providing the Day to day Current Affairs by referring all the news channels and presenting the important points. Check out the 04th September 2019 Current Affairs below, which will appear in most of the exams. Follow us to get the latest updates.

Sunil Arora Has Taken Charge for the Chairperson of A-WEB

The former chief election commissioner Sunil Arora is appointed as a Chairman of the Association of World Election Bodies. He will continue in this position for two years. AWEB is a platform to practice the best election conducting practices all around the world. AWEB was established in the year 2013 and practicing election methods from the India International Institute of Democracy and election management institution. It is the largest Global commission with 120 election management bodies from nearly 1oo countries. Sunil Arora is the 23rd Chief Election Commissioner of India. He is charged to spread the electoral democracy to all people with the help of AWEB Bodies. This was the update From ECI for 4th September 2019 Current Affairs 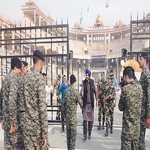 India and Pakistan have agreed to provide Free Visa Travel to the Indian pilgrims. Indians are paying a service charge to Pakistan for visiting the Gurudwara Kartarpur Sahib, which was located in Pakistan. Ministry of Foreign Affairs of India has decided to conduct a meeting for discussing the paying service charge to Pakistan. Two Countries have come to one decision and declared the Free Visa Travel from India to Pakistan for Pilgrims without any restrictions. Daily 5000 pilgrims can visit the Kartarpur Sahib Corridor and offer their vows to god. Finally, the two countries agreed for constructing a bridge across the Budhi Ravi channel. To continue the transport of Pilgrims in the further days, Budhi Ravi Bridge will be helpful. 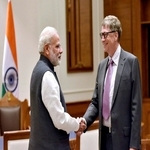 Indian Prime minister Sri Narendra Modi is selected for the Global Goal Keeper Award. This award was given by the Bill and Melinda Gates Foundation. The ward was given for successfully implementing the Swach Bharat Mission. This movement was moved all over India and reached the goals of the mission. So, Gates foundation has decided to congratulate “The Great Narendra Modi” on his success in Swach Bharath. So, The Global Goalkeeper Award was announced on 3rd Sep 2019 for the prime minister and asking him to extend this movement all over the world. This is a proud matter on 4th September 2019 current affairs in India for winning the award.

Top Current Affairs on 4th Sep 2019: Amazon India Banned the Use of the Plastic 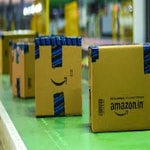 Amazon will use the plastic cover for the packing their products. After the order from the Indian Prime minister, Not to use the Plastic covers to protect our earth. Amazon India committed to the PM decision and stop using the Plastic packing by June 2020. This is the only MNC company initiated the ban of the plastic cover packing. Instead of plastic, Amazon India will introduce Bubble wraps and Cushion papers for packing their products. This was a good idea for implementing the cushion papers and bring them into the market within a few months. Amazon already introduced the environment-friendly and recyclable packing in the other country regions. It is taking back the plastic bags from the customers and reproduce them with eco-friendly material. This decision was made by the Akhil Saxena, Who is the Vice President of Amazon India on 4th Sep 2019. 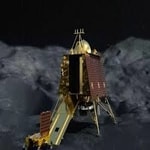 ISRO has updated the status of the Chandrayaan 2. The objective of the mission Chandrayaan is to understand the evolution of the moon and to develop the capability of the lunar mission i.e Soft landing on the lunar surface. India positioned in the fourth position for a soft landing on the moon by launching the Chandrayaan 2. The lander Vikram successfully has to orbit the moon. The second de-orbiting has done on the 3rd of September 2019. India’s second journey will completely explore the south polar region which is an unexplored section of the moon. This is another record for the ISRO for safe landing the orbit and the lander on the moon.

Serena Williams has reached 100th Win in the US Open on 4th September 2019. 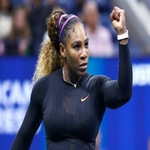 Serena Williams has won the 100th win at the US Open on 3rd September 2019. She joined with Chris evert who has 100 victories at a tennis tournament. This 100th win was against the china player Qiang Wang. She fires quarter-finals with her skill and runs into the semifinals. Williams said that see got irritation by seeing the result from two decades. In the 37th year, William has crossed the 25 winners who scored the 100 wins. The opponent wang did not face the Williams before this tournament. Finally, wang said that Serena is working hard and implementing the technics in the court. No doubt she will be the winner of the US Open 2019.

India and Japan has decided to conduct international meeting towards the peace and prosperity of Indio-pacific region. Defence minister of India Minister Rajnath Singh and Takeshi Iwaya, who is the defence minister of japan was discussed on the maintaining the relation between the India and japan on the defence ministry. Two countries has introduced a Maritime Domain Awareness program for implementing and maintaining the cooperation between the two Navies. The main aim of this summit is to create peace in and around the two countries and also for the protection of korean peninsula sea. Finally, Japanese Maritime Self Defence ministry and Indian Navy made an agreement for participating effectively in Country Defence exercises. 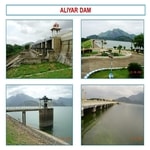 Parambikulam project is the major problem between the two states i.e Kerala and Tamilnadu. The chief ministers of these states are decided to take a proper decision in spite of creating disputes. Parambikulam Aliyar project will provide a surplus amount of water to the neighbouring states, for this region two states are fighting to own this project. This project proposal meeting has held first in November 2004 between the chief minister Oommen Chandy and the Jayalalitha. After that several discussions are made on this project but the issue was not solved. This year Edappadi K. Palaniswami and Pinarayi Vijayan chief ministers of Tamilnadu and Kerala are meeting to resolve the issue.

PDIL Engineer Recruitment 2022: Good News for job hunters. Projects & Development India Limited (PDIL) has newly released a job advertisement for the recruitment of Diploma Engineer & Degree Engineer Posts on a contract basis. Eligible and interested candidates may apply for PDIL Engineer Jobs through online mode. There are 132 vacancies are available under PDIL Notification. Applicants who are

SAIL Trainee Recruitment 2022: Steel Authority of India Limited is going to conduct the walk-in Interview for the selection of trainees for a training program in Ispat general hospital, Rourkela, to improve employability skills. Interested candidates may attend the walk-in interview on mentioned dates. Under SAIL Rourkela Recruitment 2022, a total number of 200 vacancies are available. Job aspirants who are