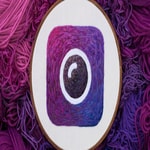 Facebook has launched the new app Threads to compete with Snapchat, a leading social media giant. This is a special camera-first messaging app “Threads” for photo-sharing platforms like Instagram. Through threads, users can upload status, share location and battery status on Instagram with their friends. Facebook is focusing on Instagram, which is generating its fastest-growing revenue. Facebook has promised that the app is secure in the face of a controversy that is creating a Facebook data leak. Also, you can restrict who can see or not in their post with the Close Friends feature. It has a special inbox and notifications. Therefore, Facebook introduces the Threads App on 4th October 2019 Current affairs. 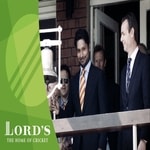 The former Srilanka captain Kumar Sangakkara took over as the first non-British President of the Marylebone Cricket Club (MCC) on Tuesday. Anthony Wreford has accepted the nomination at MCC Annual General Meeting at Lord’s in May. The 41-year-old Sangakkara, who scored 12,400 runs in 134 Tests, has a fabulous association with MCC. He gave a powerful and memorable MCC Spirit of Cricket Cowdrey Lecture in 2011. In 2012, he got the Honorary Life Membership Award of the Club. Outgoing MCC President Wreford said: “There is no better person than Kumar Sangakkara to proceed on the role of MCC President. Therefore, New MCC President was on Current affairs of 4th October 2019. 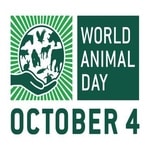 World animal day was celebrated on the 4th October. It is an international day for animal rights and welfare. Many celebrate this to protect the animals from the endangered species. Cynologist Heinrich Zimmermann was the first person to observe the world animal day. First World Animal Day was on 24 March 1925. Some organizations are preparing laws and welfare methods to raise the range of animals. In most of the countries, people use animals to perform their work. Some countries restrict animals in working places. In the Netherlands, This day is also known as Mother day. Therefore, some politicians and celebrities make tweets with their animals on 4th October 2019 Current Affairs. 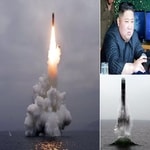 North Korea test-fired a “new-type” of a submarine-launched ballistic missile on Wednesday. It noted that the ballistic missile, which was able to make a nuclear weapon, was North Korea’s 11th test this year. According to a report of the Korea Central News Agency (KCNA), the missile launched from near Wonsan, which is a city in Kangwon Province on North Korea’s east coast. KCNA said that the study of the Pukguksong-3 missile in the water off its east coast done successfully. KCNA has released the new-type ballistic missile fired in vertical mode photos to the people. On the other hand, Japan protested, saying the missile arrived inside its exclusive economic zone for the first time since November 2017. Finally, Ballistic missile was successful on 4th October 2019 current affairs. 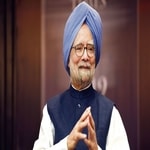 Former Prime Minister Dr. Manmohan Singh will visit Pakistan on Nov 9 for the inauguration of Kartarpur Corridor. Manmohan accepted the invitation of Punjab CM Amarinder Singh to participate in the first batch of pilgrims visiting Gurdwara in Kartarpur. Amarinder Singh, Manmohan, and his media advisor Raveen Thakral are among the first list of pilgrims visiting Kartarpur. Manmohan Singh has never visited Pakistan in his ten years of tenure as Prime Minister. Manmohan was born in the Punjab province of Pakistan and moved to Amritsar after the partition of the country. Besides, Pakistan’s invitation to former PM Manmohan Singh for the inauguration of the Kartarpur Corridor was ignored by PM Narendra Modi. Finally, Manmohan was on the 4th October 2019 Current affairs. 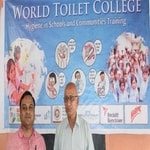 A college has created a record in training sanitation workers. Harpic World Toilet College in Maharashtra has given training for more than 3200 people. This is the first world time record of India that such a large number of trainers. The college was found in August 2018. This is the first toilet college in India for starting training on maintaining toilets. The main objective of the college is to educate the sanitation workers so that they do not become vulnerable. The college will form a batch of 25 to 30 workers and take the 3 hours daily sessions. Personal training and general awareness are the prestigious training provided by this college. Therefore, Harpic World Toilet College was on the 4th of October 2019 Current Affairs. 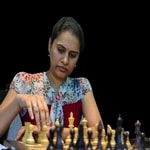 FIDE is the international chess federation that has released the chess player rankings on Thursday. In FIDE rankings, Andhra Pradesh’s Grandmaster Koneru Humpy has reached the 3rd rank in the International Chess Federation of women’s rankings. Olden days Humpy has won many medals and trophies but from the last two years, there was no record in her career. Humpy recently won the Grand Prix Tory in Russia and won 17 rating points. World Champion Zhu Wen Zun from China is in second. Finally, Hu Ifan from China is in the first rank in FIDE rankings. Harika is in the 13th position in the Fide rankings. Andhra Pradesh Grandmaster Harikrishna  ranks 18th in the Open category.